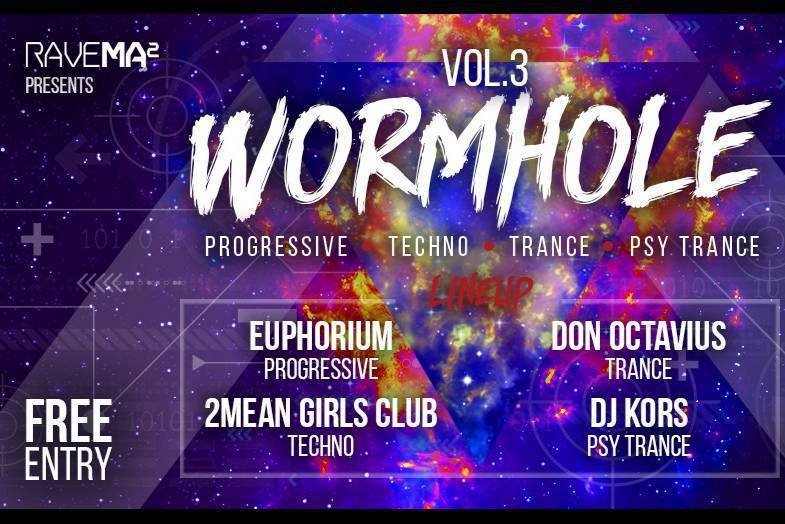 Wormhole Vol.3 is back for more discovery and music exploration. Let's see who is going to dj and playing some sick tunes!! If you love PROGRESSIVE, Techno, Trance & Psy Trance, I hope to see you on the dance floor again! This is a FREE EVENT and a series that will see Rave Mama collaborating with different venues around Hong Kong to throw genre themed parties. We will be working with up and coming DJ’s who are looking for a platform to showcase their talent and with many working with us for the very first time. Our goal is to give new DJ’s a chance to play in front of a crowd and also for experienced DJ’s to explore genres that they rarely have the opportunity to play due to restrictions at certain club residencies they hold. Rave Mama is very excited to work with Artists from any musical background and at any skill level as we aim to everyone worthy a platform to shine. At Wormhole, music genres showcased will include Progressive, Techno, Trance and Psy Trance. Each DJ will have 1.5 hours to perform their showcase giving guests a vivid selection of music throughout the night from slow driving hypnotic beats through to uplifting high energy tunes.

EUPHORIUM MUSIC
Euphorium is the new Electronic dance music project by Sheldon Multiverse. It is also the pseudonym, alias and alter ego. Euphorium is a medium to express feelings and emotions through music, by allowing you - the listener to feel emotionally connected to the sounds, vibrations and frequencies that are presented in any and all creative shapes or forms. The “Sheldon Multiverse” name, concept and music was initially based on this idea or project which was originally going by the name “Emotion FX” since 2009 but over the years this name eventually became the name for the unpublished EP of the same name. Eventually as of November this year the name has officially changed from Emotion FX to Euphorium. Originally from Durban, Kwazulu Natal in South Africa then relocated to Pretoria East, Gauteng in South Africa then moved to Shandong, China and now living in Hong Kong.

DON OCTAVIUS
26 year old DJ from Hong Kong working to make the city a hub for artists & listeners with a passion for discovering new and exciting realms of music.