By logging or signing up, you accept Electric Soul’s terms and conditions. 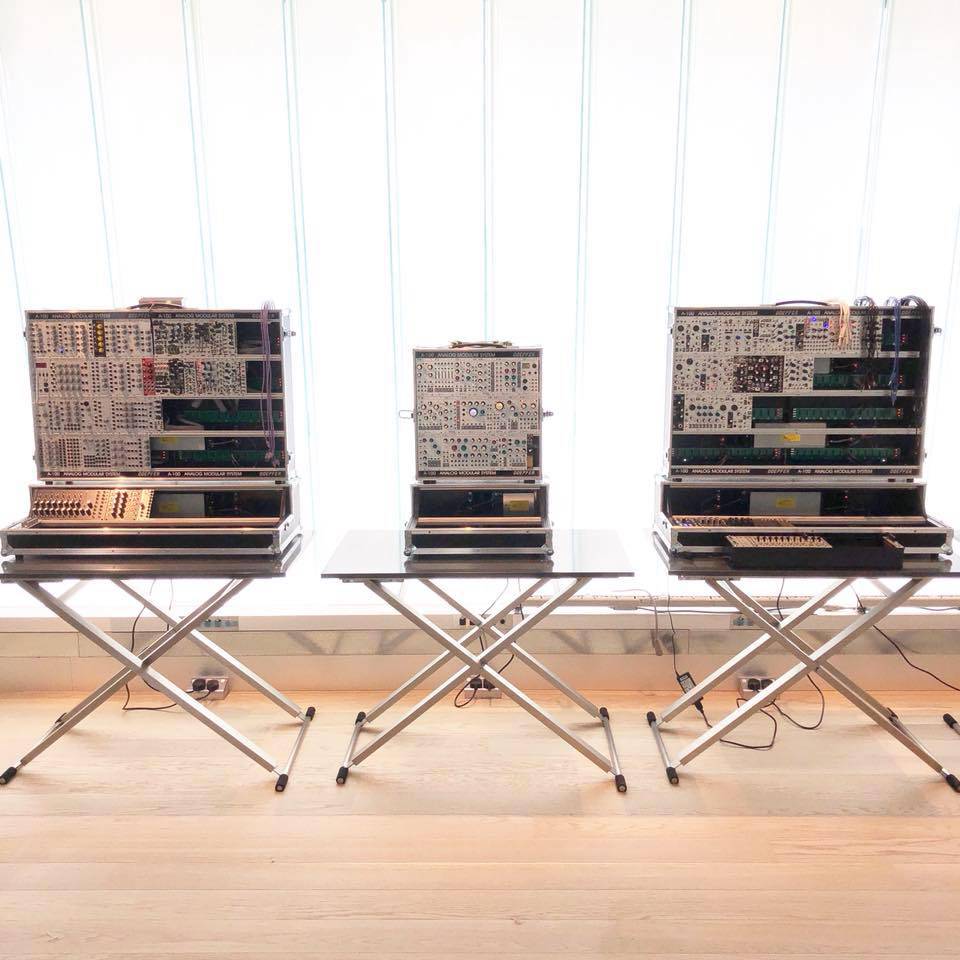 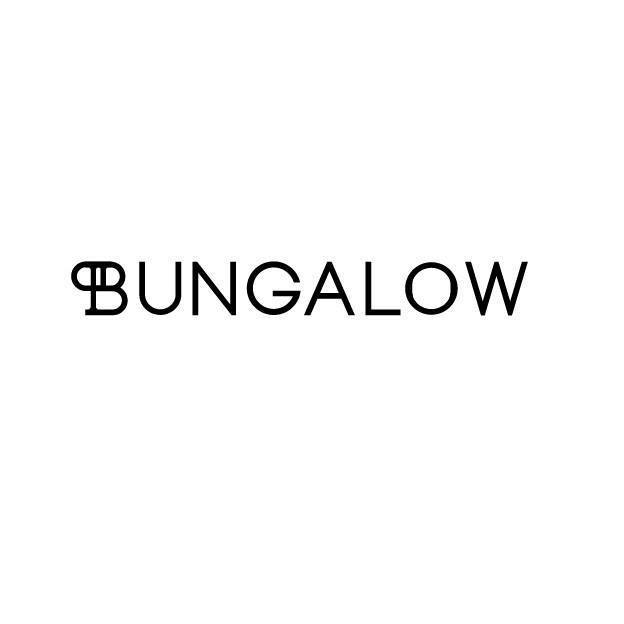 club
With an area of 6,000 square feet, Bungalow provides an elite night club experience unlike any other in Hong Kong. The posh venue is equipped with the latest entertainment and lighting systems, boasting a top-of-the-line Funktion One immersive sound system set-up, VIP tables, and an island bar. Bungalow takes pride in a cutting edge design with a modern-vs-traditional atmosphere via J. Candice Interior Architects’ contemporary blue-and-white neon interpretation of renaissance decadence. 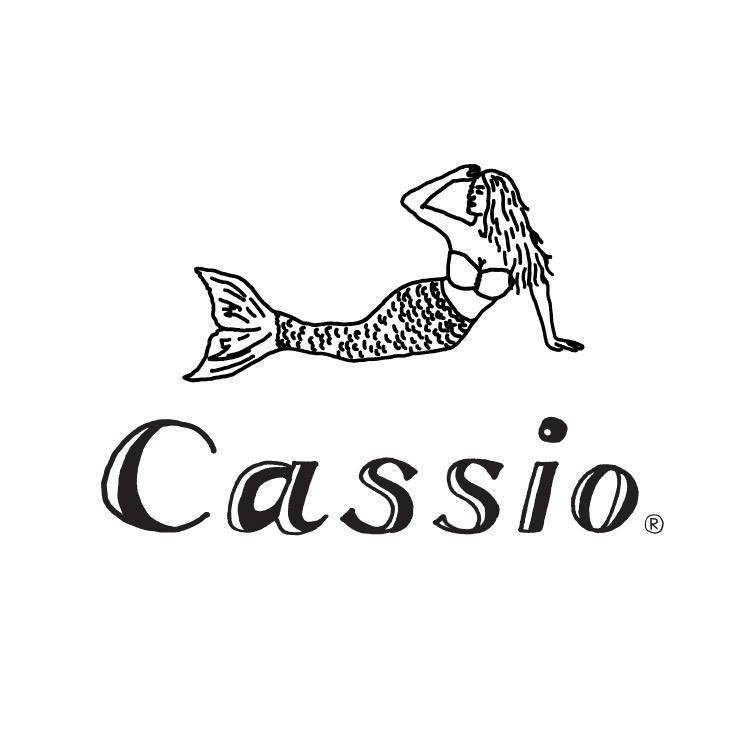 club
Cassio - an intimate, eclectic lounge bar and restaurant curated by dragon-i Group. In Cassio, we celebrate the Spanish format of eating – accessible, vibrant and stylish. We offer a mix of sophisticated and contemporary tapas, consisting of a variety of starters, cold cuts, salads, as well as desserts. We cater for those who intend on enjoying themselves over a glass of wine whilst exploring and sharing an array of different flavours of bites crafted with originality. Our kitchen team has carefully selected quality producers to secure a constant display of fresh seafood, exclusive acorn fed Iberico ham sliced by hand and the best array of seasonal ingredients, together with a creative dessert menu, to offer an enjoyable culinary experience. Designed by Fabrizio Casiraghi, the modern, three-room space is warm and intimate with elements of vintage, giving Cassio a groovy, eclectic ambience. Cassio is a place for those who enjoy groovy music and quality food that punctuate all hours of the evening. Channelling vibes through multiple music genres we grew up with from R&B, Disco, House, 80’s, Latin, Salsa, or even a bit of Reggae and Deep / Tech House which we are currently in love with. It is a place where you can hold a conversation, have a drink, enjoy shared plates of crafted bites. Come and enjoy your evenings within a convivial ambience and connect with the music and dishes we offer at Cassio! Dress Code: Smart Casual We respectfully request that guests refrain from wearing beachwear, sportswear, flip-flops, sandals & caps. Shorts and sleeveless shirts of any kind are not allowed for gentlemen. 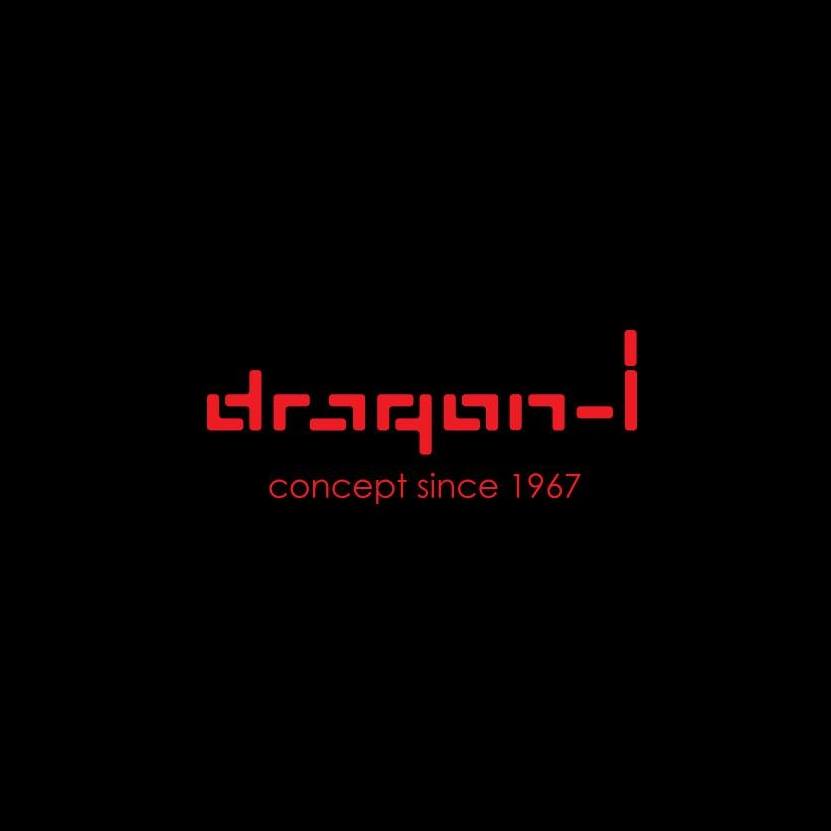 club
dragon-i is Asia's most creative and eclectic vision of lounge, dining and partying for the global glitterati 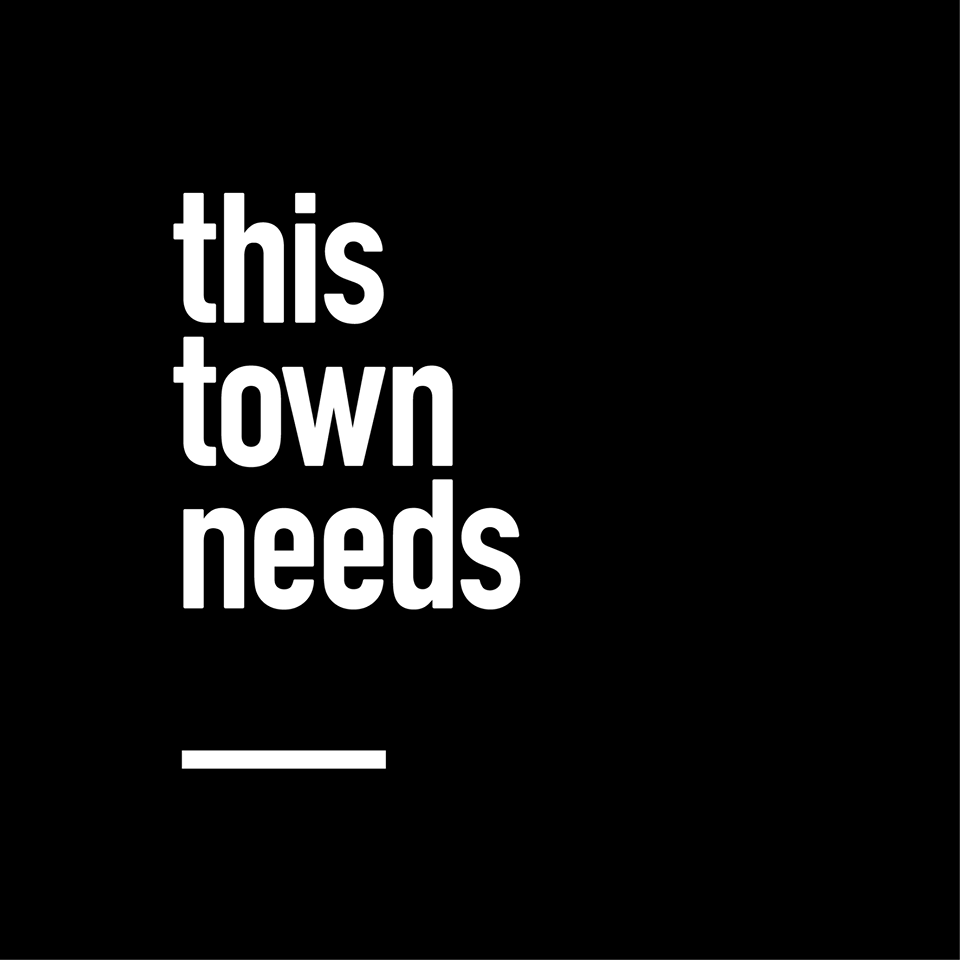 club
Hidden Agenda began in 2009 when a couple of post-80’s music lovers came up with a crazy idea: transform a band practice room situated in an industrial estate into a venue for live indie music. Within a year it had become a hot spot for local musicians and bands, and even attracted the attention of foreign musicians touring Asia. Unfortunately, the ironically-named “Industrial Building Revitalization” act by our government forced us to evict and terminate the venue. Supporters and musicians at HA wrote their names and messages on the entrance door in a final act of protest. This door was presented to the Art Development Council following a protest by artists against the revilalisation act. After the closure, a new location was found. Many helped to transform the industrial space into a larger and improved ‘live house’. The new venue has a bigger stage, better sound system and can cater to an audience of up to 300 people. It also features a backstage lounge for performers, a sound engineer/lighting ‘island’, bathrooms and a bar. Hidden Agenda was able to bounce back by organizing more than 60 shows within one year featuring local and international artists with a diverse range of genres such as rock, heavy metal, jazz, folk, punk, post-rock, reggae, visual rock, hip-hop, experimental, noise, techno and more. In the end of 2010, Hidden Agenda was picked by Time Out Magazine (HK) as the best venue in Hong Kong. Hidden Agenda has since began utilizing its space for other purposes as well as live shows. Some events have included film screenings, classes, workshops, parties, art exhibitions, handicraft markets and private events. However, in this era of commercialized pop, the main focus has always been, and always will be keeping local and indie music alive. Anyone seeking music outside of the mainstream is welcome at Hidden Agenda. We hope someday you’ll join us, and the world will live as one. 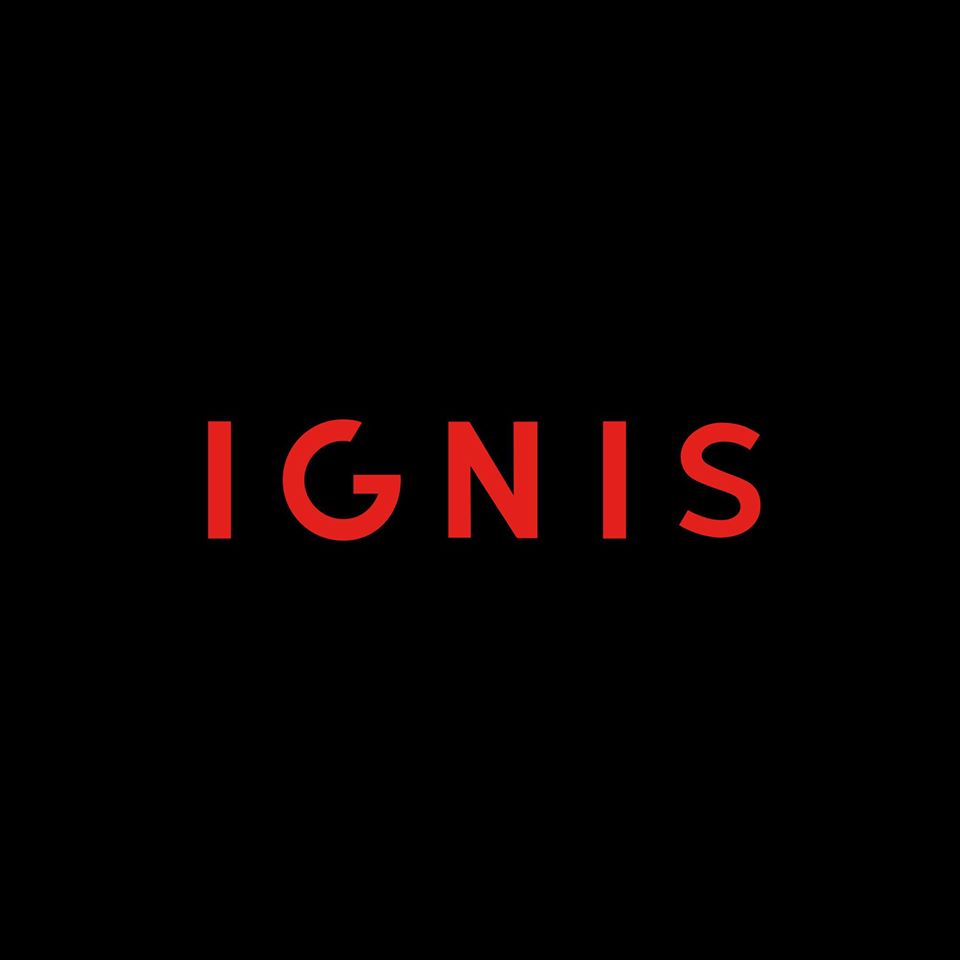 club
Superbly located in the heart of Central, Ignis is the absolute embodiment of sophistication and ultimate nightlife innovation. With an exclusive and intimate ambience, Ignis welcomes discerning music lovers, connoisseurs and international jet-setters with a premium party experience and tantalizing dining specialties. A convergence of style, music and above all, fun. Ignis embraces the new and the unknown. Spanning across two storeys in Lan Kwai Fong, Ignis’ visually stunning environment encompasses a nightclub and a restaurant which fuses seamlessly to offer a one-of-a-kind nightlife experience. Featuring a state-of-the art sound system and immersive lighting, Ignis is the perfect cross section between high-octane clubbing and intimate lounge atmosphere. Focusing on quality music with a list of rotating residents and international guest DJs, Ignis brings the best talents from the house and techno spectrum. At Ignis, our chefs are constantly pushing culinary boundaries with cutting-edge techniques and modernist artistry through ever-evolving menus. Ignis offers a unique dining experience highlighted by a diverse menu with top-notch gastronomic delights created with boundless creativity that nevertheless puts prime importance on quality produce and honest food. Focusing on developing an immersive and multi-sensory cocktail experience, our original creations are made with quality homemade ingredients and infusions, and, above all, attention to detail. 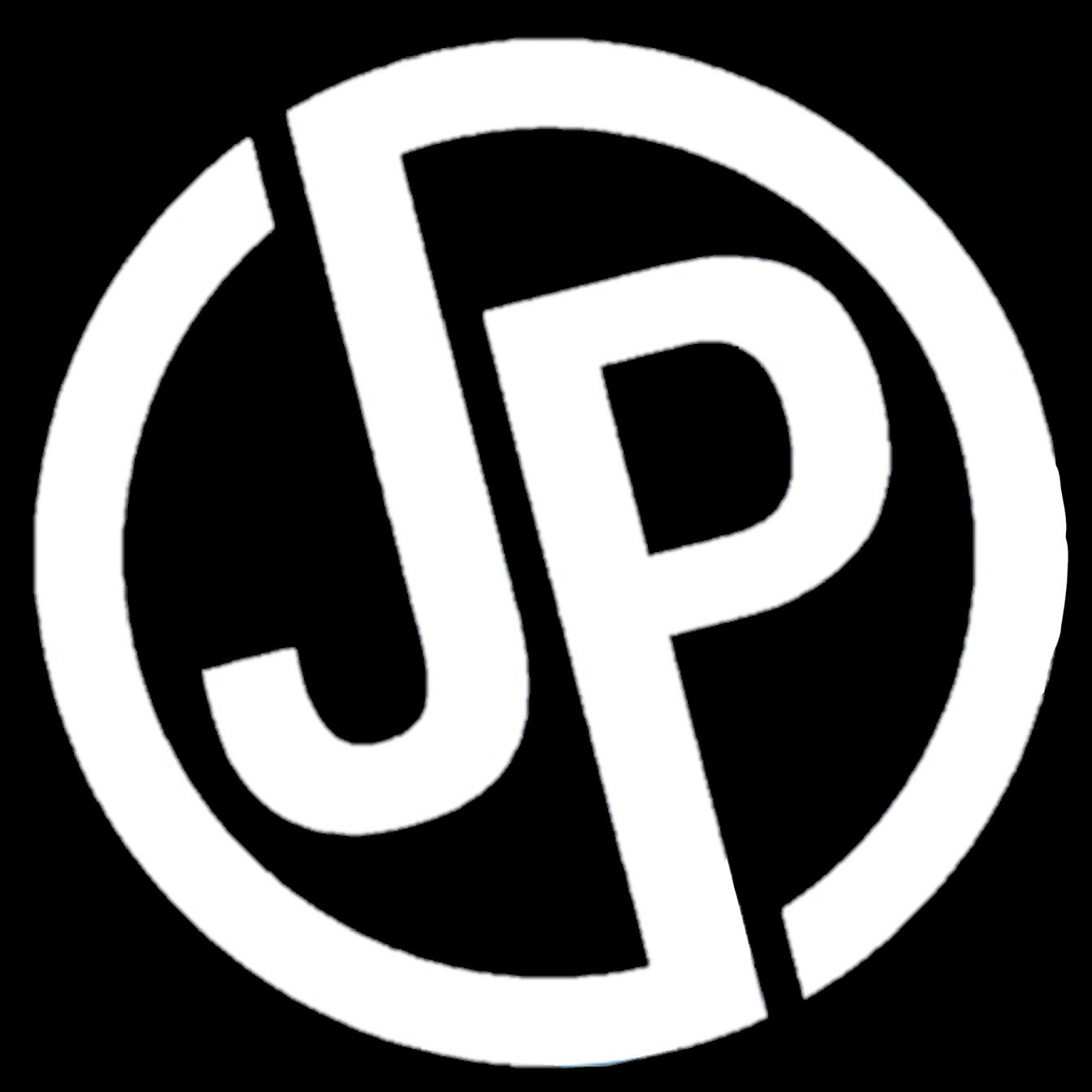 club
Junk Parties HK is the ultimate producer and host of killer boat parties. We specialise in providing Hong Kong's best DJ's, high-end sound systems with great food and drinks packages to match the party experience. Junk Parties HK have now collaborated with VG a multifunctional A/V company to proved quality sound, lighting and artist bookings at sea. To top it off we have joined forces with an array of restaurants to provide the cuisine of your choose. And to make life easy and fast to gather your friends and get the party going all tickets will be going through the Pelago app. Junk Parties HK team has extensive experience in throwing parties and have been involved in over 65 Junks since 2015. We offer our services to a wide range of clients such as privet parties, corporate events and individual or group attended ticketed boat parties Below is the range of services we can provide for your day at sea. Boat charter: We have 3 different styles of boat available for the charter that can host various groups and styles: - Standard wooden junks available for either 30 or 40 person's, if over 40 people then hire two and we can tie them together. These are the most popular charter option: - Jacuzzi Cruiser is a unique large party boat with a capacity of 55. It has an awesome open top deck complete with DJ booth, bar, jacuzzi and massive water slide. This is the ultimate party junk boat perfect for music-focused events. - Michelangelo luxury wooden style junk with a capacity of 55. This boat is suited to special an occasion and events. It's spacious, classically designed and is the only boat of its kind in Hong Kong. Free flow drinks or FFDs: Ice cold free flow drinks are served. Our extensive free flow includes vodka, rum, gin, white wine, bubbles, beer and soft drinks. Our FFDs packages are catered to your needs and include two friendly bar staff. If you have organised your own charter on another boat take the hassle out of sourcing your own drinks and take Junk Party's FFDs for a proper free flow that other companies will struggle to match, just contact us for a quote. Unlike other standard junk packages, we offer a selection of Hong Kong's finest DJ's, live performers and great sound systems all to provide the perfect music for any junk party. Our resident DJ's will be posting regular mixes on the page for you to listen, for more information please send us a message. All equipment and technical support come from VG, HKs premier underground events company. 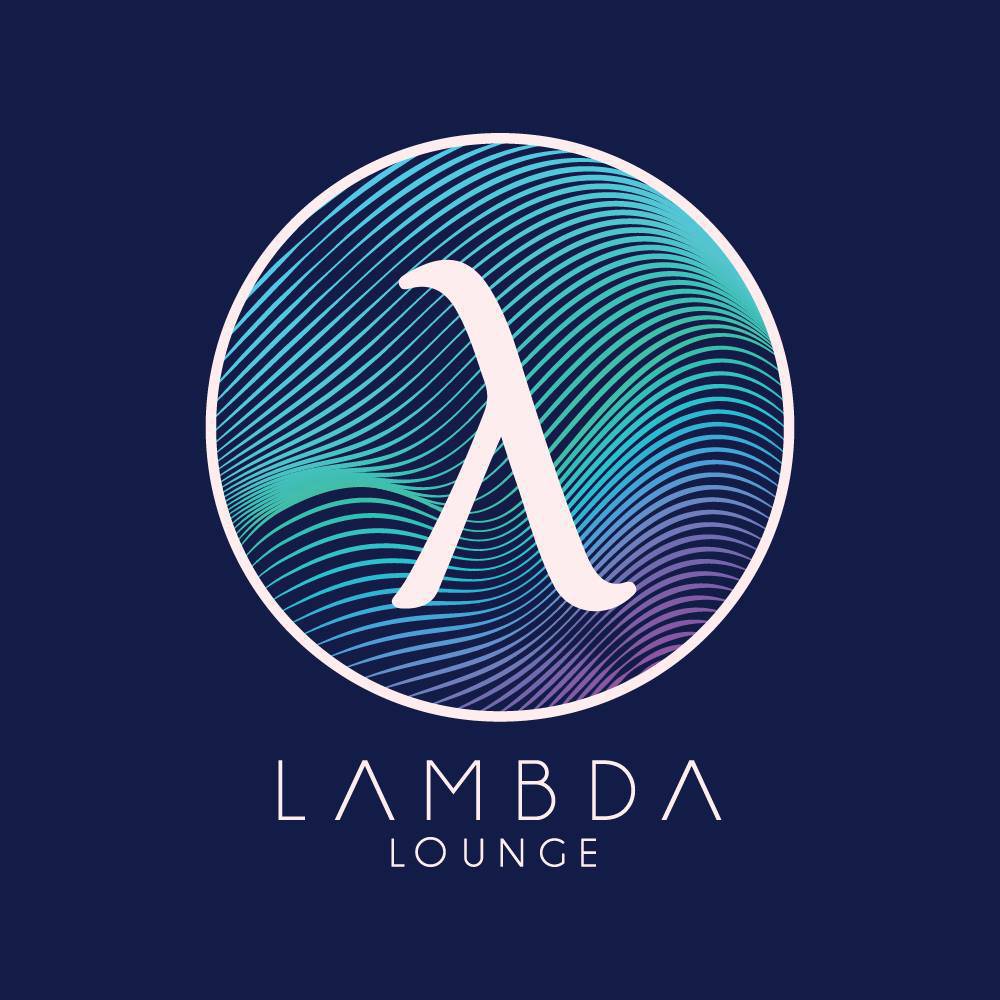 club
Lambda Lounge Page for the latest about Hong Kong's premier inclusive and multi-functional entertainment space; with updates on Show Times, Club Nights, After-Parties, Exclusive Guest Stars, Community Events and more.
108 Hollywood Road, Sheung Wan, Hong Kong
This website uses cookies
We use cookies to personalise content and ads, to provide social media features and to analyse our traffic. We also share information about your use of our site with our social media, advertising and analytics partners who may combine it with other information that you’ve provided to them or that they’ve collected from your use of their services