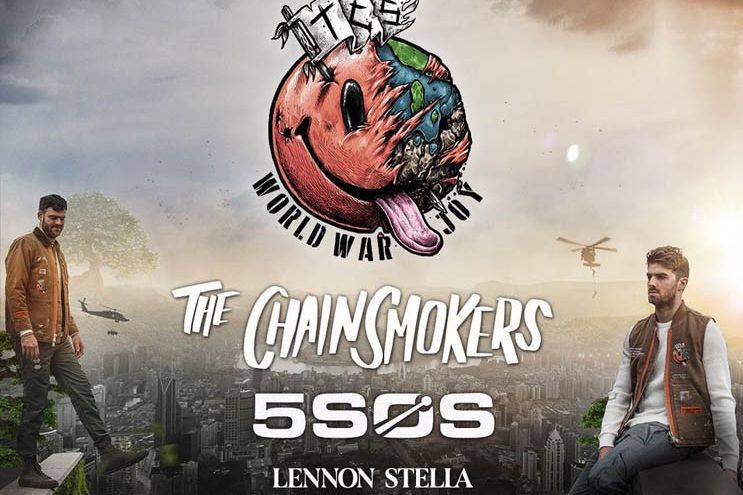 THE CHAINSMOKERS
The Chainsmokers is an American DJ and production duo consisting of Alex Pall and Andrew Taggart. Musically, The Chainsmokers have had a very busy year. Their signature sound has its foundations in Indie, Progressive and Pop Music. Currently, all of their remixes have all found their way onto Hype Machine’s popular charts, all charting in the Top.. Wise beyond their years and aggressively handsome, these two overachievers are focused on success… Never before has the world seen two furry browed individuals such as these two… As you might have imagined Alex and Drew did not meet on the set of their Vogue Cover shoot while surrounded by super models, but rather somewhere else.

Best Records:
"Something Just Like This"
"Closer"
"Don’t Let Me Down"