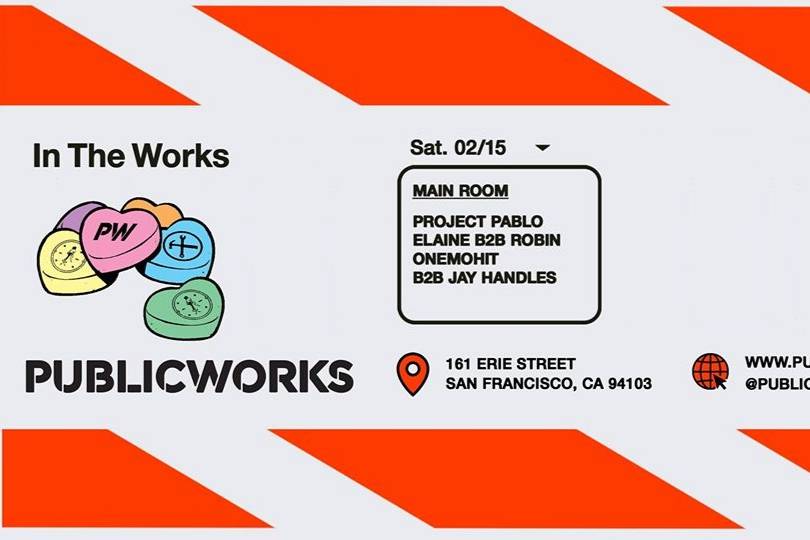 PROJECT PABLO
Project Pablo aka Patrick Holland is a Musician and DJ residing in Montreal, Quebec, Canada. Over the years he has released a wide array of records, spanning energy levels from bed time to peak time. While his long form efforts “I Want to Believe” and “Come to Canada You Will Like it” aim to soothe, the extended plays reveal clubbier euphoric elements; as heard through 2018’s “Hope You’re Well”, via Technicolour, and 2016’s “One For Some”, via Clone. Outside of solo endeavours, Holland co-pilots imprints ASL Singles Club and SOBO, all while collaborating with friends under the monikers Jump Source, Rest Corp and 2 Responsible. 2019 sees Holland turning focus to his own imprint Verdicchio Music Publishing with a string of solo records, as well as a new found catalogue reserved for Jump Source’s creations.

ROBIN SIMMONS
Robin is a DJ, graphic designer, party promoter, San Franciscan by way of Santa Cruz, and incredibly grateful human being. His love for music and passion for selection were discovered and nourished in the back alleys of house, disco, p-funk, go-go and r'n'b. In 2011, alongside DJ partner Elaine Denham, Robin launched "Odyssey": an all-night psychedelic get-down that can be found from time to time in above-ground clubs such as Public Works & Beatbox. As a DJ, Robin holds down regular sets at the Powerhouse, Q Bar, The Stud and El Rio, amongst others. Thrill seekers should check in for gigs and events on Pride, Folsom, Dore, and NYE weekends.