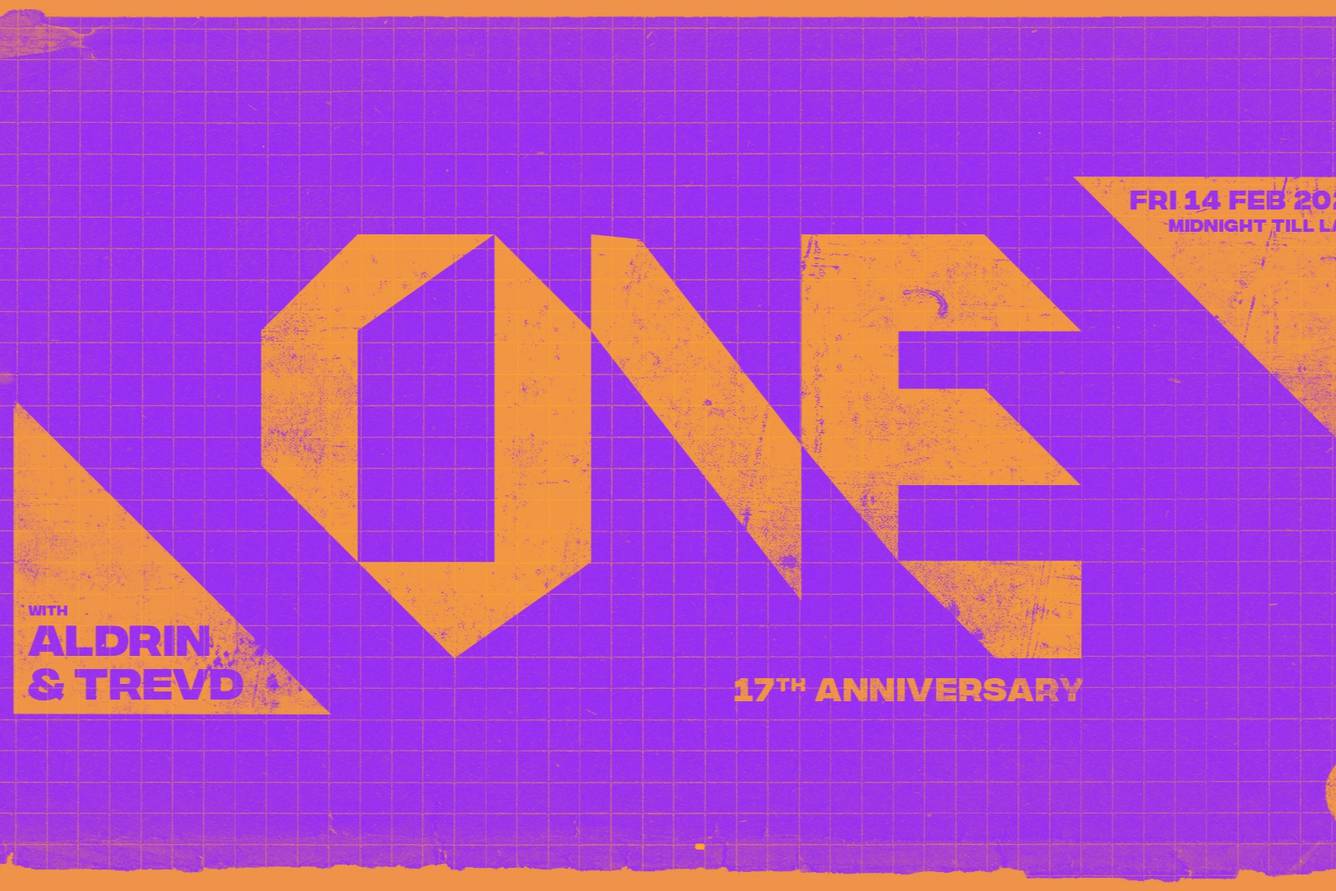 ONE with Aldrin 17th Anniversary

This 14th February, ONE celebrates 17 years of moving dancefloors on this little red dot since the turn of the millennium. Anchored by local stalwart Aldrin, this signature night has seen its soundtrack morph from percussive tribal grooves, progressive rhythms and dark techno beats through electro house, tch house and minimal, and now comfortably straddling between indie disco, house, techno, and all the idiosyncrasies in-between, as the night rolls into the new decade. Joining Aldrin on this special date is a good friend and fellow Valentino – TrevD, so it's gonna be a triple birthday celebration! With TrevD's distinctive organic sound that embraces the deep, dark and gritty, and citing early influences from the likes of Kraftwerk, Depeche Mode, DJ Koze, Ame and Richie Hawtin, you'll be in for an eclectic treat when the boys come together to take over the controls of TUFF CLUB.

ONE WITH ALDRIN
Voted “Best Local DJ” in both Juice & I-S Magazines in Singapore; nominated as “Best New Comer” for the Ibiza DJ Awards while UK's Dance Magazine Muzik referred him as Asia’s Number One DJ, Aldrin has been a key figure in building up Singapore's vibrant dance scene since the turn of the millennium, championing his genre-bending sets through his signature 'ONE with Aldrin' nights at the legendary Zouk Club in Singapore, and guest spots all over the globe, including clubbing capitals like Ibiza, Berlin, London, New York and Tokyo. Aldrin's remix of "Love In New Wave" by Singapore rock band Electrico received massive airplay by Pete Tong on his BBC Radio One show. A 2-hour set on BBC's Essential Mix, making Aldrin the only South East Asian to be on the show, plus Superstar DJs Danny Tenaglia and Marco Bailey both singling him out in the DJ Mag Top 100 Poll as a DJ to watch, have only underscored Aldrin's position as an international DJ/Producer that Asia can call their very own.