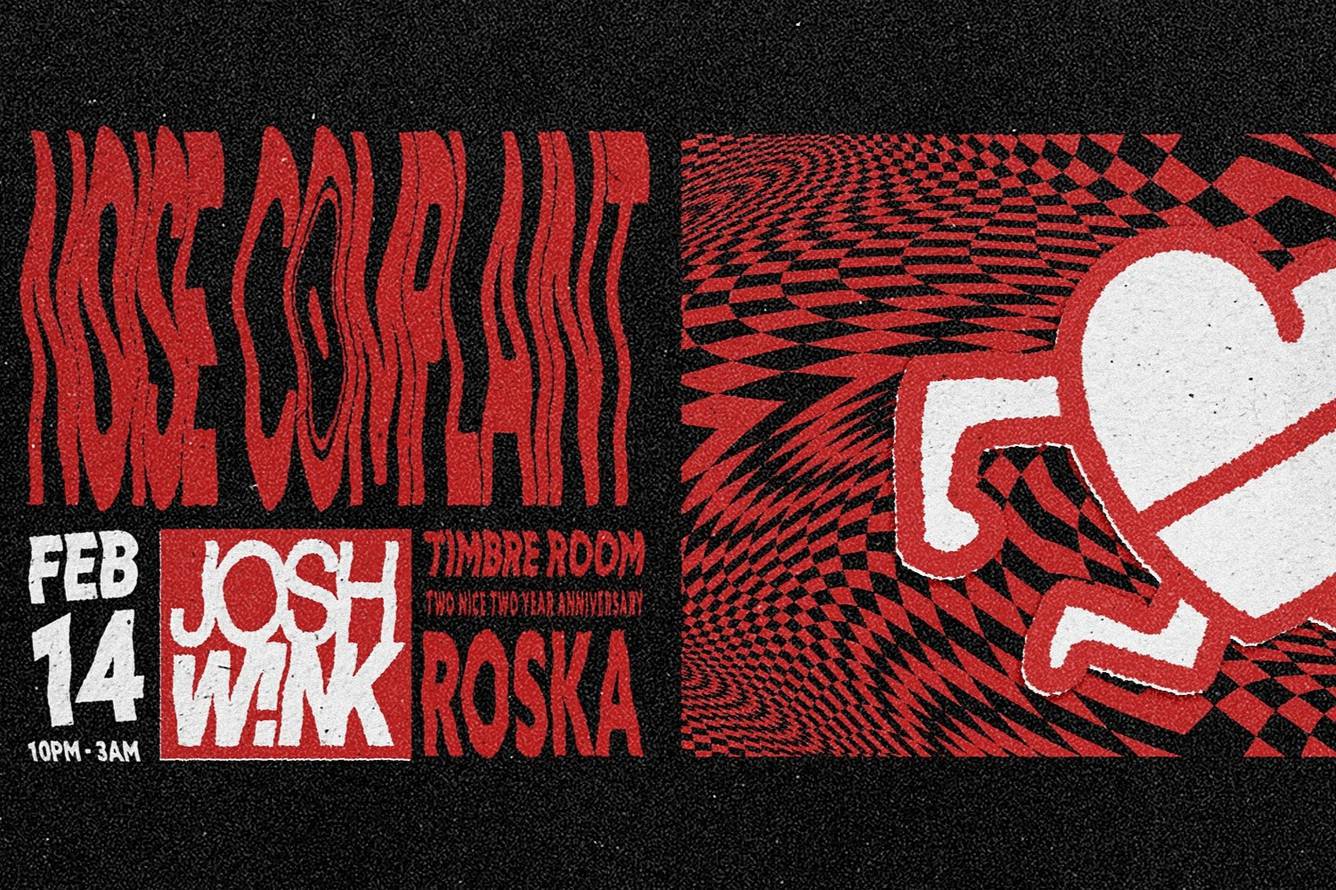 Noise Complaint, Two Nice, and the Kremwerk/Timbre Room Complex are proud to present, two rooms of thoughtfully curated music featuring: Josh Wink. Some people get pigeonholed as being into just one thing, Wink remarks, I hate that. When there are rules, it doesn't become art, and it's not fun. I've learned that you can't please everybody, so I'd rather be concerned with making good art, and the people that like this art will stick with you.

JOSH WINK
An American producer who simultaneously possessed European hit singles, a major-label album contract, consistent contact with the dance mainstream, plus the requisite underground credentials, Josh Wink appeared to lack for nothing at the peak of his success in the mid-'90s. Part of the East Coast/Philadelphia dance scene, Wink recorded three trance monsters out of his bedroom studio that topped charts in Europe during 1995 and saw him anointed as a dance poster boy, easily recognized by his ruddy good looks and flowing blond dreadlocks. Hardly the techno kingpin, however, Wink's espousal of a vegan lifestyle and his defiantly anti-drug ideals made him something of a unique personality in the hedonistic world of dance music. After being turned on by punk rock in the '70s, Josh Winkelman was inspired by a diverse group of dance-styled artists during the 1980s ranging from Depeche Mode to Kraftwerk to Run-D.M.C. and began working with a Philadelphia-based mobile DJ service from the age of 13.