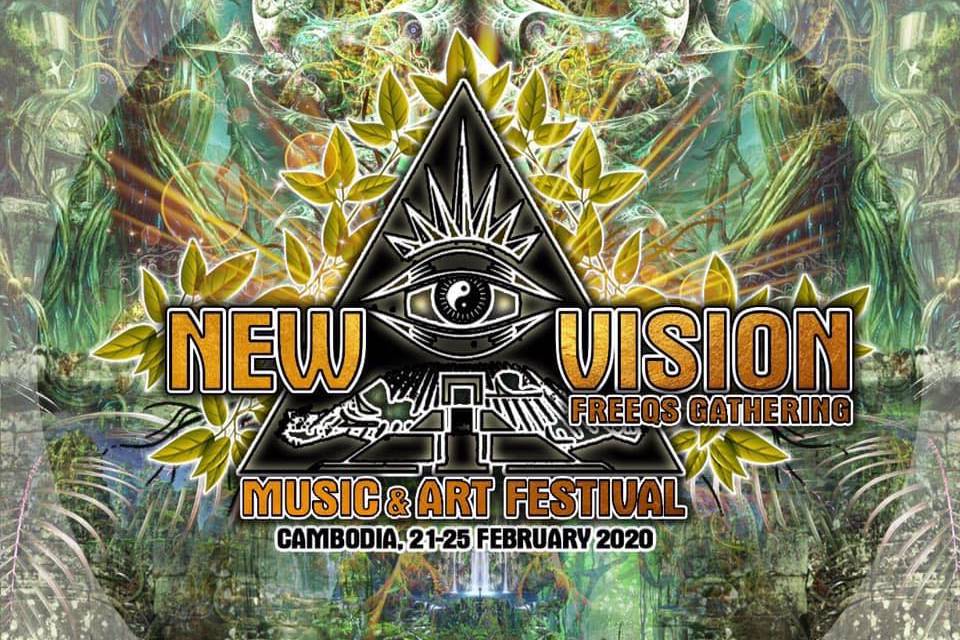 The organisers of this extravaganza are seeking to create a friendly setting to convey their message through ART, MUSIC, Body arts, Healthy Lifestyle and entertainment. "NEW VISION FESTIVAL", a four-day event, will be held at the, Chumkiri district near Kampot, Cambodia, February 2020 !! This Eco friendly music art festival is founded on 9 pillars – Art, Music, Family, Farm to Feasts, Talks & Workshops, Yoga / Tattoo conventions, healthy food and life style - aiming to preserve a positive and motivational community in a new location, to develop and keep the vibe of this culture alive for our future generations! This is wholly an international cooperative project without focus on specific country, culture or creed. It’s all about Psy trance without borders.

ACID MIND
The Acid Mind project by Luca De Rossi, an Italian Dj & Event Promoter, was born between 2007 and 2008 within a group of people called Davya Crew, making free parties in Veneto. Acid Mind took his inspiration from his very dear friend Dj Ilai, who taught him to use the CDj and so connecting him to the psytrance scene. The musical style of Acid Mind is currently ranging from dark to forest till the contemporary twilight and underground. He played all over Italy during the last years, becoming very quickly a landmark for the whole Italian trance scene. He started lately his international experience playing his djsets also abroad in Romania, Switzerland, Austria Luxemburg and UK and Ozora,sonica,human Evolution,black Moon Festival. In 2013 he joined the well known music label WOO-DOG Recordings and in 2016 he began to collaborate with the new Brazilian label Paramystical Recordings. Since year 2015 he became also an active partner of Sonica Dance Festival in Italy, taking care of all the technical production.

BOOM SHANKAR
German based Boom Shankar is a Dj for Psychedelic Trance, the label manager of BMSS Records and an event promoter within Europe. Having been initiated into the Goa Trance scene in the early Nineties and by traveling the globe ever since, his sets are a mirror of the constant melting pot of fundamental Psytrance characteristics. Whether he is guiding the dance floor through the night or into the morning, the outcome is always a voyage filled with a depth and an energy that allows the crowd to feel a sense of freedom through Trance. Groovy, deep, mature, hypnotic and clearly distinguishable. Having played at many underground & major events worldwide, he has developed a full understanding of the flow and the energies of each dance floor and is flexible in terms of "styles". Through his impromptu sets, he is able to interact personally with each dance floor, taking the audience on a trans-formative journey. His sets are a direct form of communication through music.