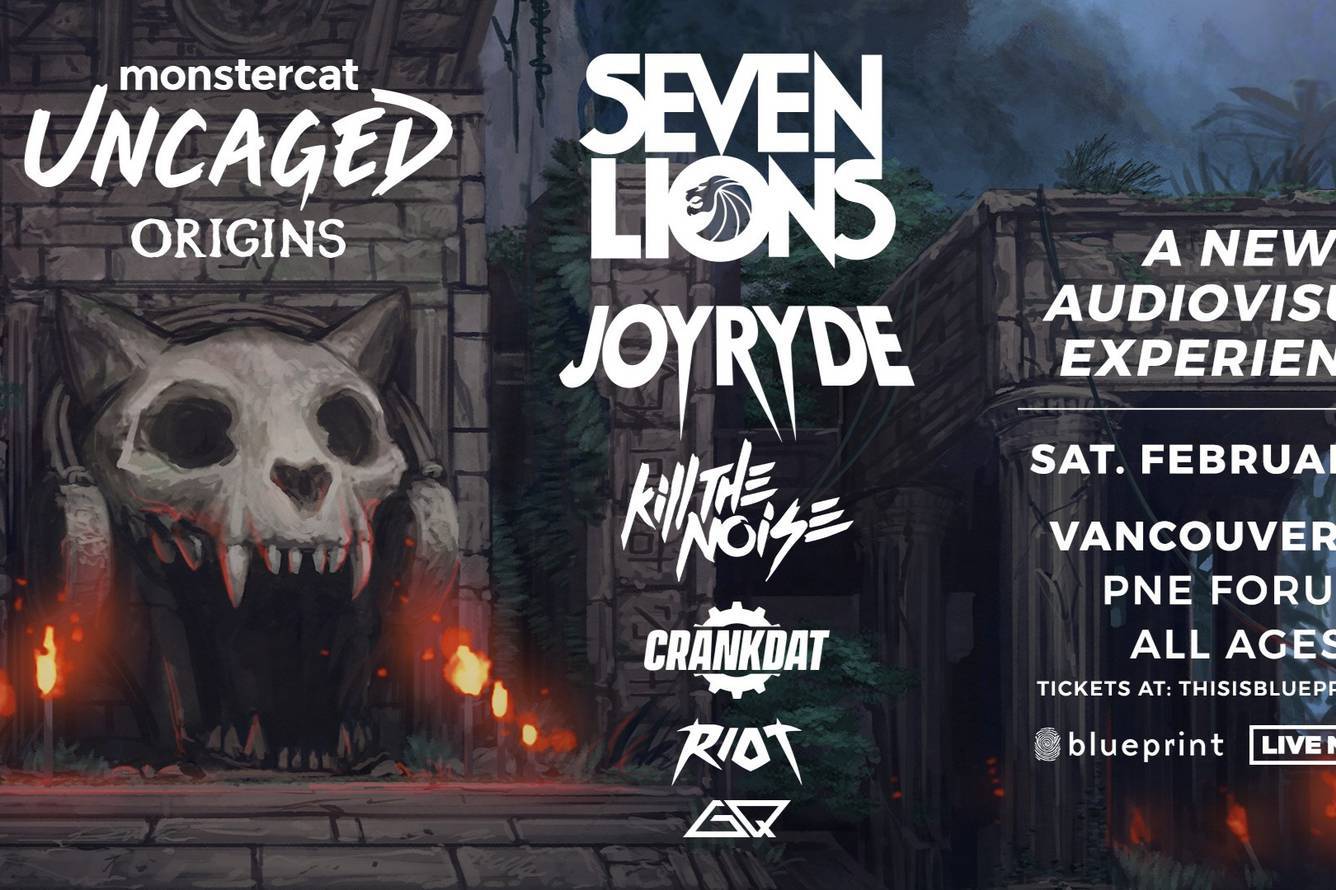 Journey into another world and uncover the breathtaking mystery of Monstercat's origins. Join us at the largest Monstercat event to date as we present a brand new audiovisual experience exploring our world like never before.

SEVEN LIONS
Melding mainstream pop, trance, and dubstep, California producer Jeff Montalvo quickly amassed a cult following under the alias Seven Lions. The onetime drummer transitioned to music production in 2007, and shortly thereafter he won a competition held by the trance act Above & Beyond by remixing their song "You Got to Go." Success snowballed. At 25 years old, his debut EP, Days to Come, was mentioned on Vibe's Top Electronic Albums list of 2012, and later that year he gained attention internationally when his music picked up regular rotation on BBC's Radio 1. A second EP, Polarize, was released by Viper Recordings in April of 2013. He moved to the Casablanca label and a year later the Worlds Apart EP hit number two on the Billboard Top Dance/Electronic Albums chart, also landing on the Billboard 200. Continuing a slowly growing emphasis on song form, The Throes of Winter returned him to both charts in 2015 and topped the Heatseekers Albums chart. In 2017, the Creation EP became his first Billboard dance/electronic number one. The following year, Seven Lions launched his own Ophelia record label, marking the occasion with the single "Calling You Home." More label releases followed quickly including the Ocean EP with Jason Ross, and the Start Again EP, which included the single "Dreamin'," with Fiora. Also that year, he paired with Slander and Dabin on the single "First Time."

JOYRYDE
JOYRYDE emerged into the music scene in 2016 and his journey has been as unique as the man himself. His talents don’t simply reside in the studio or on mainstage festival stages; JOYRYDE is a multi-hyphenate talent who brings his signature style and taste to the worlds of fashion, directing, and production design. JOYRYDE’s music has garnered support from the likes of Skrillex, DJ Snake, Diplo, Major Lazer, Yellow Claw, Tchami, NGHTMRE, Jauz, and more. His first tour made headlines with the debut of his “C.A.R” stage production, or “Calling All Rydrz”, the first design of its kind. The unique stage featured JOYRYDE perched atop at 1969 matte black Dodge Charger, playing everything from garage, bass house, UK grime and hip hop. His relentless touring schedule has allowed him to perform at music festivals including Ultra Music Festival in Miami, Lollapalooza in Chicago, Electric Zoo in New York, and EDC Las Vegas and Orlando. As well as conquering international festival stages such as Lollapalooza Paris, EDC Japan, and many more.