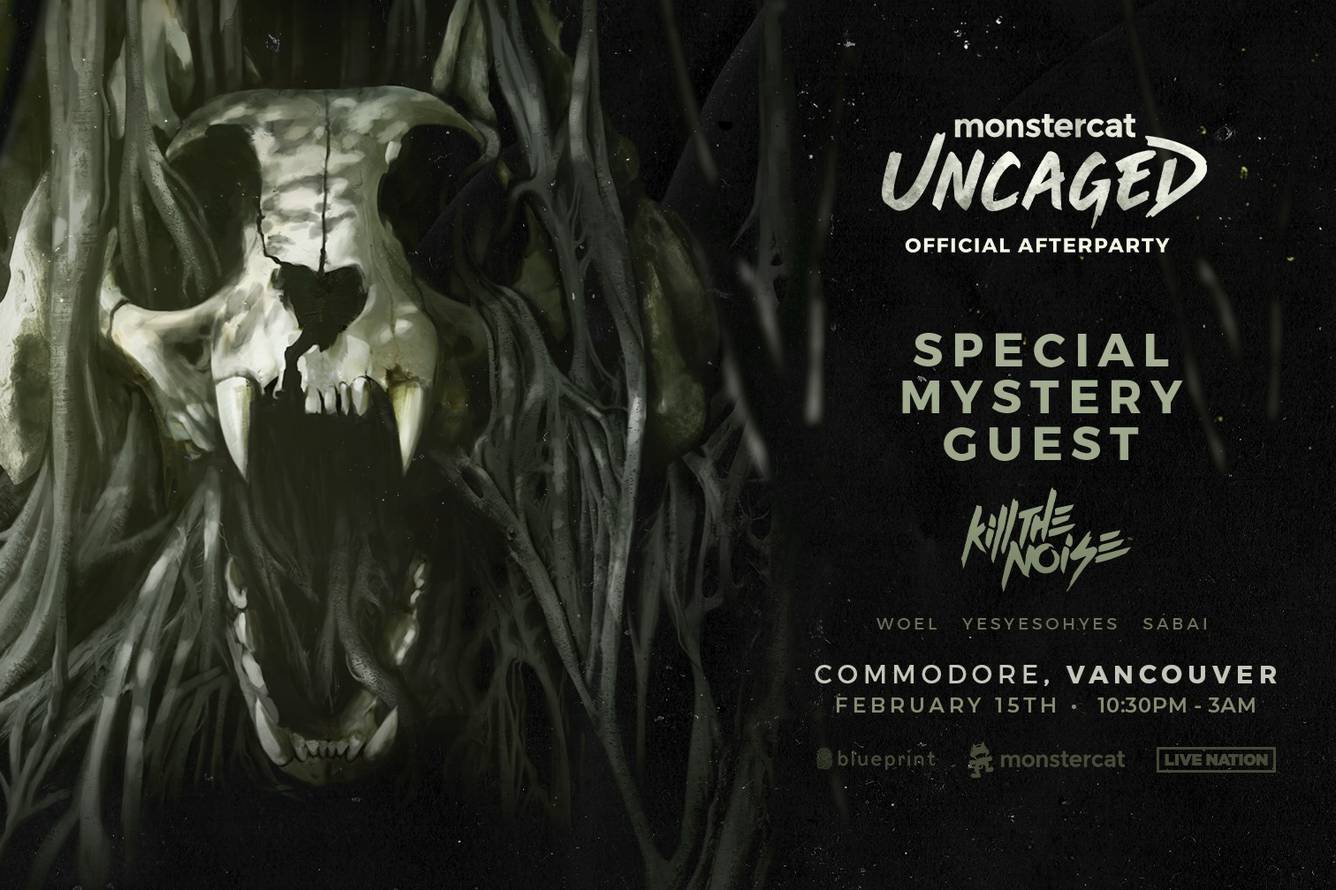 Join us for the Official Monstercat Uncaged: Origins Afterparty at The Commodore Ballroom featuring: A Special Mystery Guest & Kill The Noise with guests Woel, YesYesOhYes and Sabai on Sat.

KILL THE NOISE
The music of Jake Stanczak, better known as American producer and DJ, Kill the Noise, was born out of an era where Ridley Scott imagined utopian futures on the silver screen, and artists like NIN and Aphex Twin rocked MTV. After channeling the influences of his youth through over a decades’ worth of forward­driven electronic releases, and charismatic live shows, the name “Kill the Noise” has become synonymous with some of the leading acts in dance music getting creative in the studio with the likes of Dillon Francis, Deadmau5, AWOLNATION and Skrillex and as 2017 unfolds, he’ll be unveiling even more material.