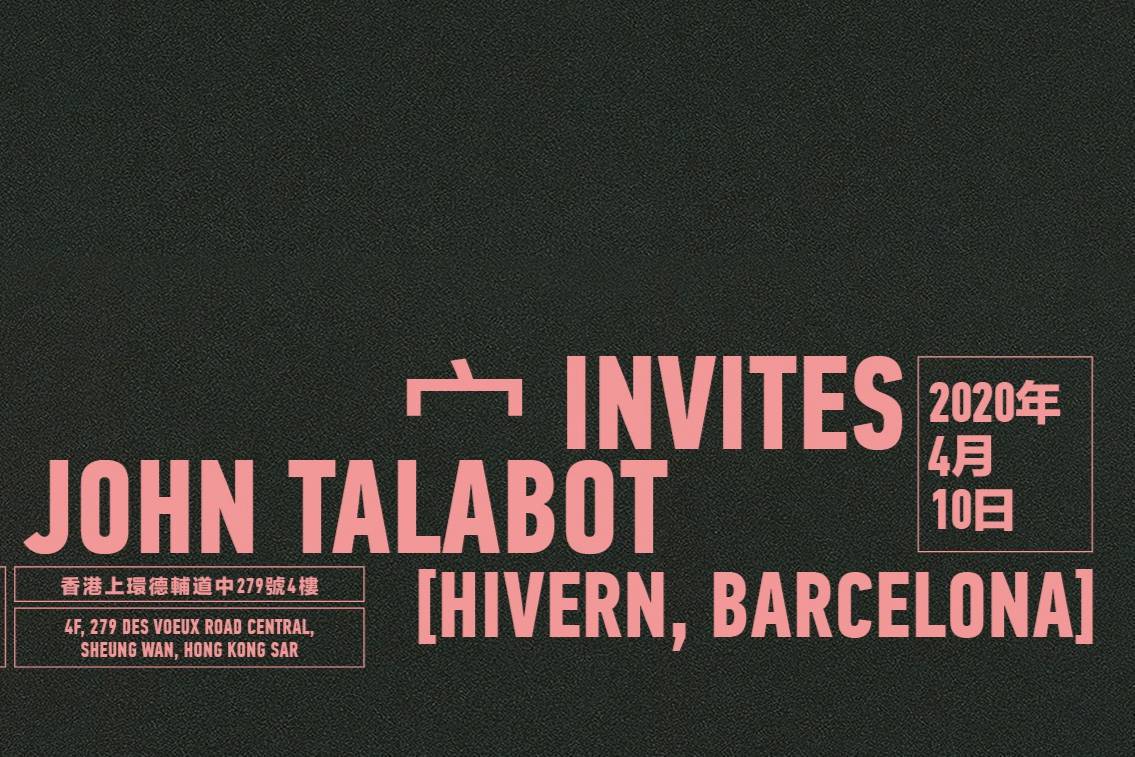 Spanish House legend and slow-building maestro coming straight from Barcelona to play in our boutique club on the 10th of April.Tickets info coming soon.

No photos. No dresscode. Feel free to feel free.

JOHN TALABOT
John Talabot occupies a fairly unique position in the current electronic landscape. A space he has carved himself by staying true to an artistic vision that is broad in its scope and specific in its convictions. His open-minded approach to making, collecting and playing music allows him to be just as comfortable on the main stage of a great summer festival as in a small local club, earning the following of both the occasional fan and the demanding connoisseur along the way. Today, he keeps pushing the envelope, following instincts rather than stratagems. To do so he favors a continuous dialogue with like-minded artists. His alliance with Axel Boman in Talaboman has just birthed a new label and his Lost Scripts duo with Pional keeps delivering sparkles of brilliance, but those are just two of the several joint projects he currently has in play. Some might be announced soon, some might never see the light of day, but most important: they keep ideas flowing. A need of discovery that also defines his tireless search of music, making him one of those rare DJs that can effortlessly juxtapose efficacy, risk and revelation. His all-nighter sets have reached a cult status, with memorable examples in prominent venues and festivals such as Sónar, Pickle Factory, Moog or the Kelvingrove Art Gallery & Museum in Glasgow. Moreover, playing music, his curational endeavors keep expanding, having commissioned stages in festivals such as Primavera Sound or Nuits Sonores or bringing his Hivern Discs label's nights to clubs around Europe.In many ways, his work with the label epitomizes his understanding of music: rigorous and committed, but constantly dynamic and open to the unexpected. Because if John Talabot has made something clear over the last decade, is that growth always comes from the will to keep exploring.