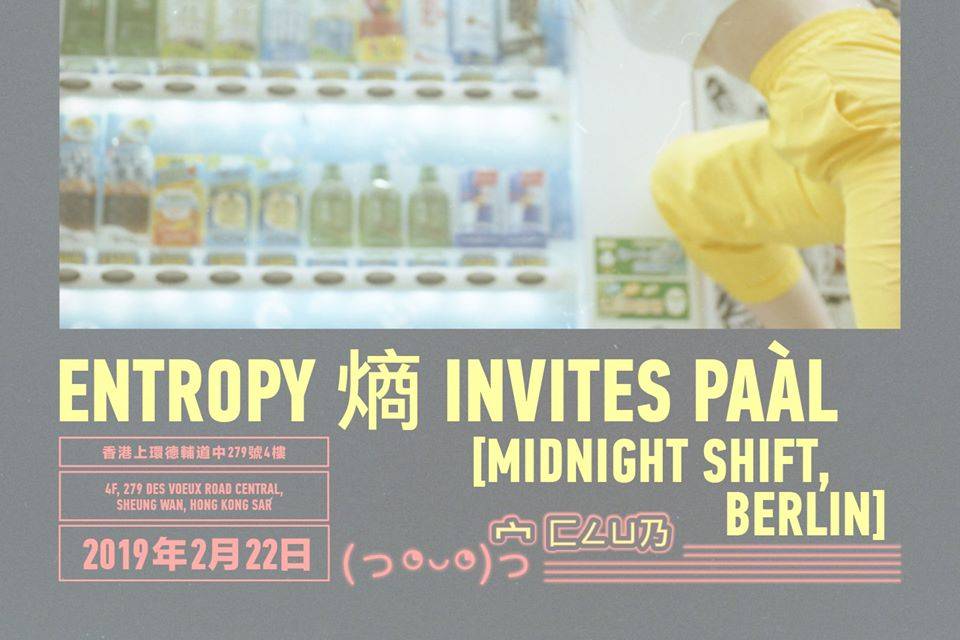 For this monthly Entropy night showcasing Techno, EBM, Industrial and Electro at 宀 Club, the local crew has picked the 宀 resident Mr. Ho to dig into more into up tempo and techno sounds. Dreams come true to see the Hong Kong boys Nanogram and Mr. Ho sharing the decks for the first time.

PAAL
Paàl - also known as one of the founders of the label Voitax - is an artist that devotes all of his passion to the sounds that he creates and the music that he supports. His label has amassed a steady repertoire of output from artists such as Makaton, Mondkopf, Cressida, Rory St John and Swarm Intelligence some of which have become core components of the label. The focus in Paàl’s creations heavily lies on the quality of his sound and the art piece itself as an outcome of his unexpected jam session. The DJ and producer places emphasis on all crevices of the electronic music spectrum, which is reflected in both the tracks that he produces and the sets he pieces together from his extensive record collection. Paàl opts to engage the crowd’s lust for the unknown as opposed to feeding them an easy way out and has fast become recognized as a seasoned digger.

NANOGRAM
Nanogram was born in Hong Kong but grew up in New York, where he experienced the deeper end of electronic music. His first ever concert experience was a 4-man electronic music from Germany, called Kraftwerk, which has since set the foundation of his taste in techno music. He does not stop at Techno, but is also known to craft great sets incorporating 90s rave, acid, post-punk, new wave and industrial techno. He has been playing regularly in the main underground clubs around Asia and sharing the decks with respected artists such as Mr. Ho, BNJMN, C-Kay, Haruka among others.