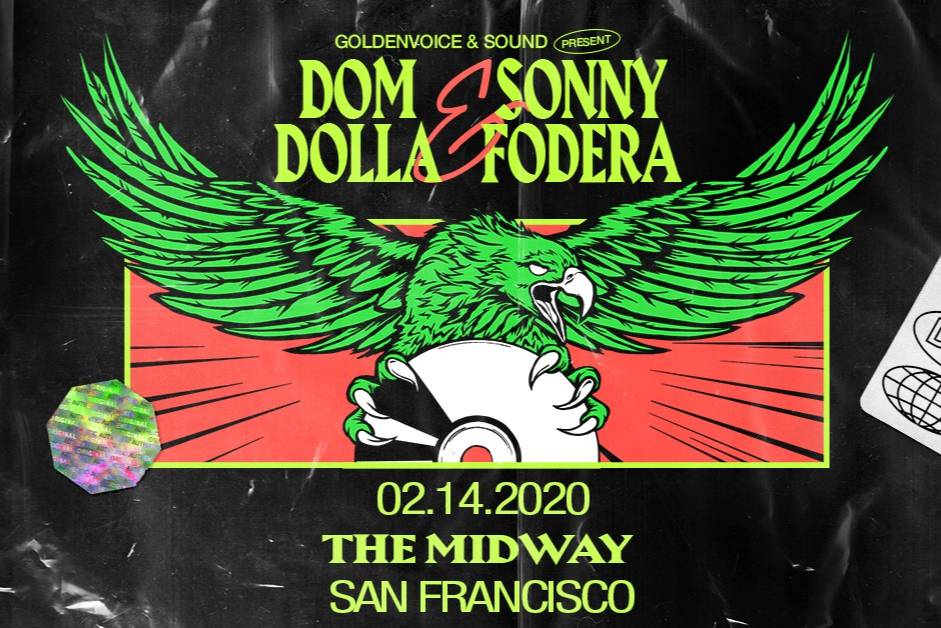 DOM DOLLA
In the rapidly expanding dance music scene, artists are a dime a dozen, but Dom Dolla continues to increase in value as Australia’s most in-demand electronic DJ and producer. Only a few short years since establishing himself as a mainstay in Melbourne’s underground, his sound has gained traction internationally, earning support from Pete Tong, Diplo and Tchami – and it’s not only the big names that have been hypnotized by his sound.

DJ SONNY FODERA
Australian DJ and producer Sonny Fodera cut his teeth on straightforward house sounds before evolving to include elements of pop and other strains of electronic music. He merged four-on-the-floor bangers with EDM-flavored snare rolls and drops on his 2019 release Rise. Based out of Melbourne, Fodera began making music as a hip-hop producer in his teens, but his muse turned to house when he heard Derrick Carter's booming dance tracks. In his early twenties, Fodera was working as a DJ and making tracks of his own, debuting with the It's Time EP in 2013 on house maven Cajmere's Cajual Records label. A proper full-length, Moving Forward, was released later that year, and the more collaborative After Parties & Aeroplanes arrived the next year featuring appearances from Ari Lourdes, Low Steppa, Doorly, and many others. With 2016's Frequently Flying, Fodera incorporated more lead vocals and pop sensibilities. He kept busy with remixes, compilation appearances, live gigs, and the occasional EP releases before 2019's extended mixtape-like collection Rise brought his most polished, pop-adjacent material yet. No matter how close he leaned into pop impulses, however, Fodera's music maintained a core of deep house rhythms and acid grooves.