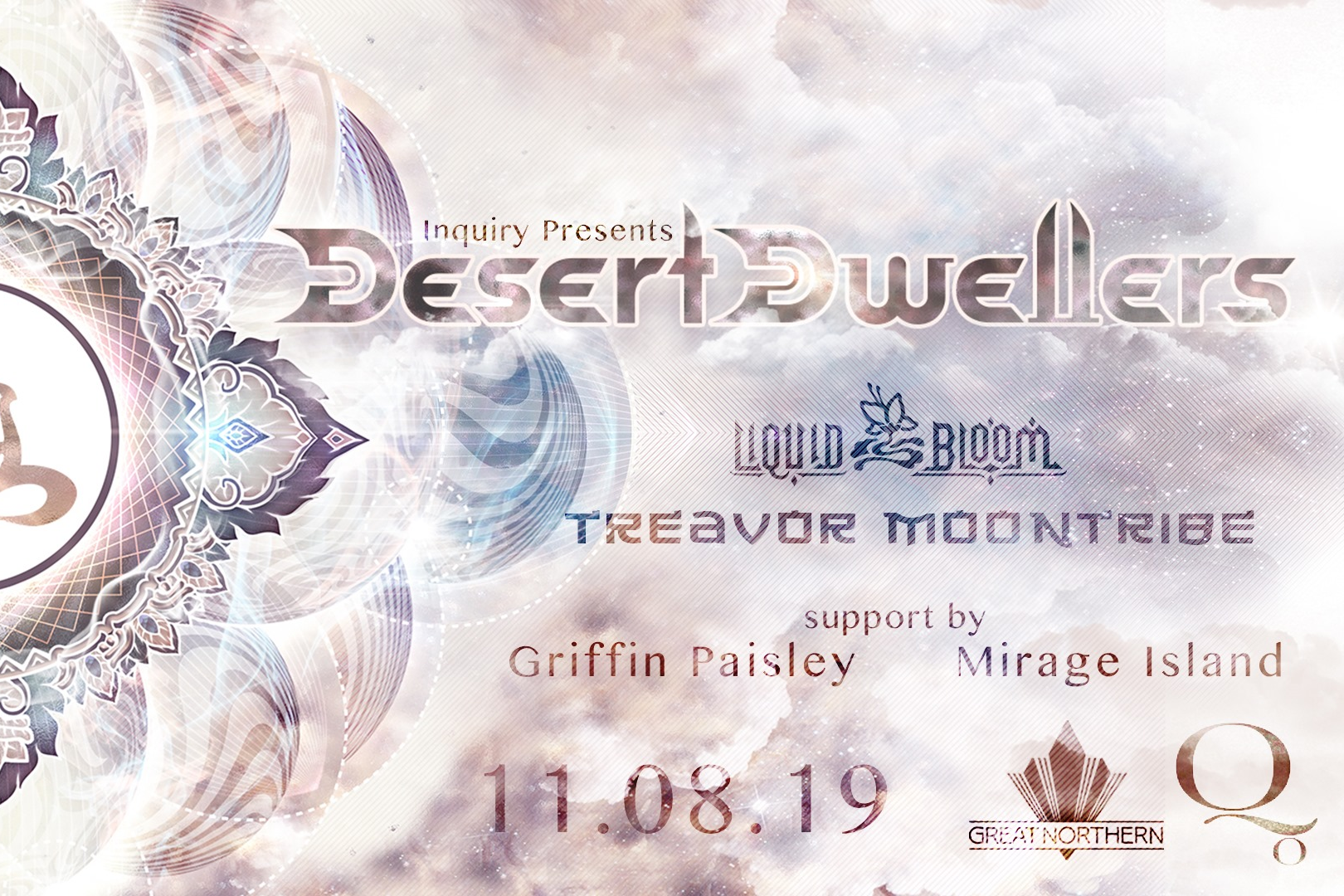 DJ DESERT DWELLERS
Desert Dwellers consists of Amani Friend and Treavor Moontribe, who began their careers as independent music producers and DJs in the deserts of New Mexico and California. Coming together in the late '90s after connecting through the legendary Moontribe scene, today the duo enjoys a reputation as one of the most pioneering and prolific downtempo, psy-bass, and tribal trance acts in the United States. Desert Dwellers have toured extensively across six continents, spent a 7-week stretch on the road with renowned psychedelic artist Shpongle, and have performed at dozens of festivals, most notably Shambhala, Lightning in a Bottle, Envision, Coachella, Rainbow Serpent, and Boom. Taking a new approach to digital production, Amani and Treavor have combined the raw sounds of the natural world while skillfully blended deep bass, earthy percussion, etheric voices and cross-cultural instrumentation into sonic incense for the mind and body. Bringing the electronic music vibe to the yoga scene, and the sounds of yoga to the electronic dance scene, Desert Dwellers’ global sounds are the bridge between the worlds of dance and movement.