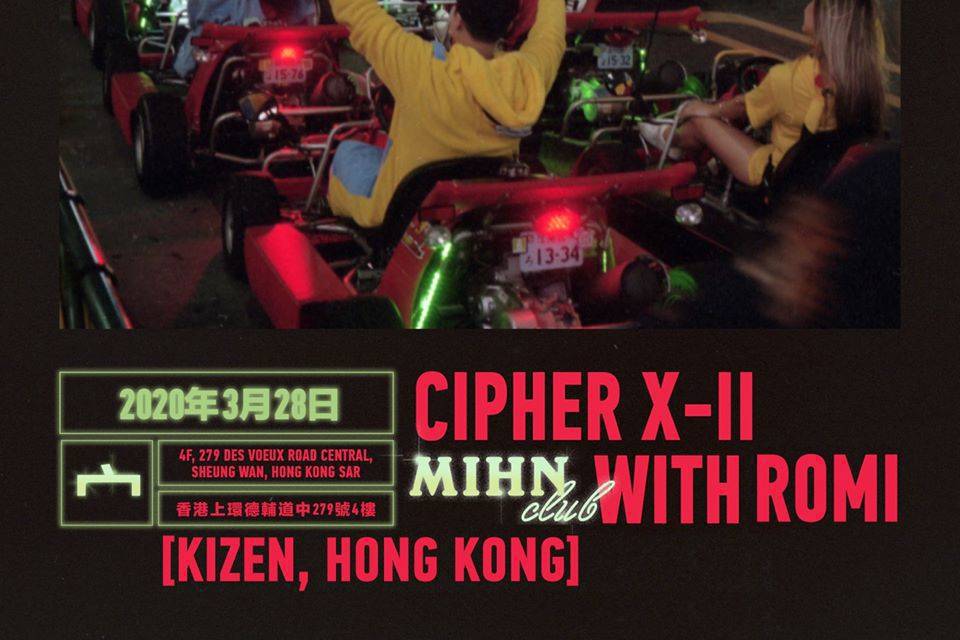 Hong Kong based Techno collective Cipher is periodically going to take over 宀 for a whole new event named Cipher-X, a satellite event of Cipher, held at our sister club Acadana. This time for Cipher X-II, they are giving a 4h long space to Romi to play along Cipher residents Finsent C and Meta.

ROMI
Romi exposes imagination and thought by experimenting with sound to create his very own music vision. His sets reflect his wide musical background, yet carrying a very specific sound. His sound has developed into a strain of techno/house that is consistently directed towards generating an atmospheric abyss. His sets are deep, yet pure – even filled with a certain degree of emptiness, which invites the listener to get lost on an individual journey of possibilities.

FINSENT C
Finsent C is an artist native to Hong Kong, who has seen his sound evolve innumerably since his initial foray into DJing in 2009. Having been a drummer and member of a local band in his formative years, he eventually sought refuge in electronic music; cultivating a sound that can best be described as fluid, and with an emphasis on the hypnotic spectrum of techno. He perceives sets as flowing journeys, which requires time, and an element of patience to achieve.