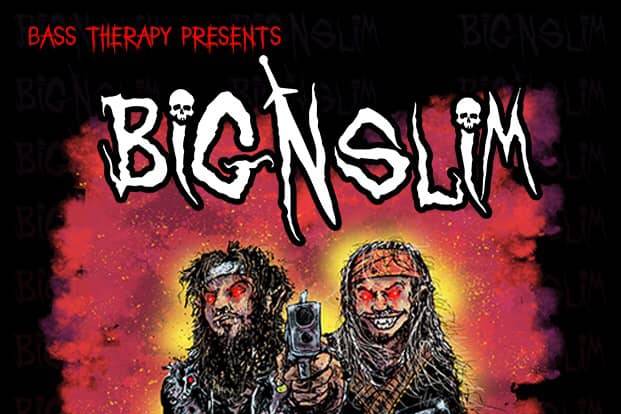 BIG N SLIM
With their background in Metal bands, Chris as guitarist, Andres as a Drummer, their music has no shortage of grime or bass. This coupled with their love for electronic music and their latin heritage has given the duo a unique sound of their own.

DOCTOR BRAIN
Just as the name implies, Doctor Brain encompasses headstrong decisiveness striking a sharp balance of mind crushing bass and electronic composition. He spawns new sub-genres through evolving use of emotional depths and intellectual response, fusing melted basslines with euphoric synth design. Just as the brain is the most important organ, you will find that Doctor Brain’s production will control and coordinate actions and reactions, allowing us to think and feel through his music. There’s no questioning that the Doctor is in and he’s here to shock your neurons through blissful musical manipulation.

SQUATCH
Squatch is a Seattle Electronic Music Producer, making slow waves in 2017 & 2018 with his hit song “LA Lights” he produced with Konus for Netnobody. He emerged fully from his hiding place in 2019 with his first release of 2019 Bounty Hunter; which is an aggressive Dubstep track with the energy of a festival. Now solidifying himself into the scene he is showing he has no musical boundaries. With his new track “Let it Go” he shows that he will not be confined into one genre. Don’t expect Squatch to stay in a box, just be there.