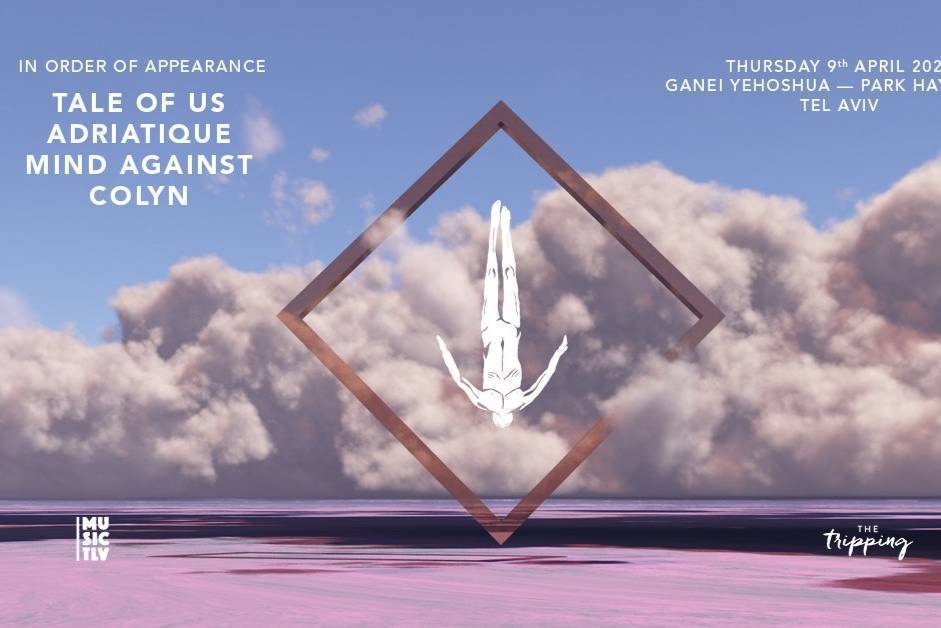 Afterlife lands in Tel-Aviv for the first time. Join Tale Of Us on a journey through the Realm Of Consciousness, the first to take place in Israel. On April 9 at HaYarkon Park, the Italian duo will present their unique, melodic soundscapes, alongside three core and individually distinctive, Afterlife acts: Adriatique, Mind Against and Colyn. Afterlife brings a bespoke production to make an unforgettable visual journey. The monumental, open-air location and its stunning skyline view of the city provide the perfect backdrop. Produced in collaboration with The Tripping and Music TLV.

TALE OF US
This tale dawns in Milan, where Karm and Matteo met at a very young age. The Lombardic capital will turn out to be the preface of their success story as they now reside in Berlin, their inspirational verge. Born in Toronto, Karm moved to Italy when he was just a child. It was at the tender age of ten when his parents took him to a classical concert that he felt “true love at first sight.” He dreamed of becoming a pianist but eventually settled for law school. Matteo left New York when he was just a year old and spent his late teens booking techno artists for his loft parties. After Karm quit law school, the pair met while studying music production at the SAE Institute. There, they bonded over a mutual love for music and discovered their complementary talents, thus marking the origin of Tale Of Us.

ADRIATIQUE
What’s in a name? For Adrian Shala and Adrian Schweizer, it’s a decade and counting of joint creativity. After getting to know each other in Zürich in 2008, Adrian & Adrian became inseparable, not just as friends, but also as artists. The two men carved out a career as one of the most consistently delivering DJ/producer duos in the house and techno scene Adriatique. The key to an enduring partnership is, of course, to complement each other, and the two Adrians do so admirably. Music-wise, their various tastes combine into one unique sound, and their respective preference for studio work and performance means that both aspects are equally well covered. Adriatique’s DJ performances as well as their productions are long, meditative, relentlessly building affairs, ever challenging the listener with subtle twists interrupting their hypnotic groove.

Adriatique
Colyn
Mind Against
Tale of Us