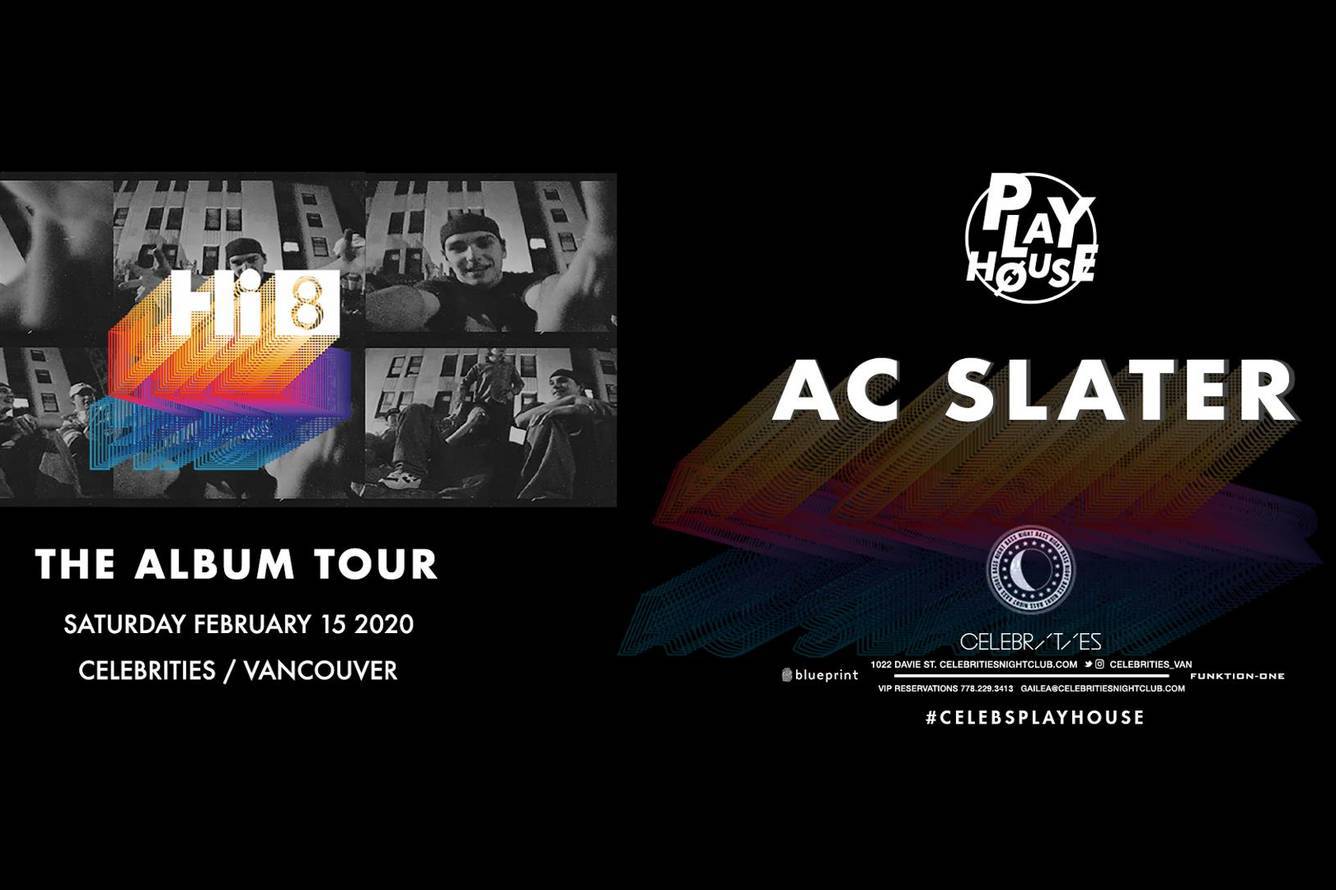 Fresh off the release of his new album "Hi8", Night Bass label boss AC Slater joins us at Celebrities Nightclub for #PlayhouseSaturdays on Sat, Feb 15th w/ support TBA 🌚🌆🌝 Very excited for this one friends, hope everyones ready for some heavy cuts!

AC SLATER
AC Slater has begun a lengthy career for himself with his "Night Bass" sound by fusing elements of house music with the dirty basslines of UK garage and sprinkles of old-school rave synths and breaks. AC Slater's career kicked off with a bang in 2008, with his seminal remix of "Turn the Music Up" on Trouble & Bass becoming an instant anthem. Moby listed it as one of the best 10 tracks of the decade, declaring it a "perfect song." AC has collaborated with influential underground artists such as Nina Sky all the way to chart toppers like Far East Movement, and has done official remixes for the likes of Big Sean, Moby, Robin S. and many more. A quick look at Slater's Beatport page reveals well over 100 tracks and remixes over the last five years, including his best-selling Jack Got Jacked EP, a blatant declaration of the invasion of house music by all things bass.