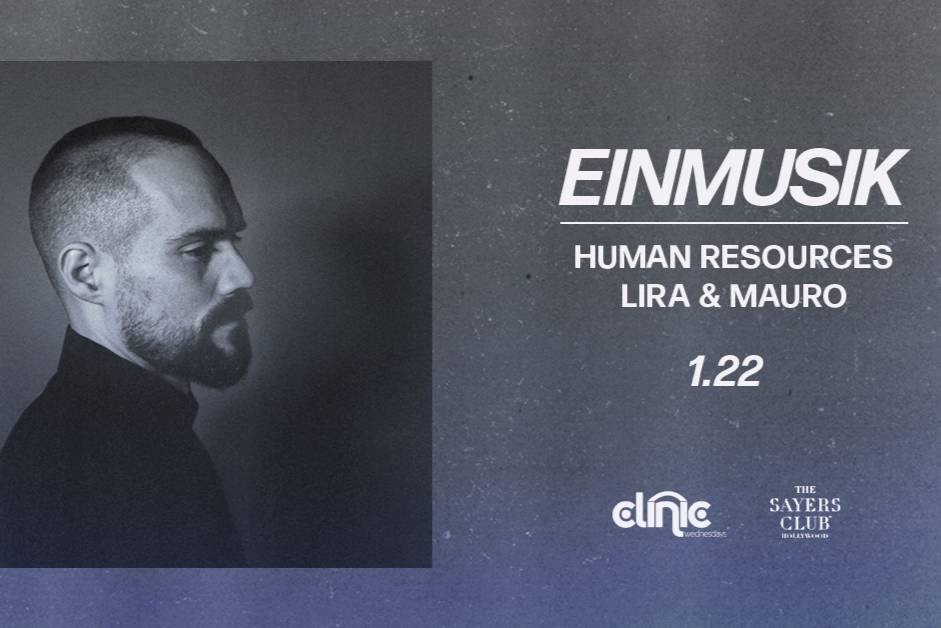 EINMUSIK
Einmusik´s music is not an industry secret, but still an undiscovered star in the growing universe of electronic sounds. No straight line to follow, no seasonal sound his cosmos is too big to dive through it within an hour. Born in the late 70’s he was influenced by Depeche Mode, the sound of Visage and Kraftwerk. Right after he slowly discovered the world of Drum and Bass and later emotional techno material with the little extra. With “Jittery Heritage“ he started many moons ago to create his own style, full of melodies and open soundscapes. A lot of releases and remixes on well known imprints from all over the world followed and a lot of long nights in the clubs. With “5 A.M“ he produced later an album between light and darkness to bundle the mood of traveling and touring. The musical output went from earth to the universe, creating heart-breaking moments and uplifting minutes. And the longplayer “I.D.C.“ followed a statement against doing statements. Einmusik is not the man of words and vocals. He is not the one telling you what is the right sound for the right moment. But you will discover his anthems they will reach you unexpected. His label Einmusika Recordings is a suburb for younger artists. The place where you can do your first steps and grow without a rush. After 10 years it became as well his favourite place to be independent and follow the inspiration without paradigms. In October the new longplayer “Serenade“ will be released on the label.