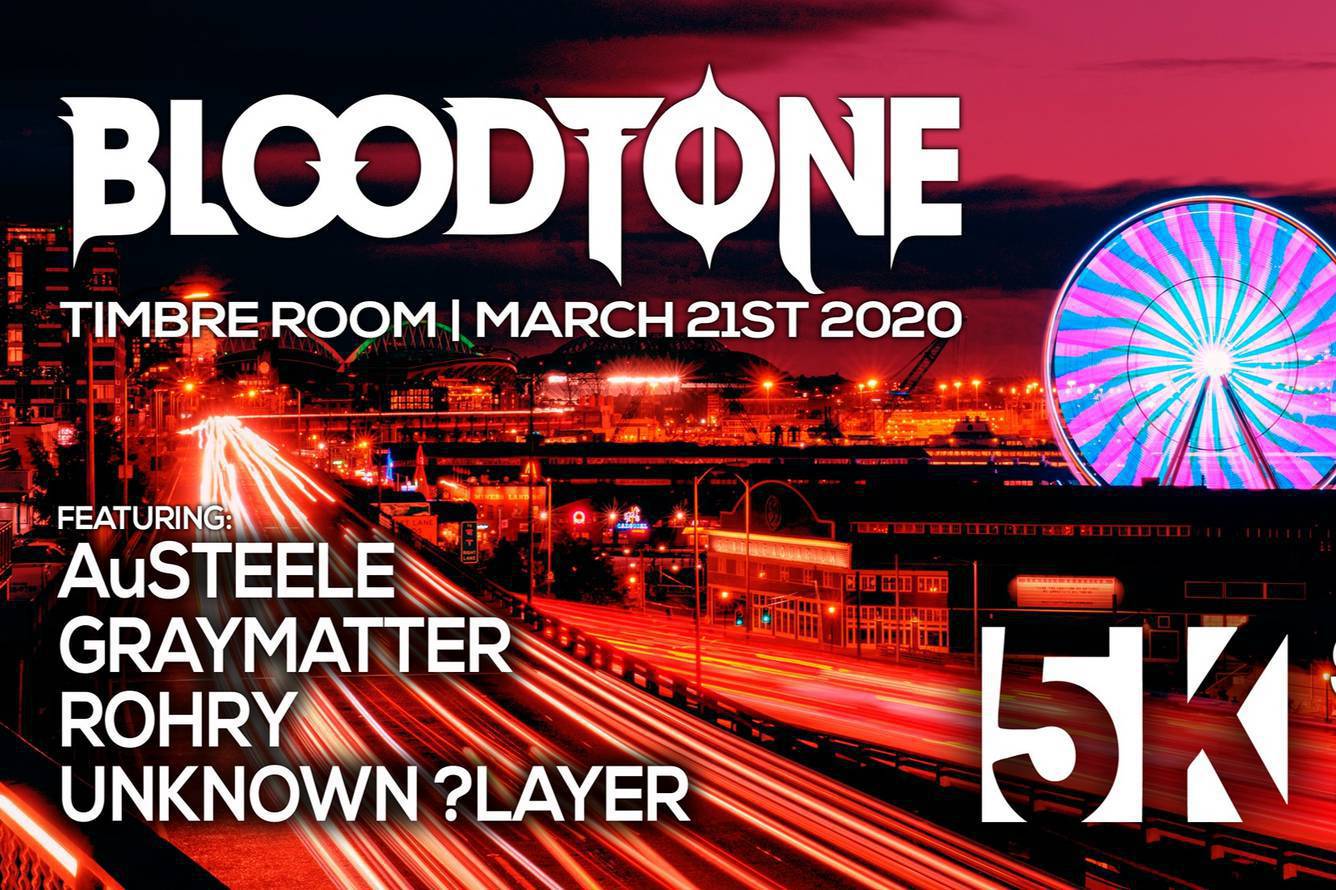 5K is a monthly event focused on bringing Producer/DJ's who we anticipate to go the distance. The Artists who create your favorite DJ's secret weapons, those who are yet undiscovered. The Festival sets that have you saying WHO TF IS THIS?!?!?! For round four of 5K the decision to work with Sub 49 was made. Working together on this next event was a no brainer as the Lord of Dark House Bloodtone is the featured artist. Sub 49 brought him to town this past summer and both groups are very much looking forward to his return.

BLOODTONE
Based out of LA, Bloodtone is a self described curator of "Post-Apocalyptic Horror House" and a pioneer in the dark stylings of house and techno. His recently released "Fallen Angel EP" has been making a huge impact, supported by giants in the scene such as Tchami, Malaa, and Drezo.