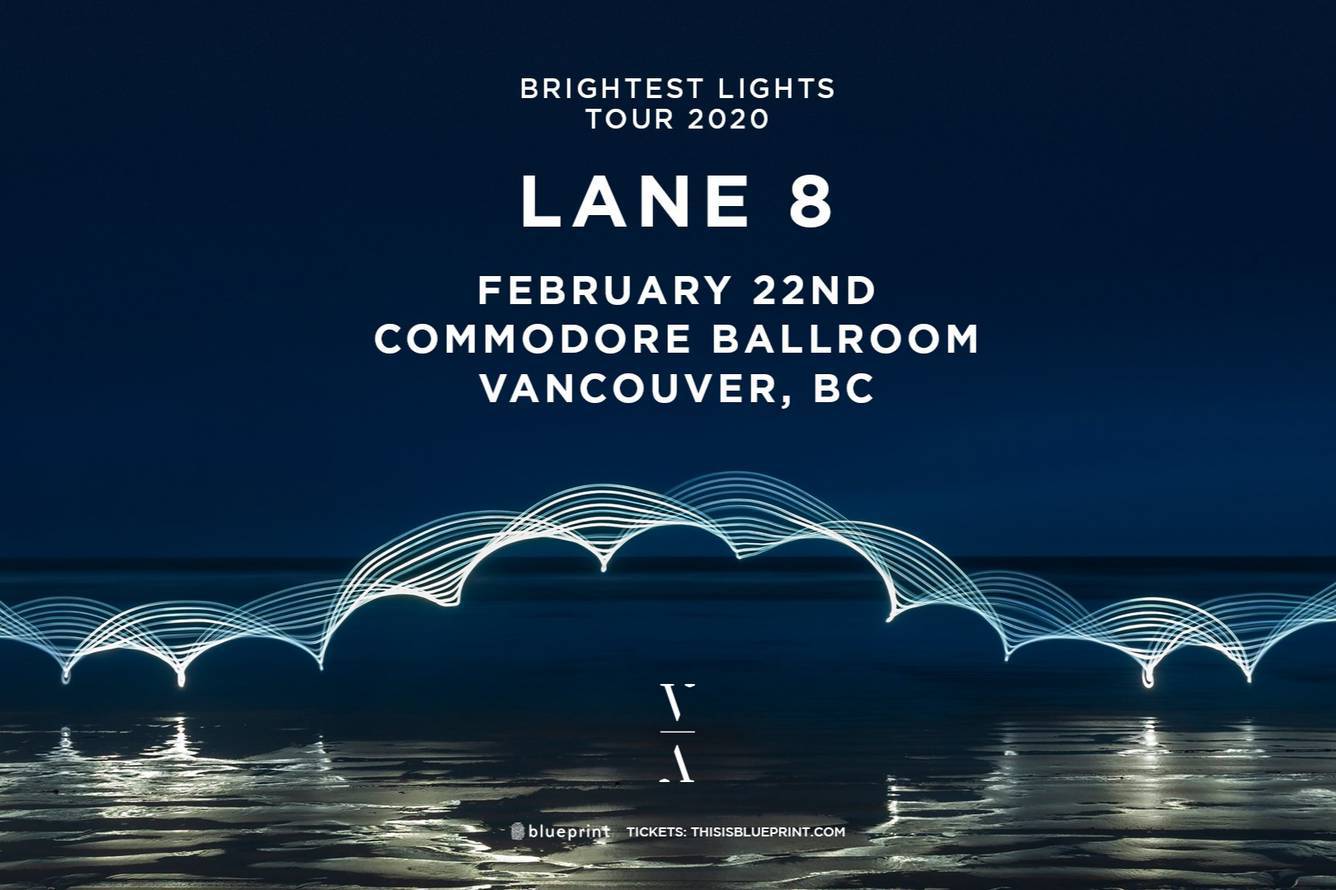 “We are so bombarded with negative energy at the moment, especially on the internet, and in my opinion you have to literally and consciously remove yourself from the loop at times to remember all the positive and amazing things happening every day. ‘Brightest Lights’ is about focusing on that positivity in the world.” Released in January 2020, Lane 8's third album ‘Brightest Lights’ captures the positivity and emotion of the Lane 8 DJ experience, as well as offering more of the reflective and emotional songwriting featured on his last LP. Join him as he brings the album tour to Vancouver at The Commodore Ballroom on Saturday, February 22, 2020. The album tour will once again promote his This Never Happened concept, with the dance floor becoming a phone and photo-free space. Leave your phone. Experience the moment. This Never Happened.

LANE 8
Denver-based DJ and producer Daniel Goldstein makes smoothly flowing, melodic house music under the name Lane 8. Whether he's working with guest vocalists or crafting exquisite instrumentals, he always writes songs that gently ebb and flow, functioning as emotional journeys rather than mere club tracks. Goldstein is well known for prohibiting phones and cameras from his concerts, forcing the audience members to live in the moment and share a communal experience rather than spending the entire time posting on social media. Goldstein grew up in California, and first started making garage rock when he was a kid. After getting into hip-hop, he began making beats, but he came into his own when he switched to dance music. He began uploading original tracks and remixes in 2012, and was signed to Above & Beyond's Anjunadeep label the following year. After releasing several singles that achieved success at dance clubs as well as blogs, Lane 8's debut album, Rise, arrived in 2015. The album featured guest vocalists including Matthew Dear, Solomon Grey, and Patrick Baker. Goldstein launched his label and event series, both titled This Never Happened, and became a successful touring artist. Lane 8's second full-length, Little by Little, was released by This Never Happened in 2018, featuring collaborations with Poliça, J.F. July, and Fractures.