A chat with Cesare vs Disorder (SERIALISM RECORDS, BR)

Cesare Marchese – aka Cesare vs Disorder – is an Italian now Brazilian based artist, composer, music producer and audio engineer. He is also the co-founder of the worldwide music label Serialism with his Azimute colleague and friend Philippe Quenum. Cesare has traveled a lot, and seen and played many places, on all continents. He also lived some years in London and Berlin, where he never stopped fueling his deep passion for jazz, electronica and hip hop and where his discography stretched over for years.

Cesare vs Disorder will be playing Social Room in Hong Kong on May 24 as a part of the club’s 4th Anniversary. If you feel like experiencing an incredible night filled with techno and house music in one of the Top 10 Underground Clubs in Asia, book your tickets without further ado! Ahead of his performance, we spent some time to ask him about his current projects, and others to come. You can explore this refreshing exchange below!

Hi Cesare, we hope you’re doing great! First and foremost, do you have any musical recommendations (from Serialism or else) for our readers to listen to while exploring this interview?

SlothBoogie · SB PREMIERE: The Mole - A Walk In A Field [Serialism]

ES: Your musical career and personal life have been marked by numerous moves: you’re from Italy, still you’ve lived many years in Milano, London, Berlin, and now Sāo Paulo in Brazil, while touring the world relentlessly.

What would you say each of these cities brought you from an artistic point of view? According to you, what are the main differences between the local clubs, crowds and scenes from those places?

CvD: Travelling is definitely one of my major inspirations. I’ve been touring the planet for a while with my music and I honestly get inspired by each country I’ve visited, by all these cultures and all these lovely people (and sometimes not) I meet on my path. Of course, each location is fascinating in its distinct way. Milano, London, Berlin and São Paulo are totally opposite cities, each one with its own vibe, beauty, paradoxes and exciting features which influenced my artistic path at different times of my life.

I wouldn’t feel there are substantial differences in the primordial need to release energies by partying as we now live in a totally globalized society and therefore this subculture is pretty known to everyone at the click of a mouse. People like to enjoy life everywhere. In some places the feedback is warmer, with more excitement, in others it’s a more layback vibe. Clubs can instead have a different approach in the way they treat the clubbers with the result of different response from the crowd. 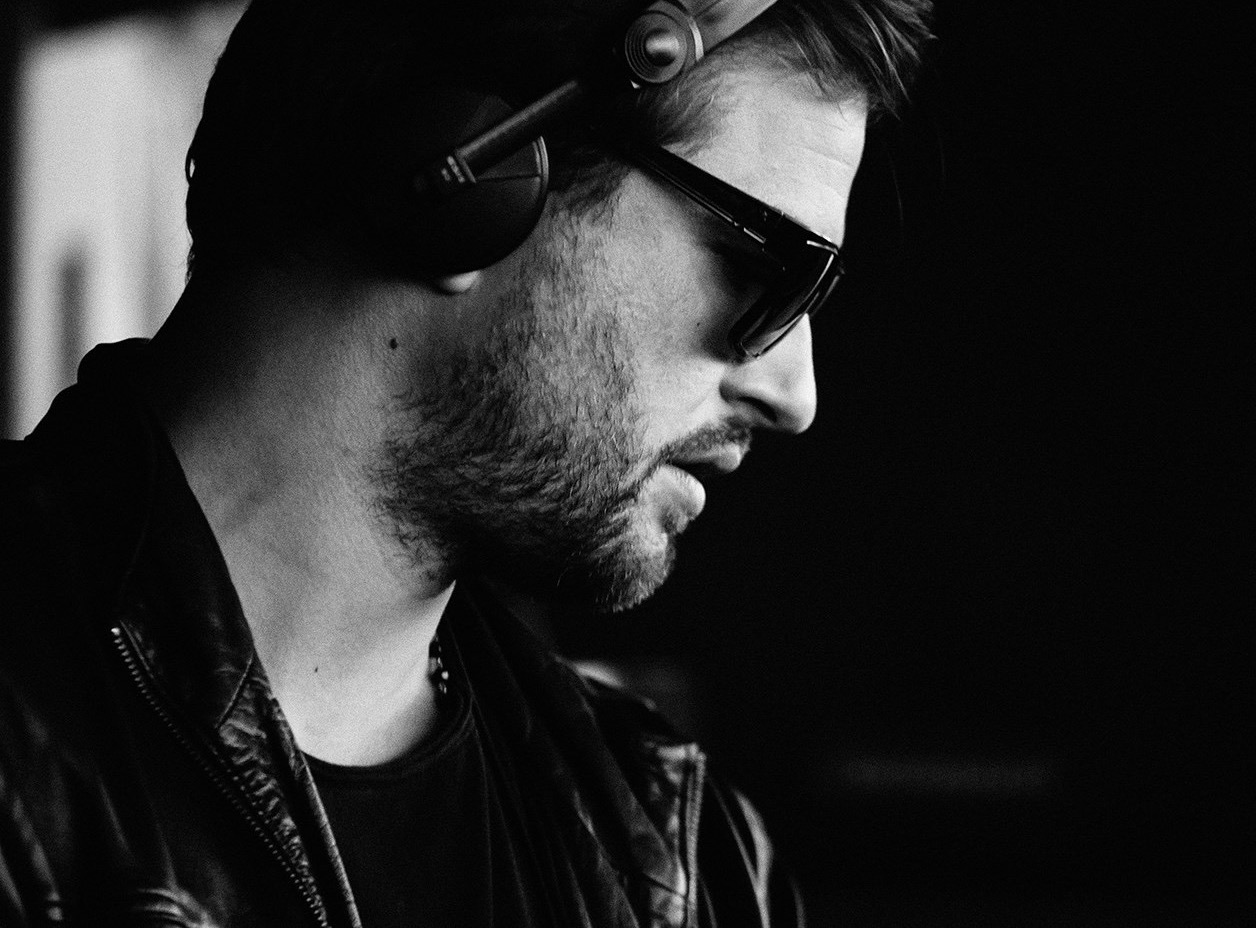 ES: For more than a decade, you’ve been managing Serialism from these cities, the cutting edge record label you founded. With over forty vinyl releases to date, ranging from elegant techno to minimal house and jazzy grooves, it has now gained global recognition. How do you currently manage Serialism aside from your personal career as Cesare vs Disorder?

CvD: We actually have a team spread worldwide in different cities (between São Paulo, Berlin, London and Beijing mainly but also other major cities all over) with collaborators and partners working on different parts of the process. There’s work behind the vinyl production process, the image, artwork and videos of the label, the social media accounts and internet marketing, the A&R and of course our events worldwide.

I supervise it all together with a few key components of the family, my main partner and co-owner since a few years Quenum. We are assisted by our man Joe Le Groove in London, our A&R and resident in Berlin Weg, our Art Director Fernanda Mattos in São Paolo and our visual artist Federica Marchese in Beijing, the production manager in Frankfurt, our distribution Yoyaku in Paris, our press agents in Berlin, booking agents in different territories, South America, Europe, Asia and Australia, friends and partners who help us produce parties and carry the brand.

ES: You’ve released tracks on labels such as Cocoon, Bpitch Control, Transmat, Get Physical, Crosstown Rebels, Vakant, Nervmusic and many more… What did you learn from working with all these top labels? 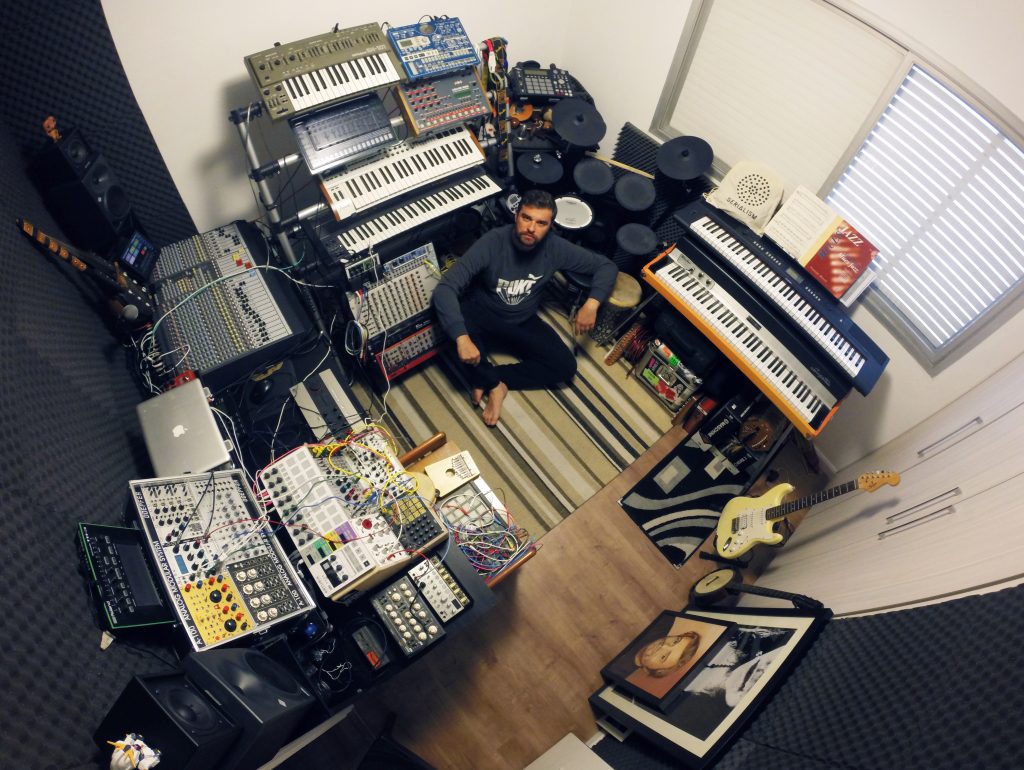 CvD: I’ve learnt a lot. First of all to produce music for such great labels has been a never-ending challenge that lifted my skills to the next level, each time. It has also taught me all steps of the production process in details, from the very first moment in the studio to finalisation of a record on vinyl and the distribution to the public with the marketing involved. All in the most professional way. It has ultimately helped the work behind my own label. It is basically a privilege to work with these teams.

ES: Also, what’s up with Azimute [your musical duo with Philippe Quenum]?

CvD: We have quite a lot going on at the moment. We are preparing our second EP for Derrick May’s label Transmat, and a new EP on our label Serialism. We have also composed together the soundtrack for a couple of films and TV series between Europe and Asia, and are expecting to do more of that. Most exciting of all is our new band project TRIPLE BED. The first album “Impractical” produced with a bunch of amazing musicians and singers will be finally released this year.

ES: You’ve held residencies in the most acclaimed clubs in the world. We know our readers are based all around the world and love to travel to live new musical experiences. Could you give us a selection of your favourite places to play, or to attend as a techno and house music lover, anywhere on the globe?

CvD: It’s difficult to mention just a few as many clubs and festivals should be listed. I would definitely advise experiencing some of the ones I love playing at… I could go on for a while…

ES: You’ll be playing Social Room on May 24 as a part of the club’s 4th anniversary curated by Ocean Lam. How do you feel coming to such a different part of the world to share your love for music and eclectic vibes here in Hong Kong?

CvD: It’s not my first time in Hong Kong and especially at Social Room. I’ve played at the club a few years back as Azimute with my partner in crime Quenum. Our good friend and collaborator Ocean Lam, whom I consider being one of the best Asian DJs, has invited me again for the 4th anniversary of the club and I’m very excited and humbled. First time it was a blast, an intimate place with a great underground vibe, where I can be eclectic and showcase my finest selection in front of a crowd ready to take it all. 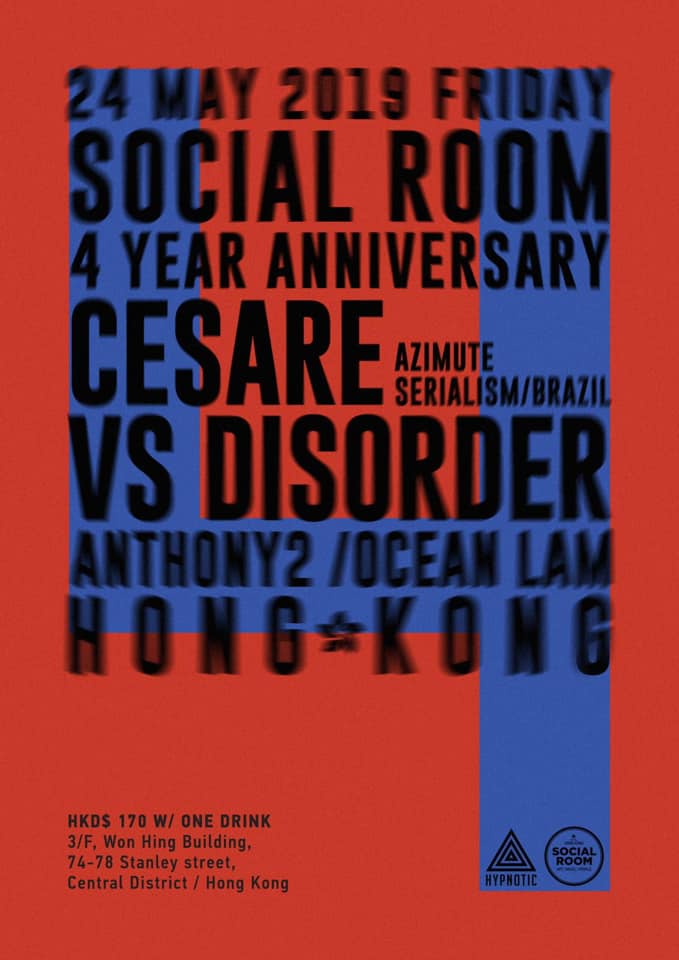 ES: Given any choice, what city would be your favourite pick as your next hometown?

ES: Thank you very much for your answers. Can’t wait to see you play live next week!

You can find more information about the event and book your limited advance tickets right here.