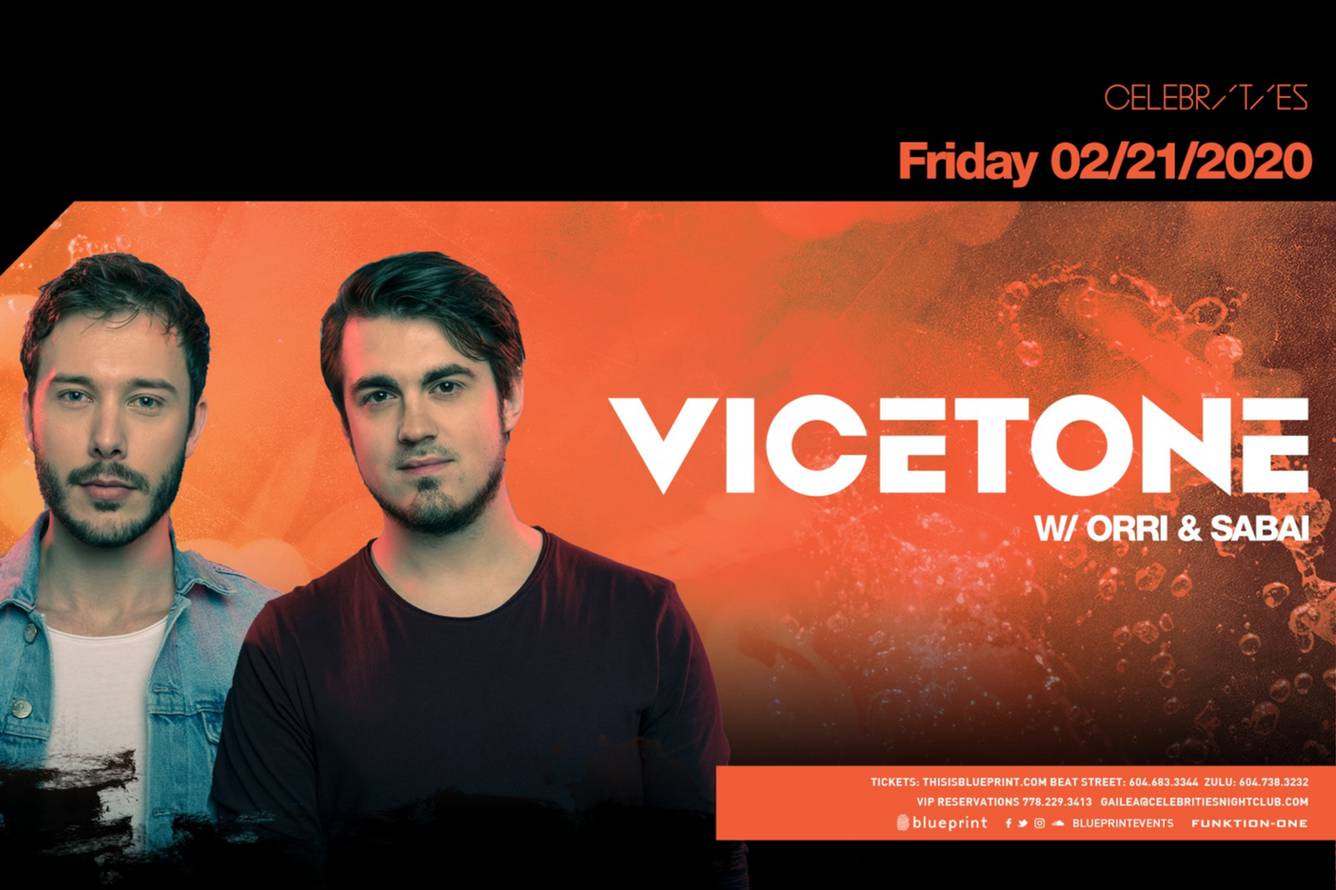 We've got one of our favourite artists coming back! Dutch duo Vicetone return to Vancouver for #StereotypeFridays as they takeover Celebrities Nightclub on Fri, Feb 21st w/ support from Orri and Sabaimusic.

VICETONE
On their new EP 'Elements', Dutch duo Vicetone realize their musical vision with greater precision and power than ever before. The follow-up to 2016’s Aurora, the EP is the first release recorded in the Nashville home custom-built to maximize Vicetone’s creative output: a state-of-the-art space housing two separate studios for longtime collaborators Ruben and Victor. The result is a body of work that expands on the melodic ingenuity shown in past hits like “Nevada”—now at 46 million streams, bumping their total combined streams across all platforms to over a half-billion—and delivers Vicetone’s own distinct brand of endlessly surprising, emotionally charged dance music. Growing up in Groningen, Ruben and Victor started creating music together in college. Not long after making their debut with “Harmony”, Vicetone began landing gigs around Europe, and soon took on a relentless touring schedule that now includes massive festivals all across the globe. Known for their high-energy live show, the duo aspire to bring that same unbridled vitality to their recordings—a mission that closely guided the making of Elements.