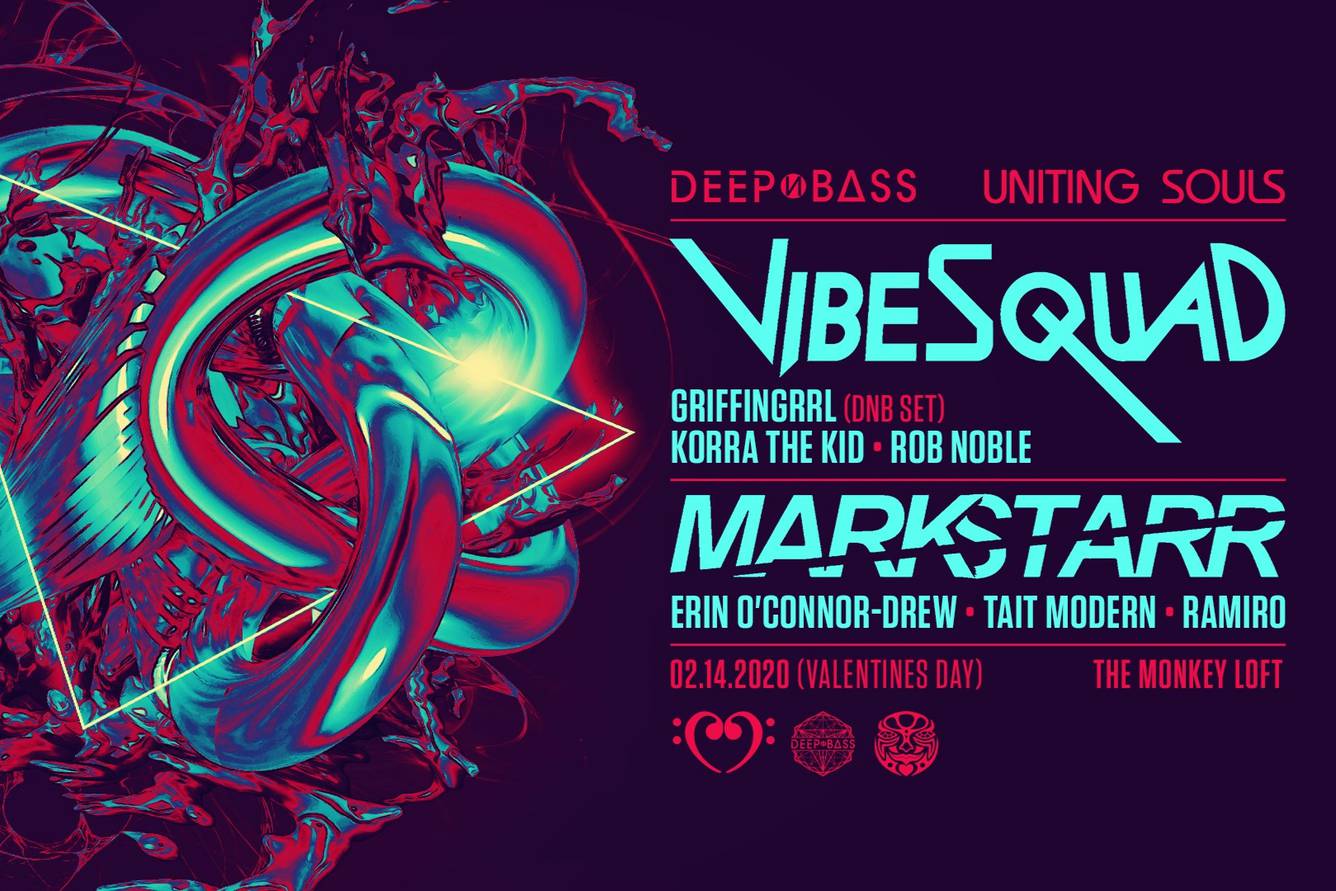 DEEP N BΔSS x Uniting Souls Music are coming together for a special 2 room event to celebrate All Love on the day known for lovers Valentines Day.

VIBESQUAD
VibeSquaD, aka Aaron Holstein, is Colorado’s most beloved bass music producer/performer/innovator. His trained musical background contribute to his unique take on bass music, which carries him around the country playing packed clubs coast to coast. Since VibeSquaD’s inception in 2007, he has released three full-length albums, two previous EP’s, as well as remixes and singles for Interchill, Multi Music and Proboscis. The New Creatures EP is his next release, showcasing his top-notch production skills and originality over the course of six tracks. The EP is charged with the energy and positivity that has come to define VibeSquaD’s signature sound and vibrant stage persona.

MARK STARR
Mark Starr has been honing his sound for over a decade, however his career was recently put in the fast lane after his “Sunshine” EP was noticed by kill frenzy and other members of dirtybird records. That early dirtybird connection came to full fruition once label-boss Claude VonStroke tweeted at the young producer, stating plainly: "send me something as good as your last remix and it's signed on the spot!". A fortuitous moment in Mark's career, which has been on a steady upward ascent ever since; in the past year, he's released music on Skrillex's label OWSLA and made himself a home on San Francisco's dirtybird. In 2013 Mark has seen airplay of his originals and remixes on BBCRadio1, Radio1Xtra, Rinse.FM, BBC Radio 1’s Essential Mix, Ministry Of Sound Radio and has had a guest mix featured on Foamo’s Rinse.FM podcast.