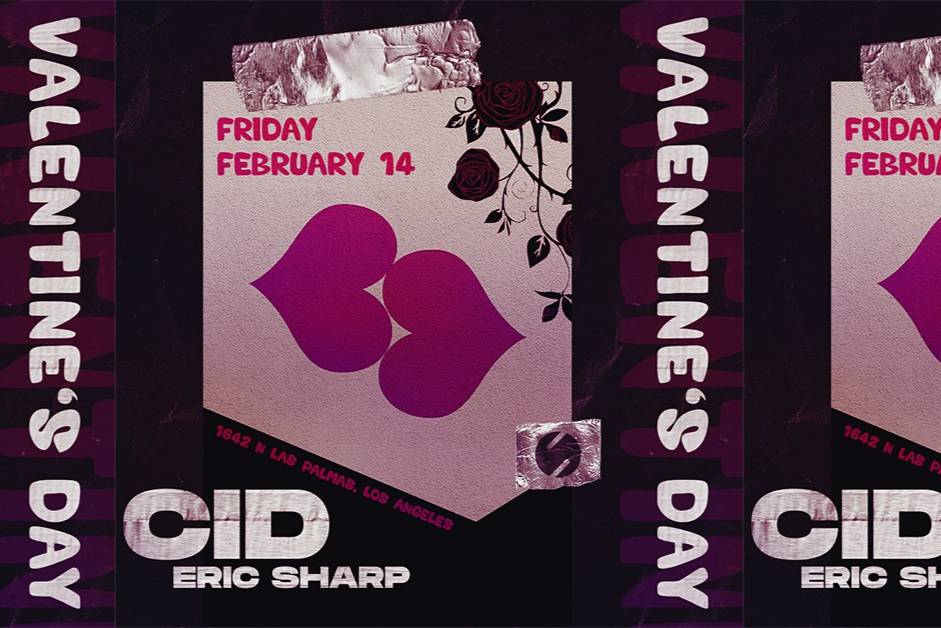 Ok all you cutie pies, we’ve got your Valentine’s Day plans sorted! Whether you’re bringing a date or meeting someone new on the dance floor, this is the night for you. We’ve got Grammy winner CID in the building, the producer / dj who’s won fans across the globe and racked up millions of plays for his deep, catchy, high energy house tracks. He’ll be joined by Sound resident Eric Sharp, so we’re in good hands!

CID
GRAMMY Award winning CID has garnered attention from industry veterans like Kaskade and Tiesto, with booked gigs spanning the globe – from Las Vegas to Barcelona. The Queens based DJ/producer is ready to stake his claim on the world of dance music. As a young Carlos Cid his passion for music was evident early on at age 11, venturing on a city bus to traverse the boroughs of New York, just to spend his days scouring through new music at his favorite record shop. It wasn’t long before some of New York’s finest DJs became increasingly curious about this enthusiastic young kid, who was seamlessly browsing the same records that they’d been spinning at clubs the night before. CID's love for DJing became the catalyst for his natural progression into the world of music production. It soon became evident that CID was not only a talented DJ, but also an in-demand engineer & producer.