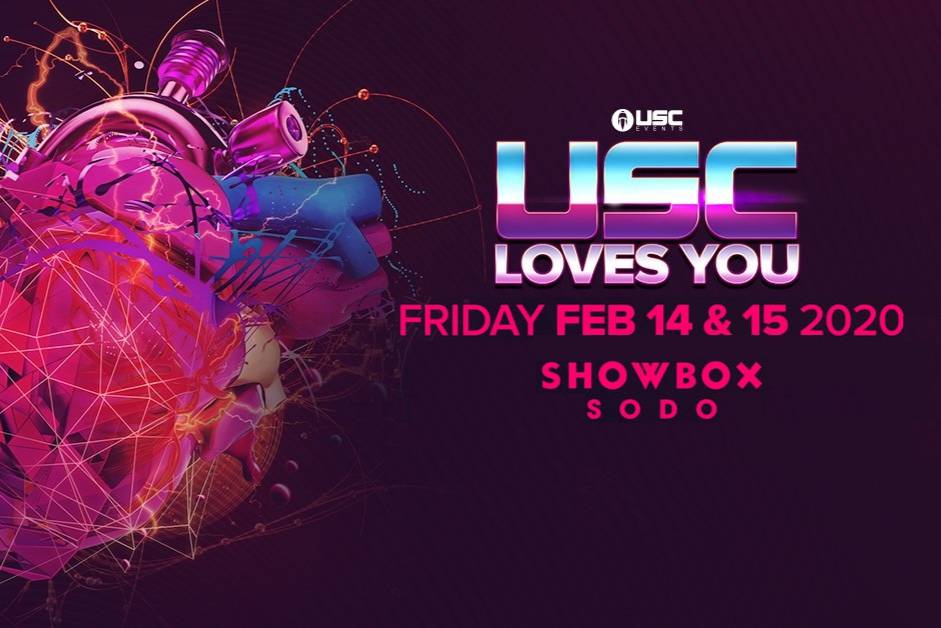 USC Events Presents USC Loves You Music. To some it's just sound, but to us it is much more than this. It binds us, brings us together, defines decades, and connects thousands of people at once. Not many things can do that. In an age where negativity and hate can be everywhere, we are proud to be a part of a community of Peace, Love, Unity and Respect. This show is for you, The EDM scene, the dancers, flow artists, singers, jumpers, the wild ones, the costume wearers... our family. Come one come all, USC loves you, whoever you are, as you are! Thank you for being apart of our #ConsciousCommunityFor the first time ever, over two days, Friday, February 14th and Saturday, February 15th. Come and see some of the best Northwest’s local artists making a name for themselves in Seattle. Timmy Trumpet is also sure to blow you away while we “Party Till We Die” and Valentino Khan is going to take it “Deep Down Low”, so “Welcome to the Party!” Because USC Loves You.

TIMMY TRUMPET
Timmy Trumpet – DJ, producer and live instrumentalist – is undoubtedly one of the most unique performers currently ranked in the DJ Mag Top 100. An award-winning, multi-platinum selling recording artist, Timmy has forged his way into the epicenter of influential artists taking the world by storm.