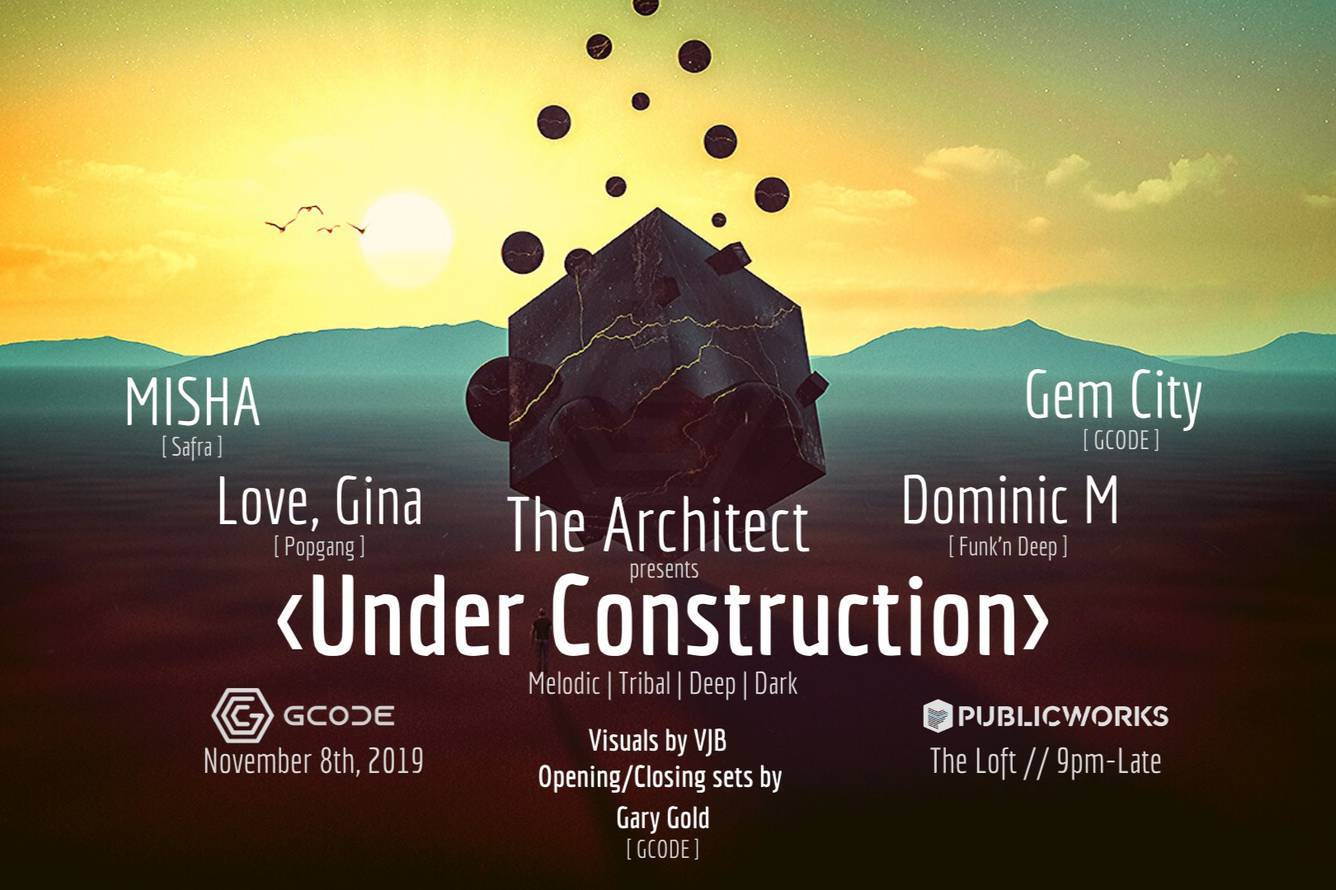 UNDER CONSTRUCTION: A MELODIC TECHNO EXPERIENCE

DOMINIC M
Dominic M is a DJ and producer based in California. He has shared the decks with Enrico Sanguiliano, Pleasurekraft, Julian Jeweil, Popof, Barbuto, Durtysoxxx, and Spettro, among others. With recent releases on Funk’n Deep Records and Renesanz, things are looking bright for this dark techno alchemist in 2019. His passion for underground beats stems from a life-long love affair with electronic music, from the sounds of early 90's house, trance, europop, and electronica from his early childhood, to the modern techno of today which has become his speciality.