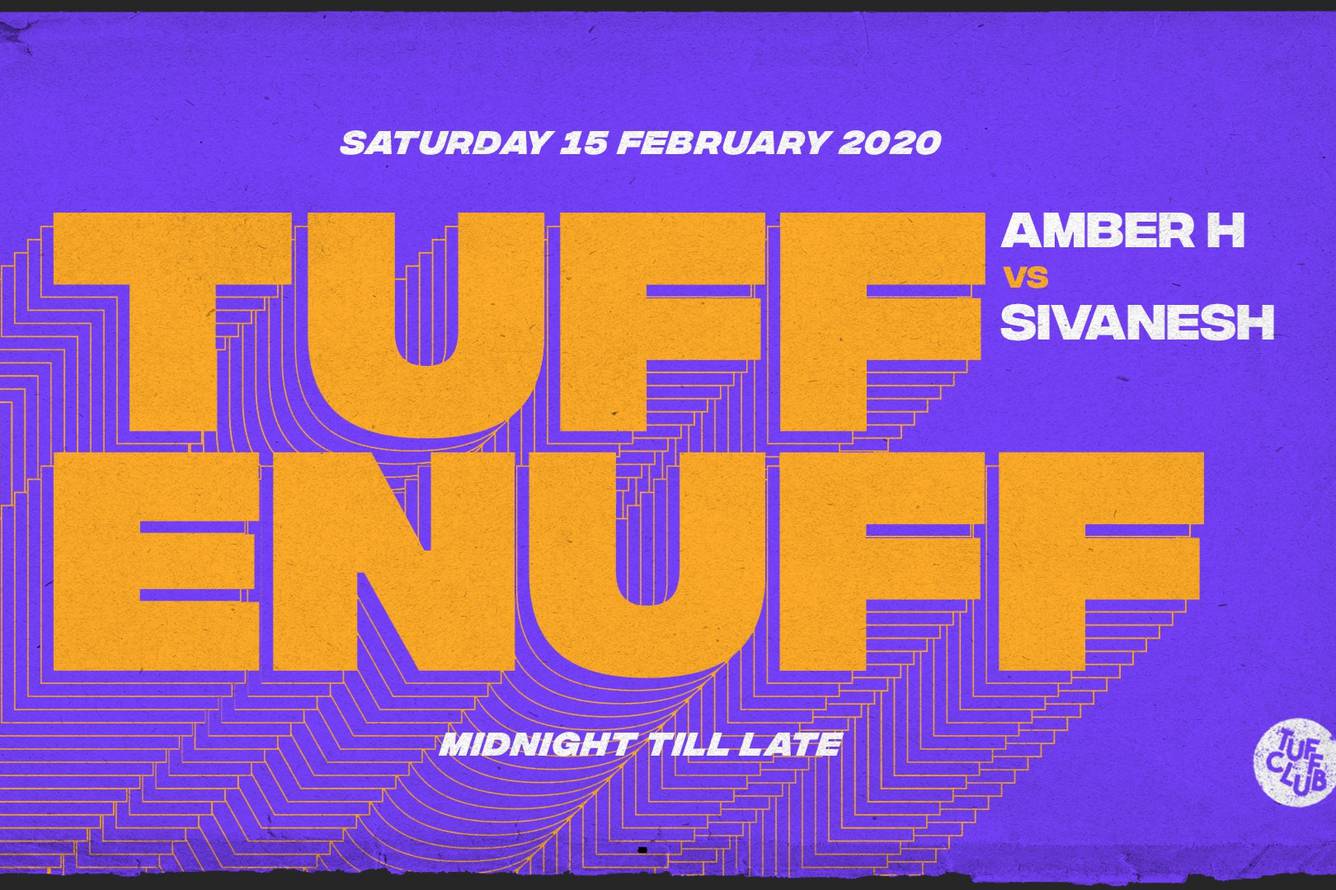 Show us you're TUFF ENUFF to keep dancing! If you're up to the challenge then lace up your dancing shoes as DJ Amber H and Sivanesh team up behind the decks to make sure you work up a sweat with their arsenal of grooves and soaring melodies. Dancing is exercise, don't let anyone tell you otherwise!

DJ AMBER H
Amber originated and grew up in her hometown Karachi Pakistan but moved to USA before finally relocating to Singapore in 2011. It was when she first moved to DC, Amber's passion and love grew deeper into the electronic music scene, Influenced to the sounds of Deep Dish during their residency at Club Nation, She then started expending her love for the scene during her travels to NYC during the weekends to catch the dynamic duo, Danny Tenaglia and Danny Howells at clubs like Vinyl which has strongly influenced her start with vinyl more than a decade ago.

SIVANESH
Currently a resident DJ at CÉ LA VI Singapore, Sivanesh's sound is best described as a cross between the sexy house of Dennis Ferrer, the soulfulness of Kerri Chandler, and the groovy toughness of Santé. His eclectic tastes and selections, he has played alongside with numerous international guest DJs such as DJ Ravin from Buddha Bar, Satin Jackets, DJ Fudge and Sunlightsquare just to name a few.