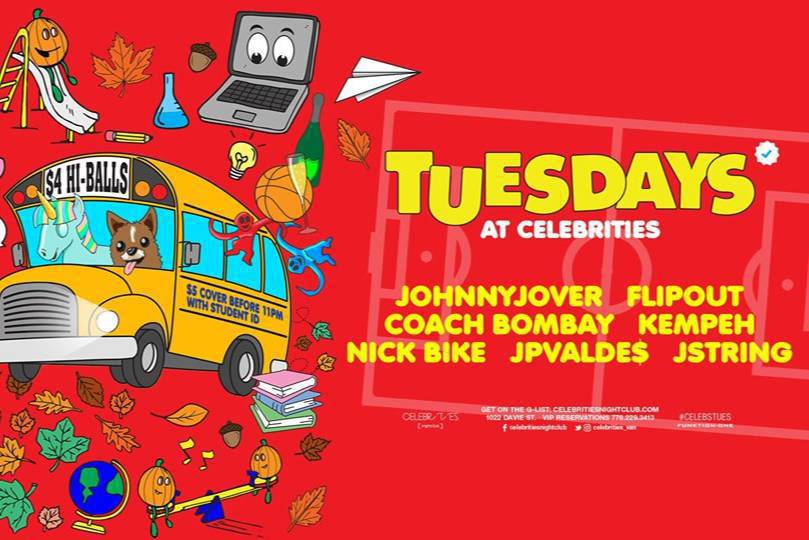 FLIPOUT
In Vancouver, DJ Flipout may be best known for his gig on 94.5 Virgin Radio, where he does a 100% live mixshow in studio featuring Top 40 hits for The 5 O’clock Traffic Jam. But before 2006, when he started doing these 250 mixshows a year on the radio, he’d already done a bunch of other stuff. He had published a rap magazine called “elements”, recorded a album with Madchild and battled as a b-boy with his crew, Contents Under Pressure. He also battled MCs on the mic and won. And a couple years ago he battled as a DJ for the first time ever and he did pretty good. More about that later.

JOHNNY JOVER
Johnny Jover is a Spanish born local Vancouver DJ and co-founder of JadoreHouseMusic.com. After being involved in the DJ scene for some years now, Johnny Jover has managed to get the attention of the biggest night clubs in Vancouver and holding residency in 4 at Vancouver busiest nights.