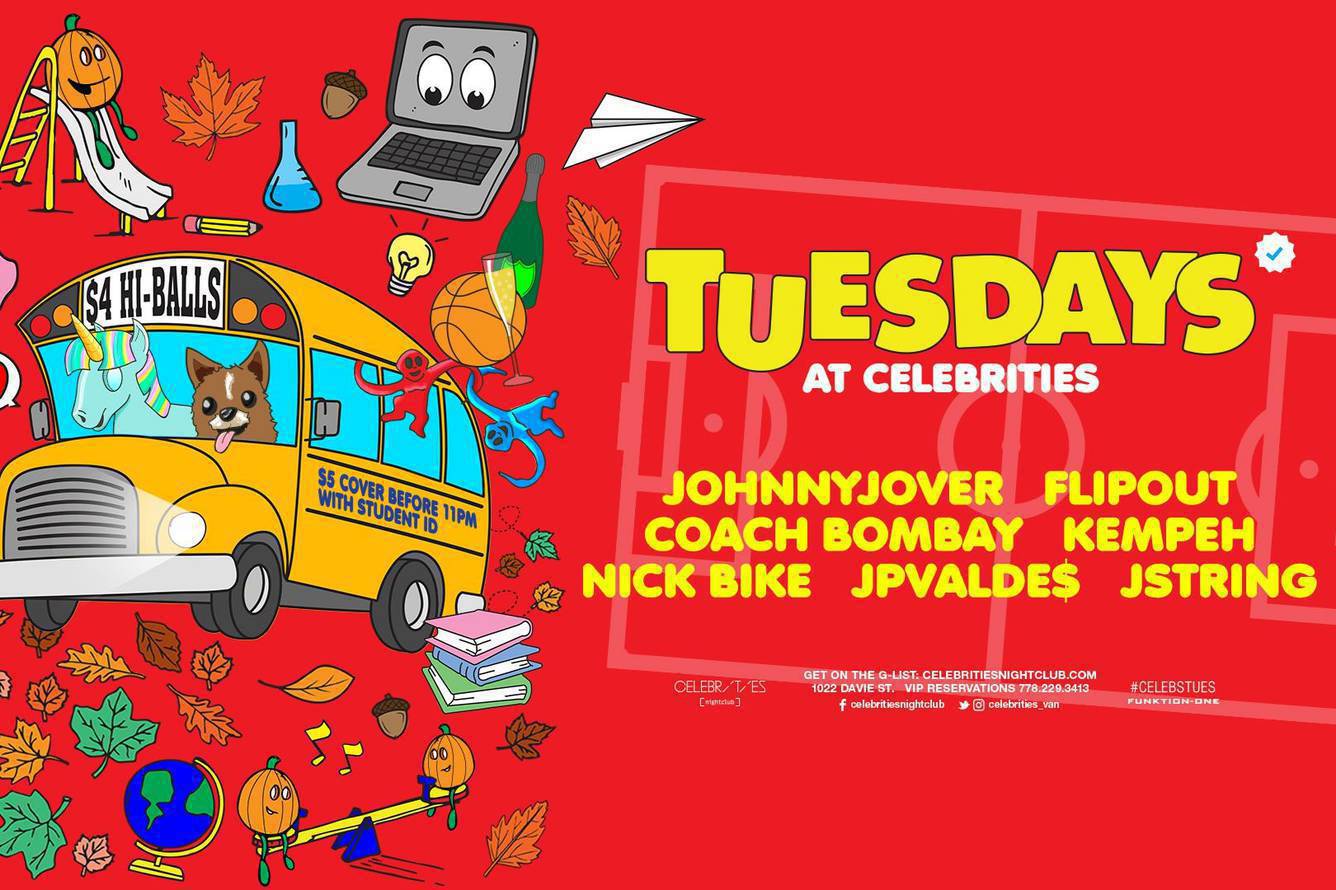 All year round, Tuesdays at Celebrities are packed with party animals. A combination of ambitious musical program, uncompromising bar service, $4 hi-balls and the fact that Celebrities has a ‘zero-tolerance policy for hate’ makes our Tuesdays the Vancouver’s #1 weeknight destination for 10+ years #CelebsTues.

FLIPOUT
In Vancouver, DJ Flipout may be best known for his gig on 94.5 Virgin Radio, where he does a 100% live mixshow in studio featuring Top 40 hits for The 5 O’clock Traffic Jam. But before 2006, when he started doing these 250 mixshows a year on the radio, he’d already done a bunch of other stuff. He had published a rap magazine called “elements”, recorded a album with Madchild and battled as a b-boy with his crew, Contents Under Pressure. He also battled MCs on the mic and won. And a couple years ago he battled as a DJ for the first time ever and he did pretty good. More about that later.