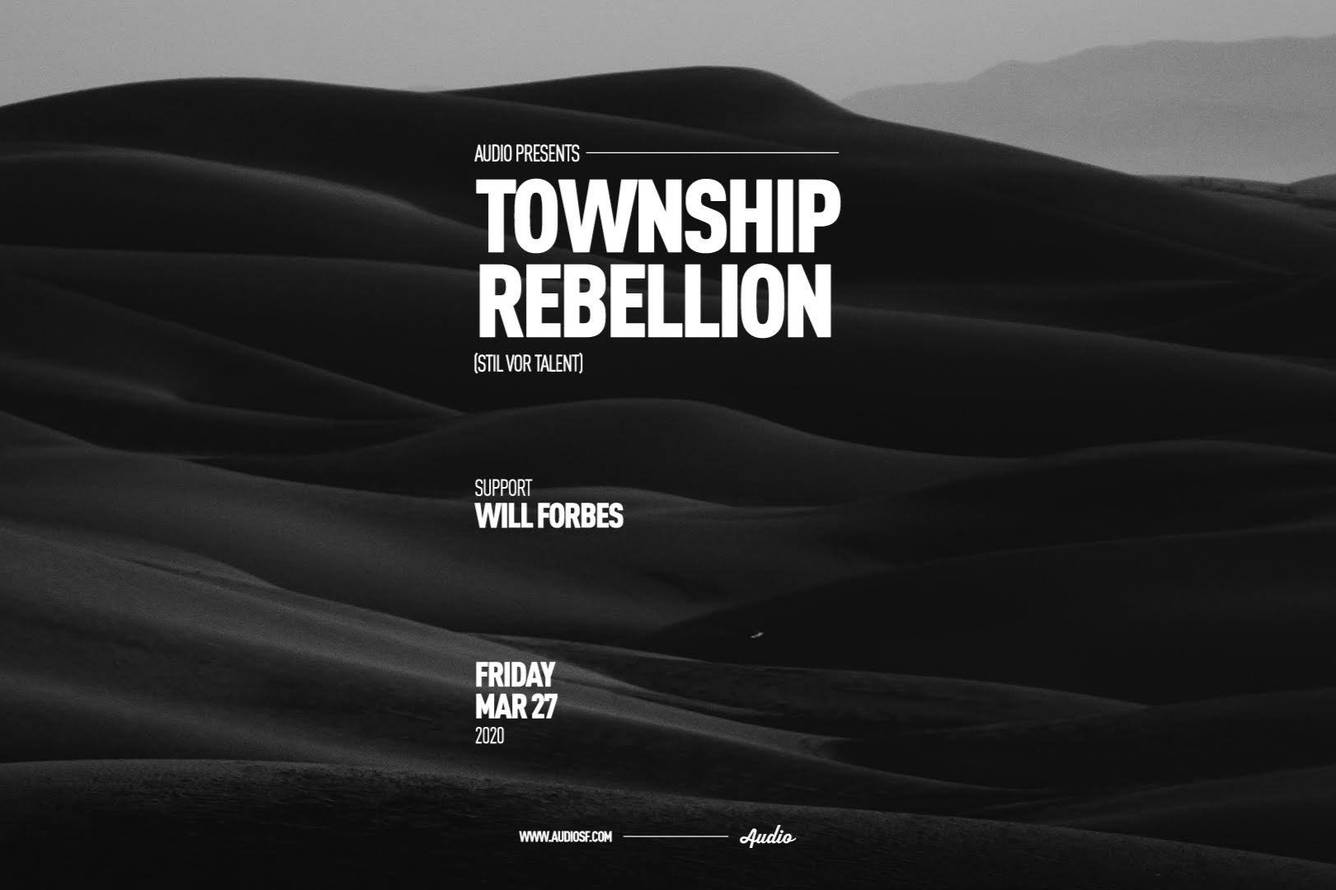 Audio presents the San Francisco debut of Township Rebellion on March 27th. Hailed for their masterful performance at Burning Man last year, we expect their first show in the Bay Area to be a big one.

TOWNSHIP REBELLION
Music is made to be claimed by its listeners as their own. Connecting singular moments and feelings, it enables a collective tribe to lose itself in the moment. Township Rebellion is a collective creating music and experiences.