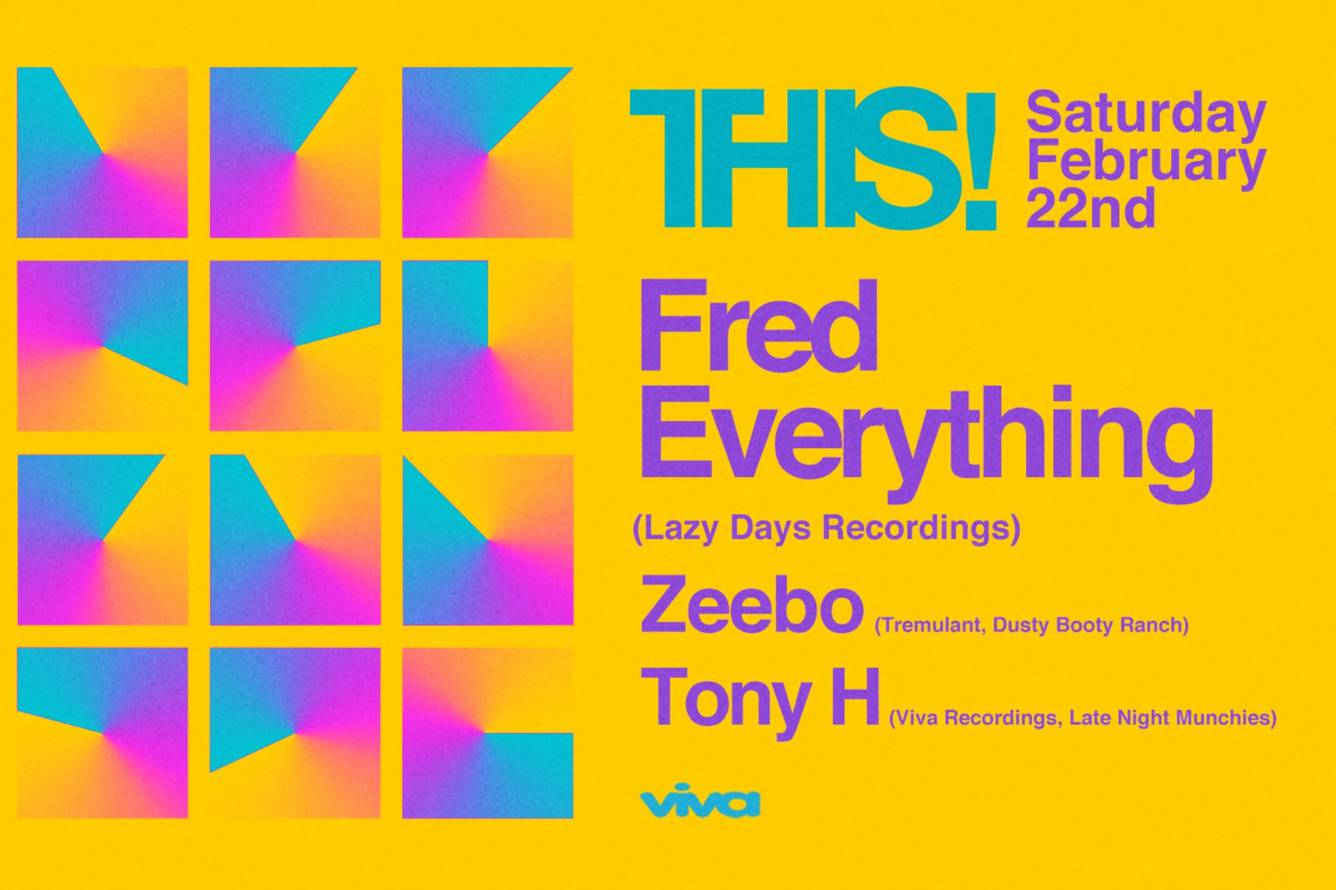 Viva Recordings Presents... THIS! @ Monkey Loft Every 3rd Saturday of the month.

FRED EVERYTHING
Canadian DJ/Producer Fred Everything is a key player in the world of House Music and with 12 years in the music business and over 100 productions to his credit, he shows no signs of stopping. Born in Hull and raised in Quebec City, Fred got the early bug for electronic music in High School. He formed a few bands while spending his weekends as one of the youngest in local nightclubs. In the early 90s, he started playing live in raves and clubs in Canada. He was then known as "Everything," because his live sets could range anywhere from techno to house, ambient and even drum and bass. He even got to open up for a then up and coming, Sasha. Tired of carrying his equipment around, mainly a TR909 and a SH101, he started DJ'ng and changed his name to Fred Everything. A move to the big city of Montreal was the next obvious thing, and it wasn't too long after that Fred found himself releasing records on some of his favorite labels and catching the attention of DJ's and producers worldwide.

DJ TONY H
Anthony Henderson, known professionally as Tony H is a Panamanian tech house, deep house, techno and minimal producer and DJ. He has had the opportunity to open for the likes of DJ EVA, Trevor Vichas, Hector Moralez, Astronomar, DJ BL3ND, Kristian Nairn aka DJ Hodor, Dean Mason, Donald Glaude, Jason Curtis, The Crystal Method, MSCLS, The Verdugo Brothers, Paul Oakenfold, Minnesota & Bacosaurus. In 2015 he founded his own label, Late Night Munchies which has already released dozens of original tracks and remixes by artists and contributors from all over the globe. The brand's regular shows featuring new music combined with Tony H's live performance skills and engaging personality has translated into a strong following of supporters. Most recently, In 2017, he started his own mix series called The Drive-Thru featuring guest mixes from djs and producers from all around the world.