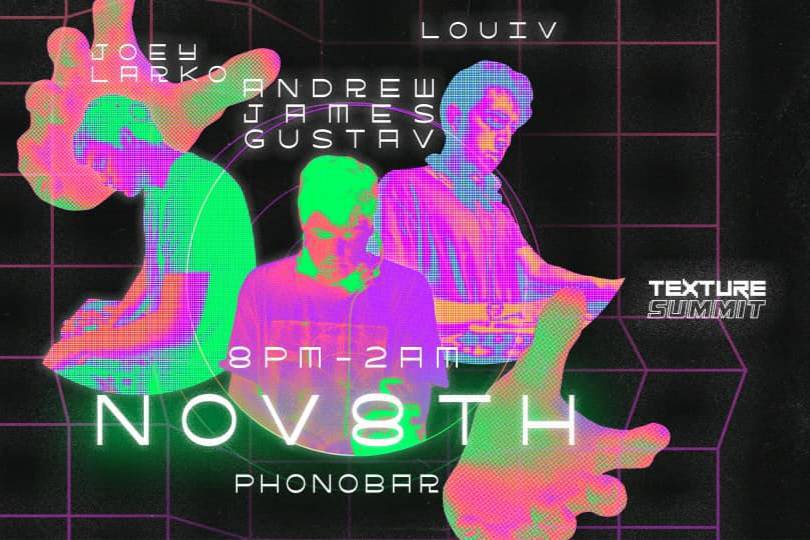 ANDREW JAMES GUSTAV
Andrew’s record collecting career spans well over a decade. His records are defined by their sense of character: in his own words, it’s “music with some sort of twist, something a bit unusual”. Initially under the spell of US house and German minimal, and always influenced by a long-lasting love for UK garage, Andrew’s sound has developed a tougher edge, encompassing vintage tech house, breakbeat, electro and quality techno from all eras and geographies. The last few years have included many memorable parties: trips throughout Europe, including clubbing institutions Robert Johnson, Concrete, Arma17, Hoppetosse and Closer, as well as less storied locations like Slovenia and Estonia; travels to Japan, South America and Canada. Andrew is resident DJ at London-based Art of Dark and recently established his own label, Marginal Returns.

LOUIV
LOUIV's music evolved from the low-fidelity of underground techno and clean scenes of serenity. His Music transitioned in San Francisco into the underground spectrum and is currently a resident with Q Underground, Aftertouch & recently joined Muted Noise from San Diego. His sets take steps across a unique blend of textures and grooves within a minimalist ambience provoking a myriad of images that makes his sound smooth & emotive.