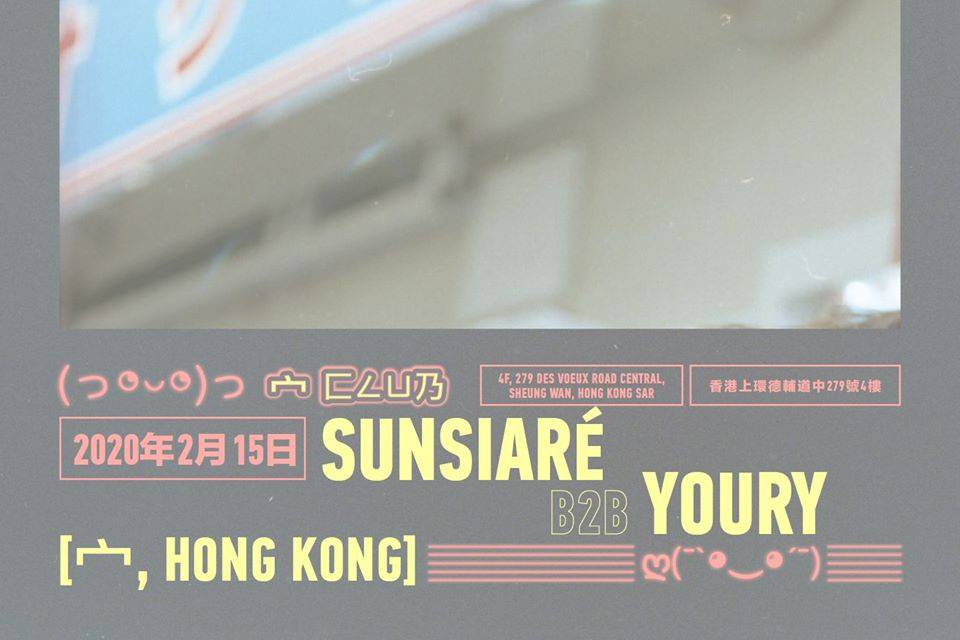 宀 residents Sunsiare and Youry are back this month for a classic 宀 music showcase for an all night long feast of House, Techno, EBM, Rave, Disco and everything in between. Catch them on Saturday to experience 宀 musical signature sound.

SUNSIARE
Sunsiaré has been living in Asia for more than 10 years now, being a key part of the regional scene since his set for the opening night of Korner in Taipei in 2012. Since then, he got involved in numerous projects with Cliché Records, being a party organiser in Hong Kong, opening the club Savage and the Equation festival in Hanoi. Being now based in Hong Kong, he is the musical director of the 宀 Club. He has been playing regularly in the main underground clubs around Asia and sharing the decks with respected artists such as Powder, Samo DJ, Gonno, Roi Perez, Boris Shanti Celeste, Funkineven, ATEQ and S.O.N.S among many others. As a reward and recognition of his solid work, he has been invited in 2017 for the first ever Vietnamese Boiler Room in Hanoi under his label name FGHB Soundsystem.

DJ YOURY
Youry's musical taste encompasses a wide range of styles and artists. Whether using hip hop, jazz, disco, or house, his signature quality is his ability to meld genres seamlessly in order to produce a groove that is both sensual and electric. No matter where he plays Russia, Hong Kong, Vietnam, and elsewhere the goal is always the same: making the crowd move their bodies to the funkiest beats around. He is an impeccable curator of sound, crafting sets that are sexy and unexpected. For Youry, music should make us feel things we can't express at least until we start moving to the beat.