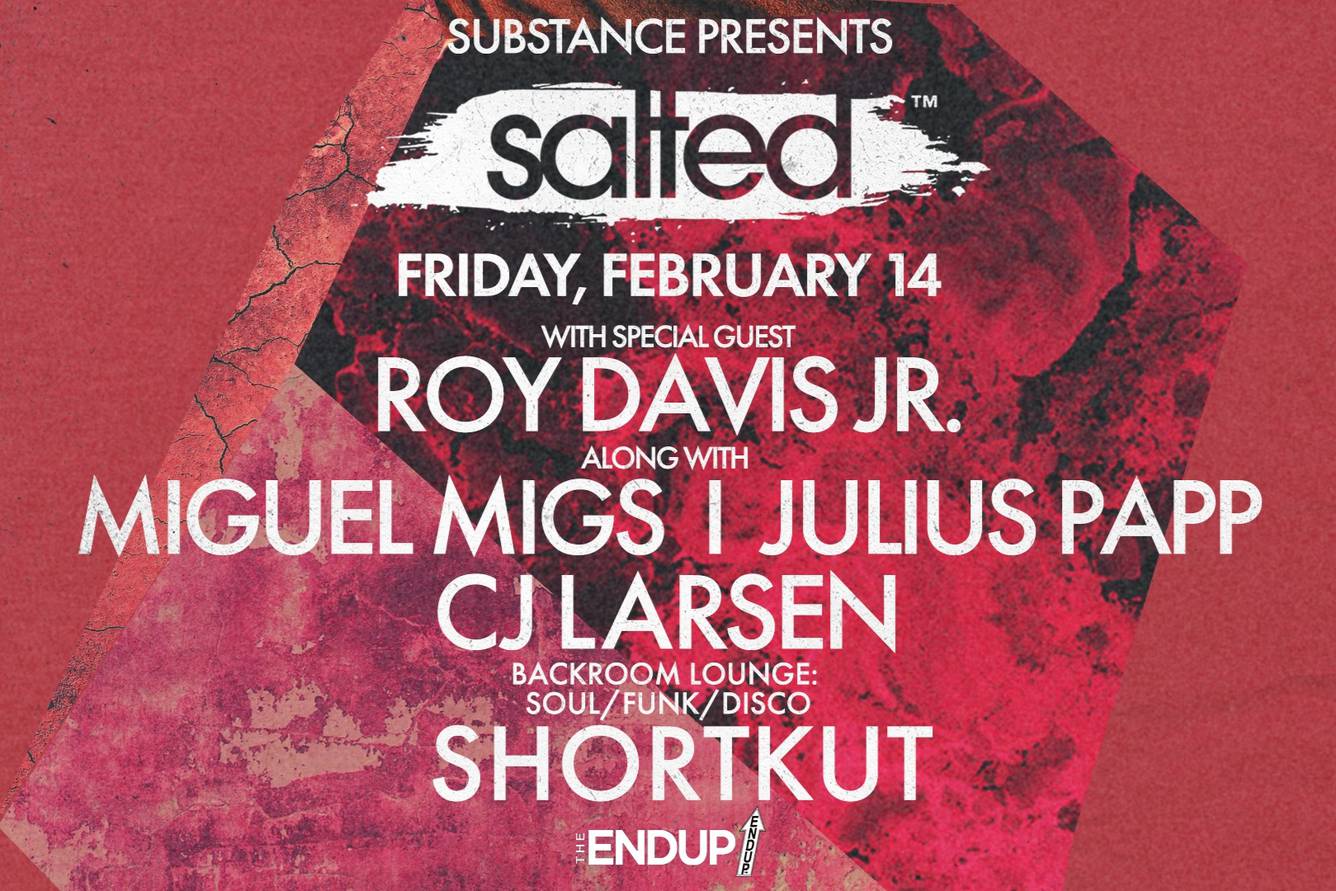 The End Up show map

Substance Gets Salted for Valentines Day!!

ROY DAVIS JR
Roy Davis Jr grew up in Chicago, IL, and was turned on to house music at an early age by the likes of Lil' Louis, DJ Pierre, Farley Keith & Marshall Jefferson. His 1996 single "Gabriel" on Large Records was a pioneering record in the history of Garage & House Music, garnering international airplay and selling 200,000 copies. Since then, Roy Davis Jr. has produced chart-topping releases for artists including Eric Benet, Faith Evans, Mary J. Blige, Seal, Morcheeba and more, and has underground hits on Clone, Cajual, Roulé and Large Music.

DJ MIGUEL MIGS
Miguel Migs grew up in Northern California on his parent’s diverse collection of classic rock, blues, funk, soul and reggae records which helped set the tone for his musical inspirations. He infuses these creative influences into his own sound, which combines this wide range of styles, blending them together into his own unique artistry. Migs emerged from the 90’s deep house underground scene to become the kind of artist who transcends the stylistic limitations of a genre so very few can. His musical journey began after picking up a guitar in his early teenage years and his first outlet was writing songs and playing in Dub/Reggae bands. Although Migs always loved and listened to all different styles of music, in the early 90’s he connected to the soulful sounds of Deep House. By the mid ’90s he began experimenting with producing electronic dance music. And by the time the new millennium dawned, a string of releases and remixes on numerous leading indie dance labels earned him an enviable reputation among discerning dance music fans worldwide. As Petalpusher, he’d also become a stalwart of the hugely influential Naked Music stable with his original productions, remixes and compilations.