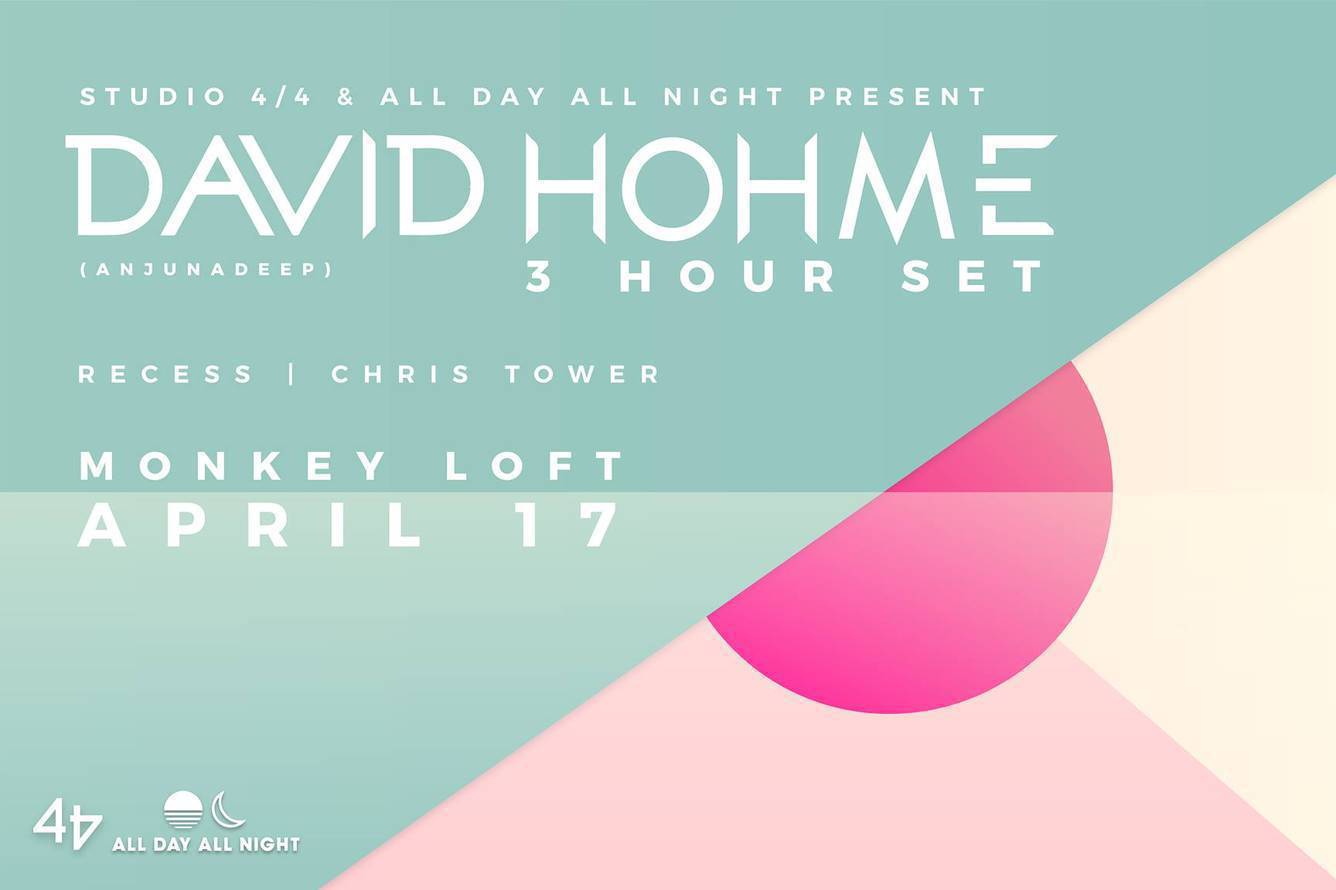 Studio 44 & All Day All Night are teaming up to bring Anjunadeep rising star, David Hohme, to Monkey Loft on April 17th. David will be gracing us with an extended 3 hour set so make sure you're in the building!

DAVID HOHME
David Hohme’s near decade residency in the thriving international underground music scene has built him a reputation for bringing dance floors to life. Early 2018 saw him embark on a global journey with the release of his “Soft Landing” EP on Above & Beyond’s deep house imprint; Anjunadeep. This past summer, the DJ Mag acclaimed artist completed his most ambitious international tour to date with overwhelming positive reviews across some of the world’s best clubs/parties as well as Anjunadeep’s sold-out Open Air series. There is only one way to properly experience the energy of David Hohme’s art; and that’s to be present for the entirety of one of his sets. The magic of word of mouth’s been the driving force of his career and David continues to live up to his reputation as one the most talented and celebrated DJ’s to come out of Brooklyn’s uber-critical music scene.