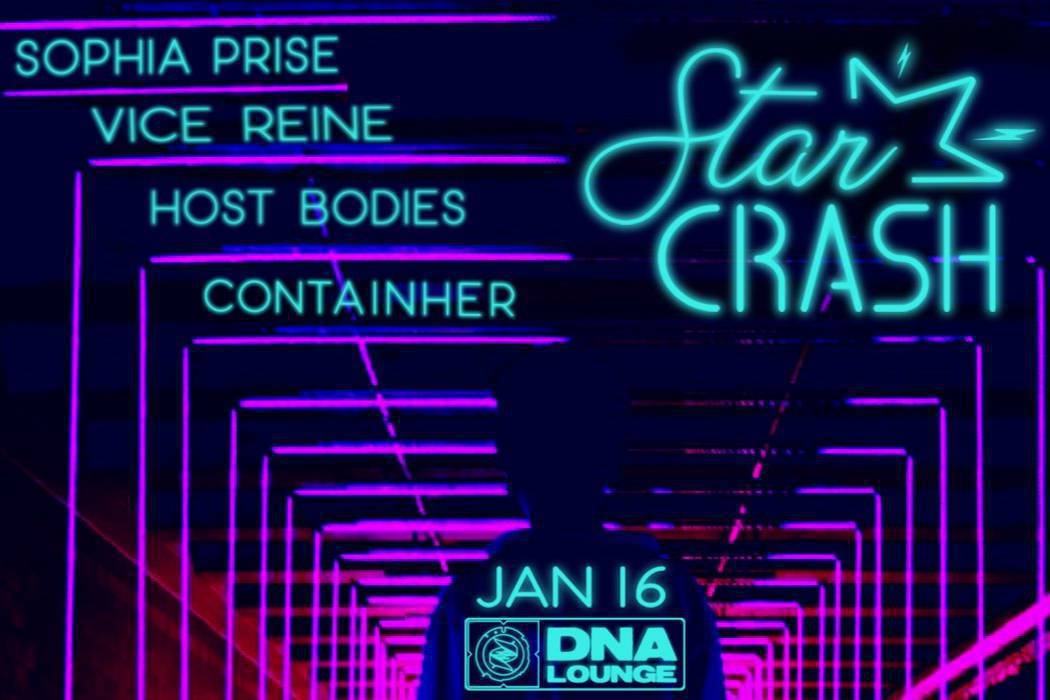 A new San Francisco club night beaming to you in the year 2020. A synthpop soiree from the other side of space. Featuring a prismatic panoply of Bay Area live electronic musicians/creators every month. Hurtling toward the precipice, we have no choice but to pursue the unknown. The stakes in the cosmic game have never been higher. This month’s star players, headed for the Crash: Sophia Prise, Vice Reine, Host Bodies & Containher. Kicking off our new monthly dance party, a star-crossed series of events unfolding on Third Thursdays all year. Get with the new, get with the now.

SOPHIA PRISE
For the live show, Sophia performs live electronics and vocals, arranges her tracks for a live drummer and string section, and throws in a dose of operatic drama. "Her emotional urgency makes for a thrilling live show" MVRemix while "meshing her given skills with the toys of the future" Emily Savage, SFBG.