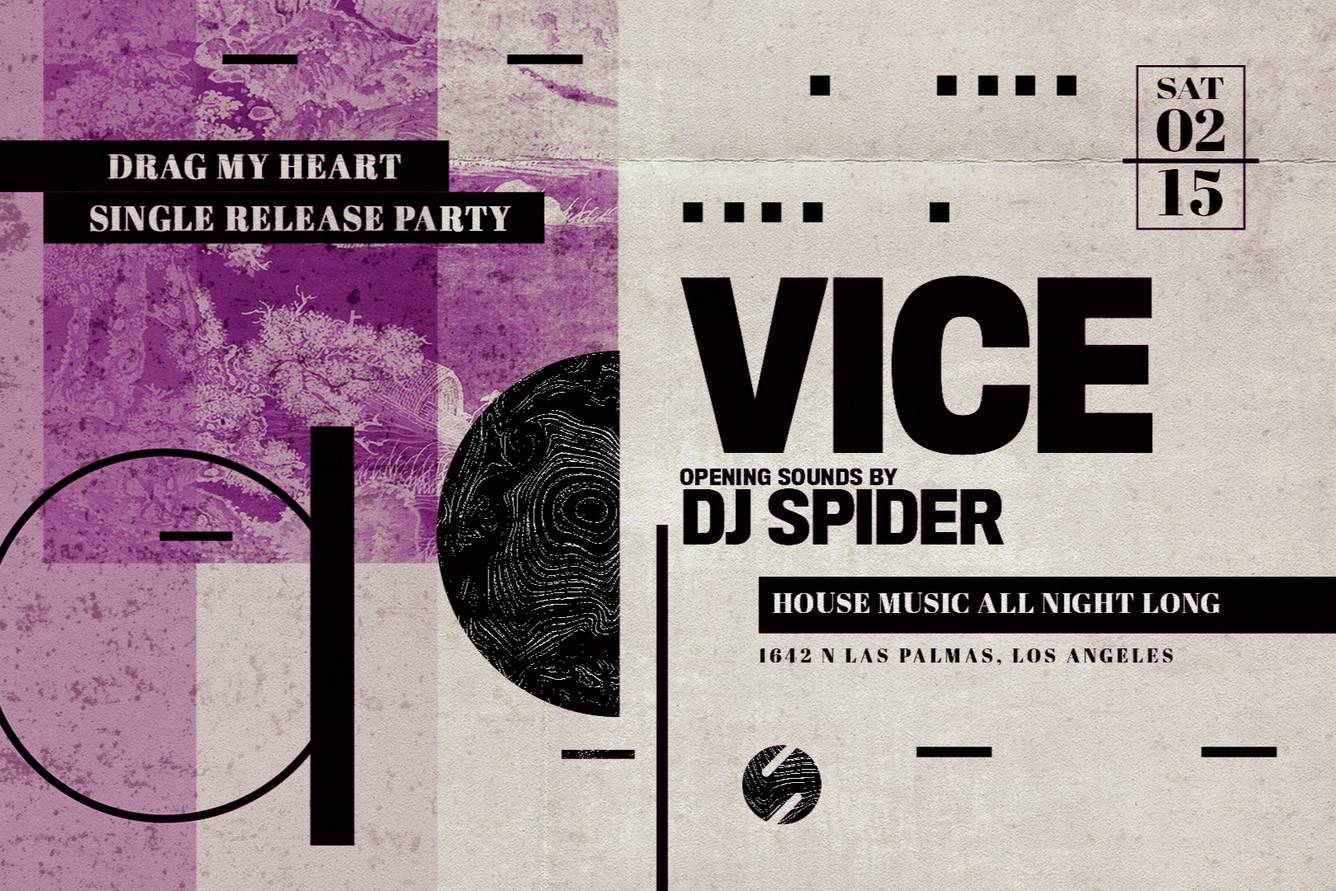 Just Announced | On Feb 15th we’re getting treated to house music all night long from LA staple VICE celebrating the release of his track ‘Drag My Heart’ plus a house set from longtime LA player DJ Spider. Definitely a rare night that we’re very much looking forward to.

VICE
LA Native, Vice is well known across the club circuit as he currently holds residences across the US in Vegas, New York and Miami. In addition to his flourishing DJ career he has also remixed tracks for artists such as Linkin Park, Rihanna, Capital Cities and Tegan & Sara to name a few. Inspired by his many travels, Vice’s music has the distinct ability to take listeners around the world to places such as Ibiza, Tokyo, London, and Hong Kong, like he did with his hit song “World Is Our Playground.” Whether it’s a fast-paced EDM song or a relaxing poolside beat, there’s a hint of adventure in every song that takes listeners to the various places that Vice has been to.

DJ SPIDER
Since the beginning of his career, DJ Spider has worked tirelessly to perfect his craft and build upon a never-ending musical library that spans every dance-able genre. A virtual tour de force on the international club and special event circuit, DJ Spider has been playing the world’s premiere venues on almost every continent since 2006. Spider’s many clients include HBO, 20th Century Fox, Amazon, MTV, Netflix, Hulu, Zumiez, and The Weinstein Company, while he’s regularly asked to play high-profile gigs and after parties at the Sundance Film Festival, the Golden Globes, the Academy Awards, Victoria’s Secret, the Playboy Mansion, and the Superbowl, among others.