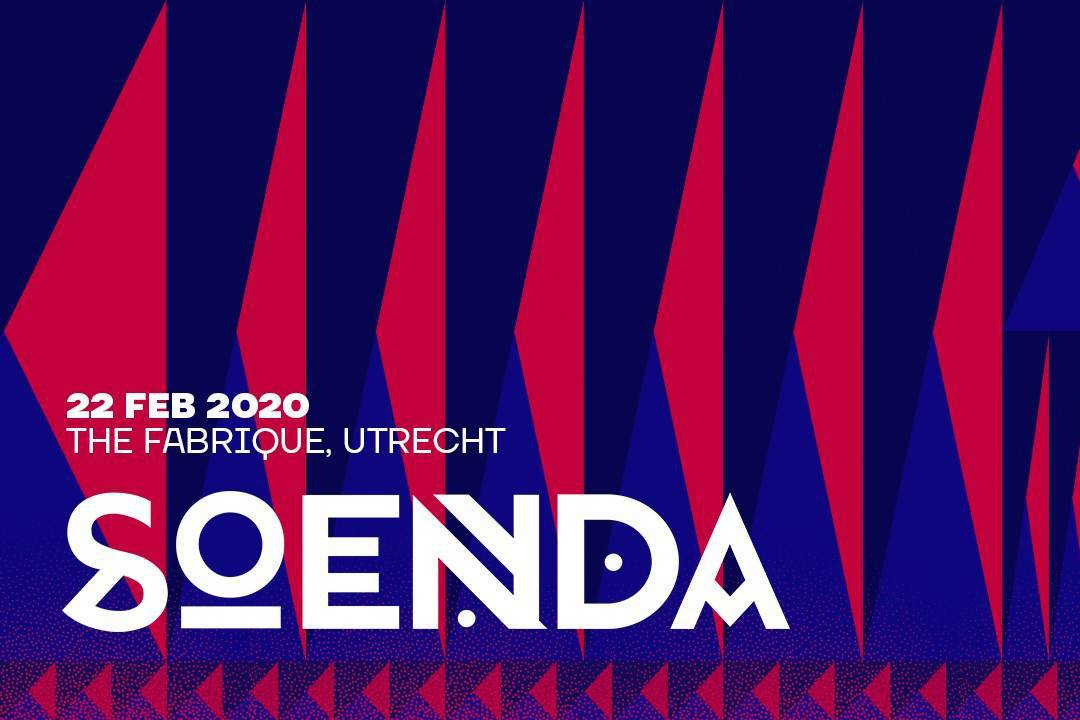 There has just been an indoor festival in November, and the next one is already on the schedule! On Saturday, February 22, you can continue to party. Check all info here! Can't get enough of the parties at Soenda? Then make sure you have your agenda at hand. In May the Soenda Festival takes place again!

999999999
999999999 -officially started in July 2016 and already affected the most important clubs and festivals all around Europe. They aroused much interest even outside the continent becoming one of the most requested live acts of the techno scene. First three releases on their label "Nine Times Nine" and their appearance on Planet Rhythm special "303" vinyl release were immediately sold out after few hours. Live is what they are whether in or out of the studio, they are spontaneous. Improvisation with hardware is the key element of their performance and is impossible to replicate.

DETROIT SWINDLE
Detroit Swindle is an electronic house music duo started in 2011 by Lars Dales & Maarten Smeets. The Dutch duo put out most of their music through their own label Heist Recordings and have quickly gained popularity through their early releases like “The Wrap around”, and “The Break up”. Just recently they have released an EP for the legendary AUS Music which saw them exploring a more electronic sound, while their edit of Gaoulé Mizik’s ‘A ka titine’ showed their appreciation of world music made ready for the dancefloor. On their sophomore album ‘High life’ they showcased their love for electronic funk, upbeat house and wordly electronics and worked together with artists like Tom Misch, Seven Davis Jr., Jungle by Night and Lorenz Rhode. Detroit Swindle have remixed artists like Tom Misch, Kerri Chandler, Mayer Hawthorne and Hercules & Love Affair. As avid record collectors of both old and new music, their DJ style is as varied as their taste in music. Rather not limiting themselves to a certain sound, Detroit Swindle will play just about anything. So whether it’s classic house, obscure disco, African funk, soulful techno or any other genre from across the globe: if it puts a smile on your face, they’ll play it.