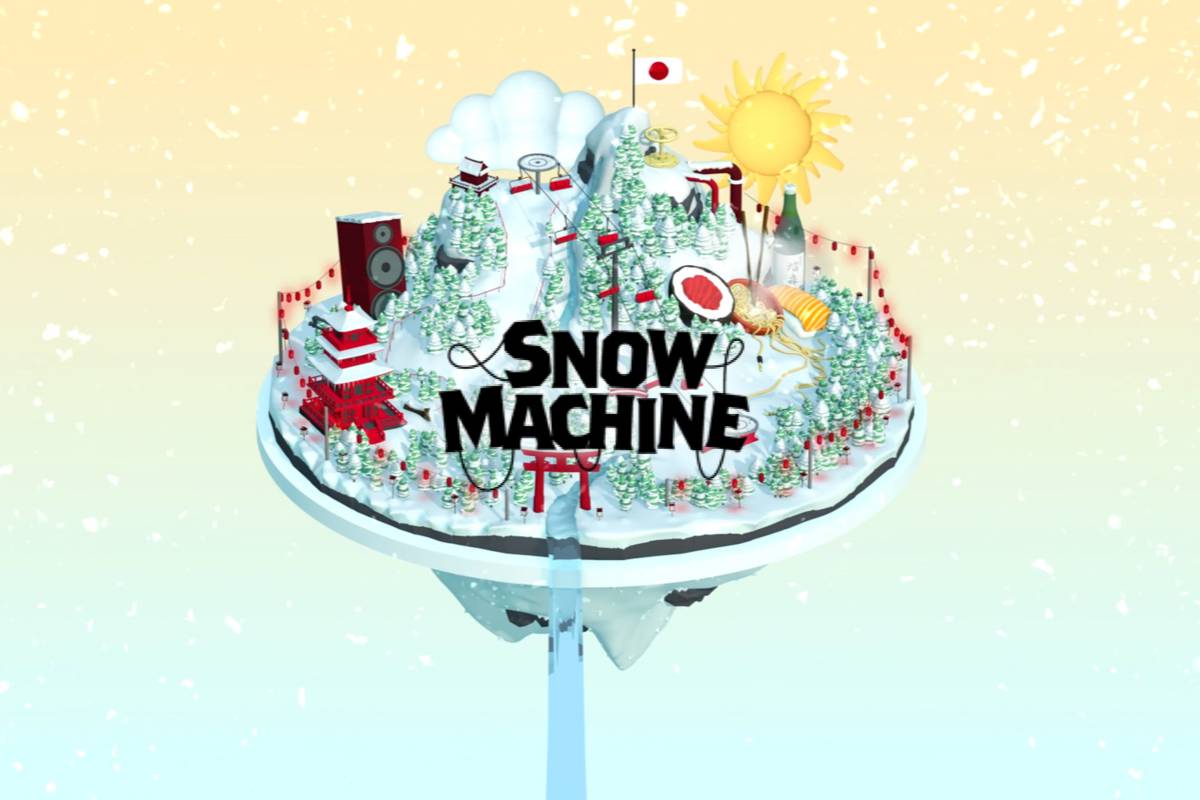 Snow Machine is a brand new boutique alpine festival, showcasing four days of music at Japan's largest ski destination: the 10 mountain-resorts of the Hakuba Valley. Snow Machine's debut edition will feature dance music royalty Peking Duk and What So Not, acclaimed producer duo Hermitude, chart topper Illy, indie-pop quartet The Jungle Giants, party-starters Confidence Man and Hot Dub Time Machine. All will play out amongst some of the most idyllic backdrops throughout the Hakuba ski fields, from sweeping mountaintop vistas to cosy après soirees, outdoor village stages and to onsens.

PEKING DUK
Australia's Peking Duk are an electronic production duo known for their dance-oriented, rock and pop-influenced sound and cheeky, party-ready attitude. Formed in 2010 in Canberra, Peking Duk feature Adam Hyde and Reuben Styles. Prior to working together, Hyde had played bass in various bands and Styles had been involved in hip-hop projects. They debuted in 2011 with the singles "Bingo Trippin" and "Welcome" featuring Stef K. However, it was their 2012 bootleg remix of Passion Pit's "Take a Walk" that caught the public's attention and helped elevate their profile.

WHAT SO NOT
An electronic music project from Aussie producer Chris Emerson, What So Not was founded in 2011 as a duo consisting of Emerson and Harley Edward Streten, the latter of whom operates under the nom de plume Flume. The duo issued a debut EP, 7 Dollar Bill, shortly after forming, and also began releasing remixes of artists like Major Lazer, Peking Duk, and Tom Piper. The year 2013 saw the release of a second EP, The Quack, which featured a collaboration with American rapper Action Bronson. Later that year, the single "High You Are" arrived, followed by 2014's "Tell Me," a collaboration with RL Grime. Flume left the project in 2015, shortly before the release of the Gemini EP. The EP included the eponymous hit single, which featured Sydney-based singer and producer Jessica Higgs, better known as George Maple. Another single, "Lone," dropped the following year. That track appeared on 2016's Divide & Conquer EP, which included collaborations with Kimbra and Rome Fortune as well as Maple. Instead reunited with Maple for that October's "Afterglow," a single by Australian rapper Tkay Maidza that also featured production work by Djemba Djemba. In late 2016, What So Not and Skrillex teamed up with Grime on the single "Waiting." After the release of the stand-alone single "Better" in 2017, What So Not began the rollout for his debut full-length. Arriving in early 2018, Not All the Beautiful Things featured appearances by familiar faces Skrillex and Rome Fortune, as well as an inspired roster of additional guests including Daniel Johns, Slumberjack, San Holo, and Toto.