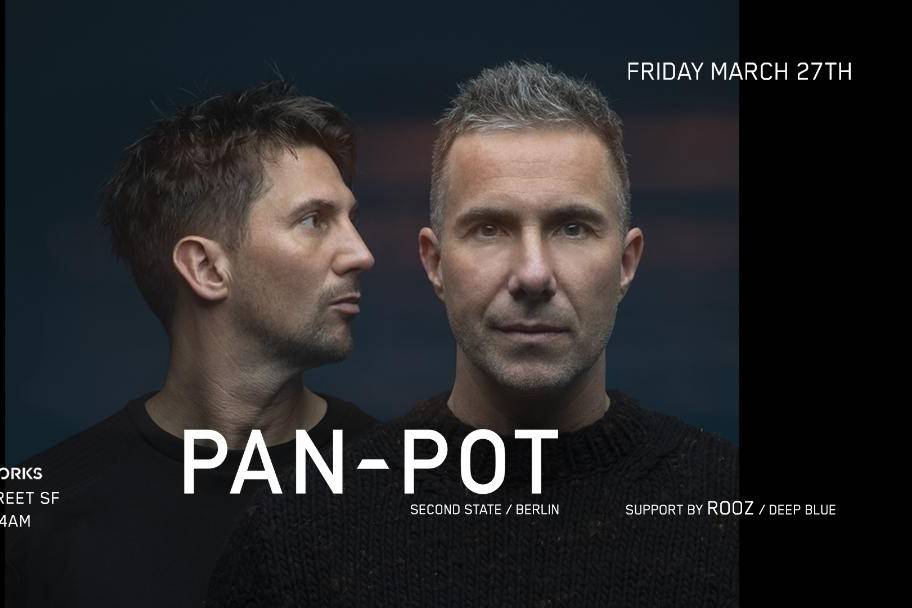 SET with Pan-Pot at Public Works

SET with Pan-Pot at The Public Works SF + Rooz SF

PAN-POT
It can be the similarities between two people that draw them together, but it's the differences between them that create something special. It would be nothing if those two polar opposites failed to meet in the middle. Such is the story of Pan-Pot. Tassilo and Thomas met at Berlin’s renowned School of Audio Engineering, better known as the SAE Institute, and were drawn together as they were the only two in their studies who had their sights set on the sound of techno. Their initial musical efforts placed a primacy on integrating electronic experimentation with minimal stylings while simultaneously establishing the ominous, murky sounds that have since become synonymous with their name. The defining moment of Pan-Pot's career came in 2007 with the release of their debut artist album, Pan-O-Rama. The aptly named long player offered a 360-degree view of techno that was unique, uncompromised and most importantly, their own. The body of work perfectly balanced heavy, peak time club stormers to deeper, more intricate atmospherics and birthed the overground hit "Charly". More recently "Confronted" and "Captain My Captain" have demonstrated their classic, bold and timeless production style, presenting them as the producers at the top of their game, both sonically and conceptually.