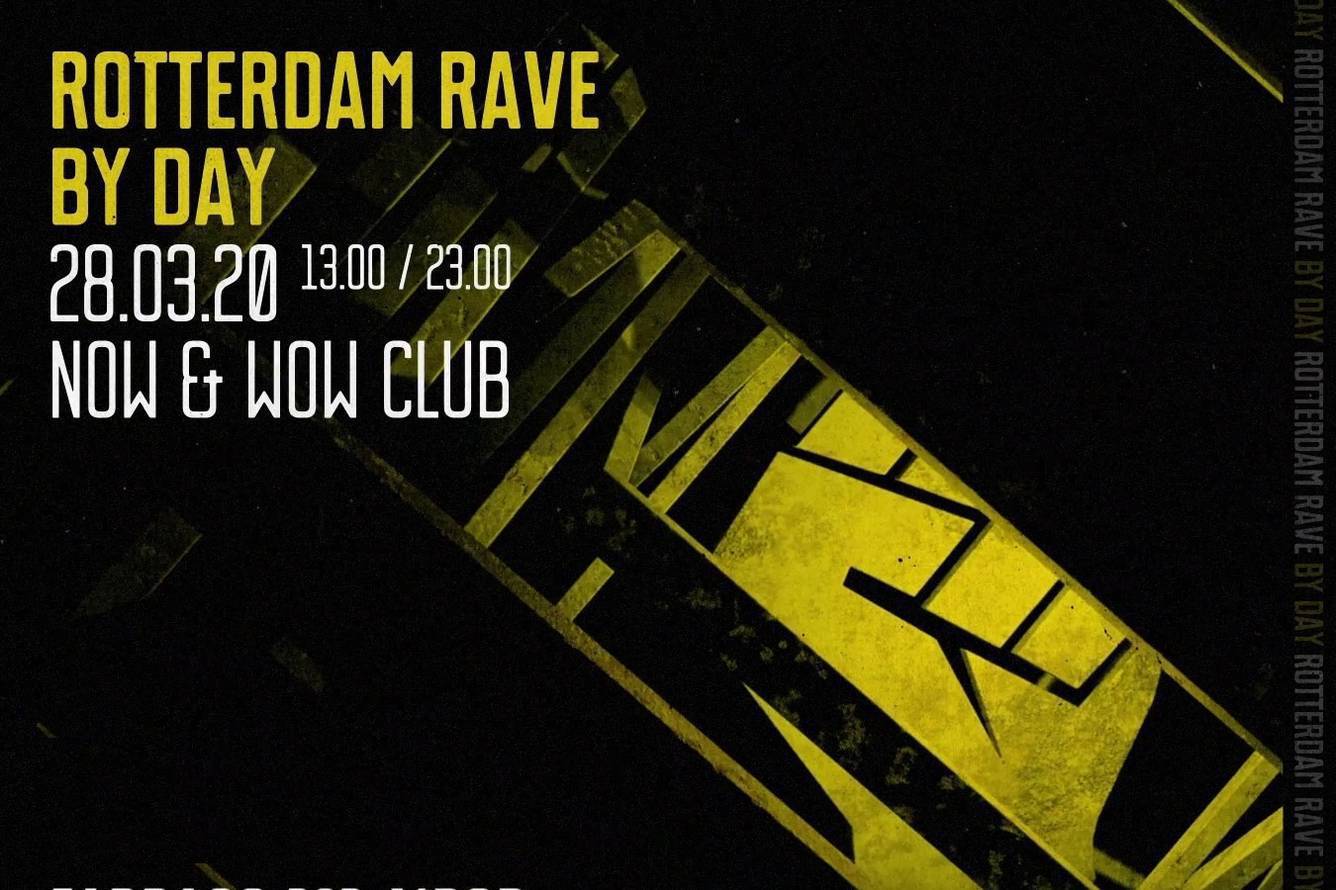 Ready to rave with us at daytime? Due to the high demand, we have decided to add an extra rave for you! Besides the already SOLD OUT - Rotterdam Rave 'Spring Special', we are opening the doors of the Now&Wow Club for Rotterdam Rave by Day indoor festival, on the same date.

KOBOSIL
Max Kobosil, born, raised and based in Berlin, discovered Techno when it emerged from sub culture into modernity. In a short period of time Kobosil left his mark on Berlin by filling a formerly blank space with subtly hypnotic synth sounds, monochromatic textures and ambient excursions, and especially the darker, more powerful variant of Techno. Through his own RK imprint or releases on MDR, Unterton and Ostgut Ton he has built himself a reputation as a producer with a clear focus on straightforward yet multi-faceted tracks.