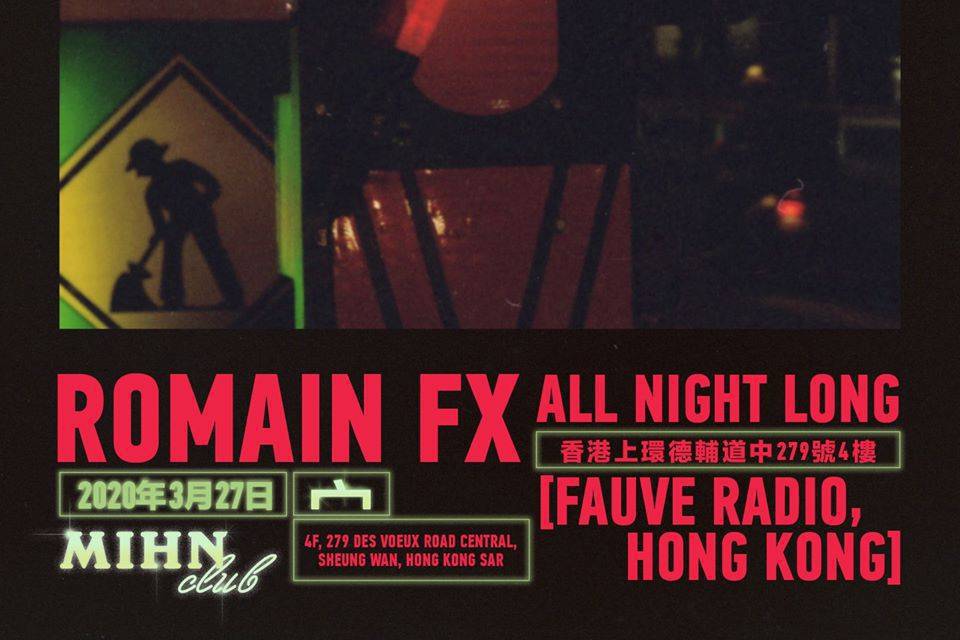 ROMAIN FX
Romain he has been a key innovator in the Hong Kong scene for the past 10 years, spearheading fresh concepts such as Roofest, the island's first rooftop festival, the first full time and award winning radio station called Fauve Radio, the first dance music oriented record store called The Pharmacy and on top of it all has been organising monthly parties under the name ROAM bringing international artists such as Jayda G, Move D, Habibi Funk, Demuja and many more. He is now launching his production career with releases on his own imprint Fauve Records and also on other labels like Fantastic Voyage, Ca$hminus, 41,000Hz Social Club & Hard Fist Records. Only within the first 6 months of producing, his music has been played by some of the biggest acts in the game such as DJ Harvey, Horse Meat Disco, Skatebard, Lauer, Tornado Wallace, Lipelis & Orpheu The Wizard, Kamma & Masalo to name a few and also in some of the most iconic venues such as Berghain, Robert Johnson, Dekmantel, Igloo Festival, Pikes and more. His Boiler Room debut during the Shi Fu Miz festival 2019 has really marked the beginning of his full-time career.