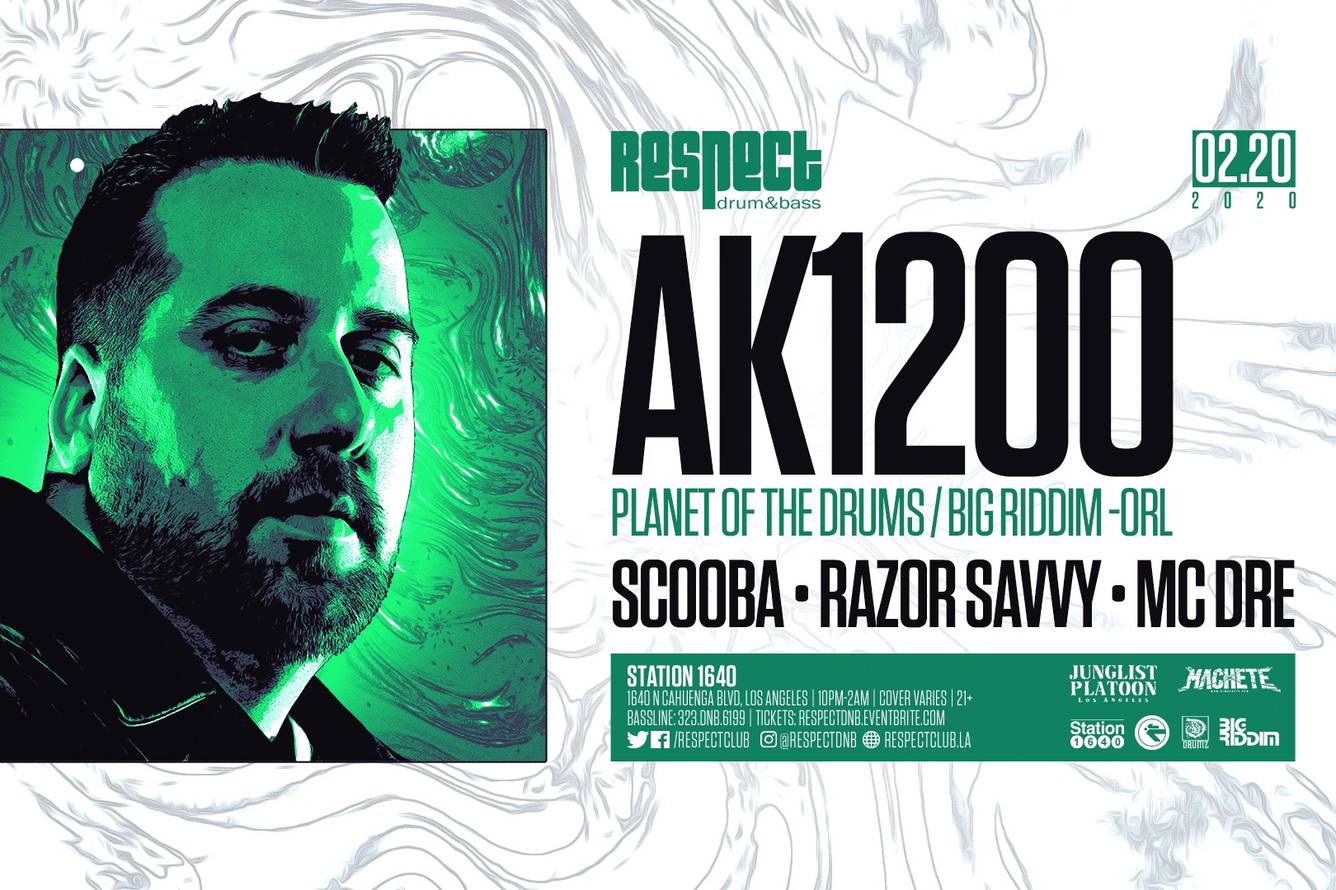 AK1200
The longest running D&B DJ in the USA and founder of Big Riddim Recordings, Dave AK1200, has been a driving force within Drum and Bass culture in America since its inception. From his legendary mix CD's to his extensive list of high profile remixes and original tunes, he has maintained a presence within the industry for more than 20 years. For lack of a better term, AK is a "classically" trained DJ. He is known for his abrupt style of live mixing and spontaneously programming groups of tunes into unforgettably raw sets.

DJ SCOOBA
Dj Scooba is one of the founding fathers of Junglist Platoon as well as a resident to LA's longest running Drum and Bass weekly RESPECT. Scooba has played an integral part in the Los Angeles Drum and Bass scene for over a decade and his fan base continues to grow with every set he plays. In 1991 his friends introduced him to Techno/Acid House and the underground scene. He started going to warehouse parties every weekend such as Paw Paw Patch, Aphrodite's Temple, Double Hit Mickey and all of the R.E.A.L event shows. He was influenced by local DJ's like Ron D Core, Barry Weaver, DJ Dan, R.A.W.,Doc Martin, Oscar Da Grouch, Joey Beltram, Frankie Bones, Adam X, Aldo Bender, Steve Loria and Michael Cook. He also experienced some live performances by Moby, Digital Boy, Prodigy, Human Resource, N-Joi, and Altern 8.