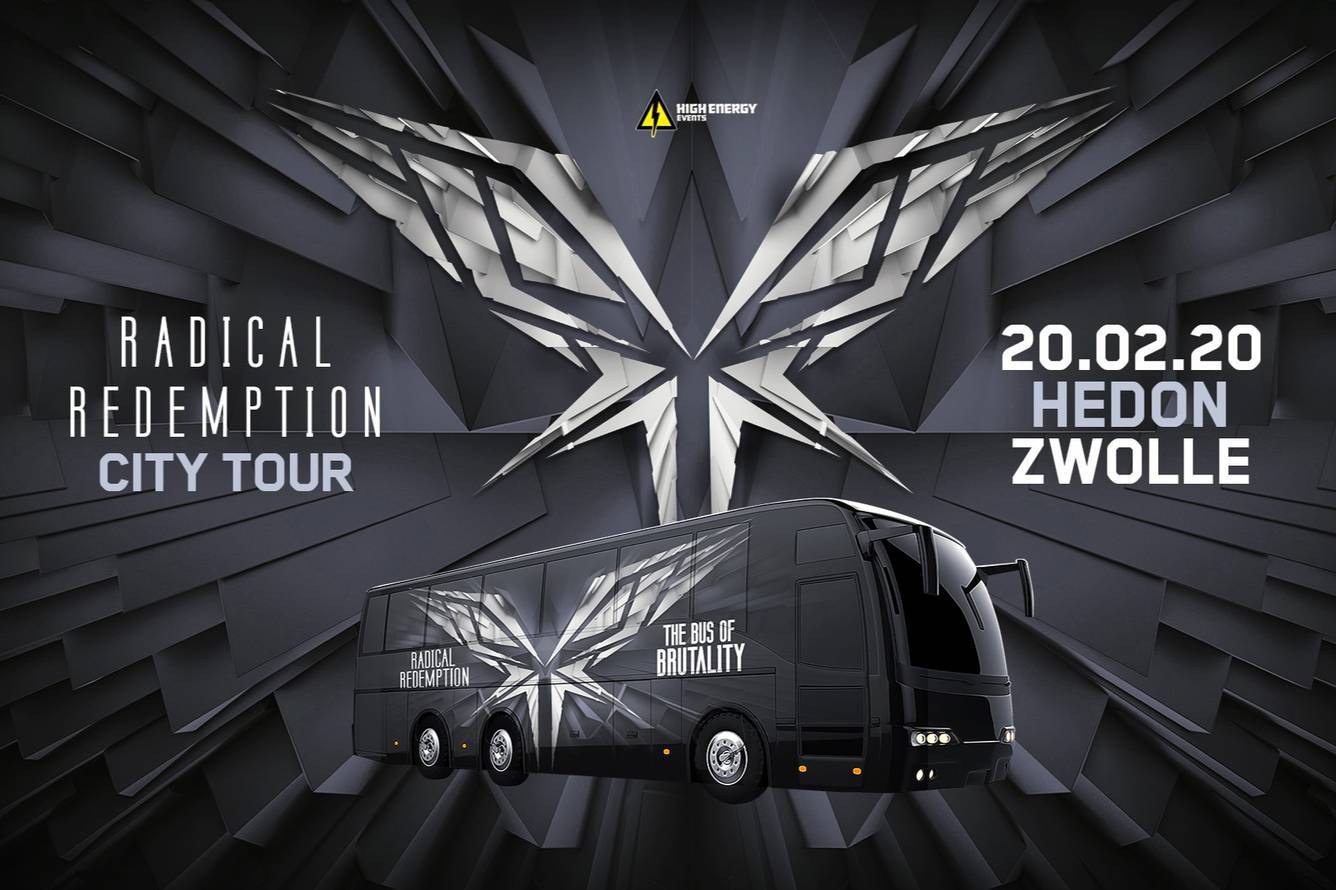 RADICAL REDEMPTION
Joey van Ingen a.k.a. Radical Redemption is the man behind this new name in the hardstyle scene. He’s born in 1990, and grew up in the east of the Netherlands. From day one he was interested in all kinds of music. At age 10 he started to play the drums. His interest went to the rhythmic elements in music. As drummer he played in several bands, ‘Pacific’ became his main project. But, at that same time he came in touch with the harder side of dance music. He had to make a choice. Joey wanted to spin records, so he bought two turntables and started practicing. After a while he organized hardstyle parties in his garage for his friends. They had a good night partying and Joey had a good night behind the decks! A couple of months later he became the resident DJ in a local club. But, what if he could spin his own tracks? That would be totally awesome! So, around the beginning of 2009 he started producing hardstyle. He used all his spare time to improve his producing skills. Day in, day out, producing, producing and producing.