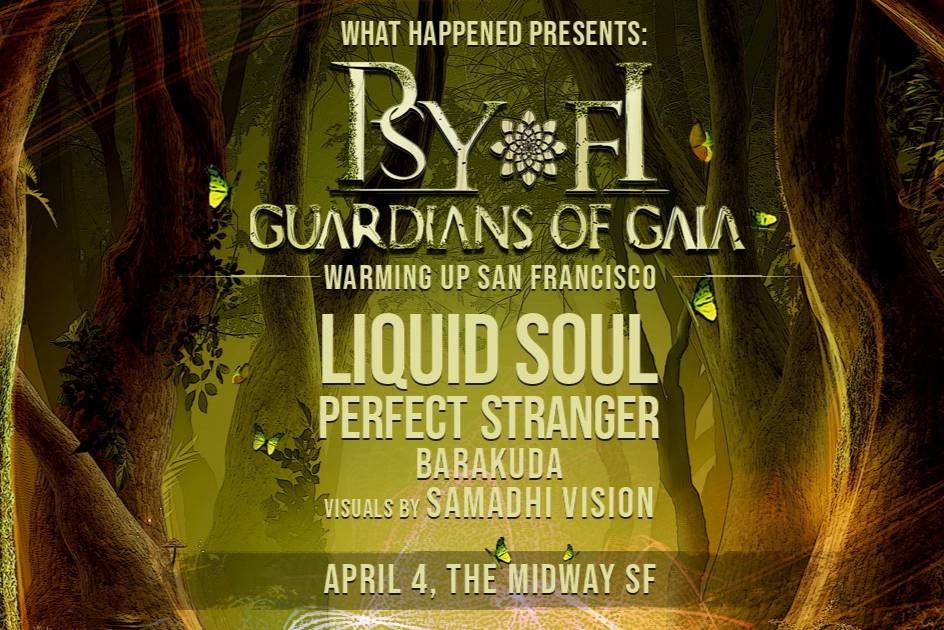 We are so excited to announce our collaboration with Psy-FI Festival in the Netherland for a warming up event in the SF Bay Area with the legendary Liquid Soul as the headlining act. We believe the electronic scene is so much more than just music, its an experience, a philosophy, a journey. Let us take you on yet another wild ride. See you soon!!

LIQUID SOUL
Nicola Capobianco, a Swiss born producer and DJ who is better known for his project called Liquid Soul. Falling in love with electronic music from a very young age, he almost immediately took an interest in DJ’ing back in 1993, this is the very year where his journey into the world of music officially begun. It became clear that his new found passion wasn’t just a passing phase and would last as he made the decision to venture deeper into music. Shortly after 2001 Nicola discovered the psychedelic side of trance music. He felt the urge to again explore new avenues within himself. This reinvention process gave birth to his current and popular project, Liquid Soul. He played a vital role and was one of the pioneers in shaping the Psychedelic Progressive Trance landscape to where it has grown today. Liquid Soul became a worldwide sensation for his productions and his distinctive sound signature. A sound that can be best described as masterfully capturing emotion through the perfect use of uplifting melodies which manages to intelligently fuse into Psychedelic Trance. These unique qualities have simply set Liquid Soul apart from the pack, making him one of the most requested artists in the business today.

PERFECT STRANGER
The Perfect Stranger project was born pretty randomly in 2005, when Iboga label boss Michael Banel suggested that Yuli start making some progressive tunes. Fortunately for us, Yuli’s response was “Sure, why not!”. The following year saw the release of his debut album “Learning=Change” on 5th of February, which also happens to be Yuli’s birthday. A year later came the release which marked a milestone for Perfect Stranger – “Changed” – a remix CD which gave rise to some of the most epic tunes which still reign dancefloors today. The release of “Free Cloud” in 2008 took the Perfect Stranger sound to its peak and made its mark on the scene with a unique psy-tech sound that had been unprecedented before.