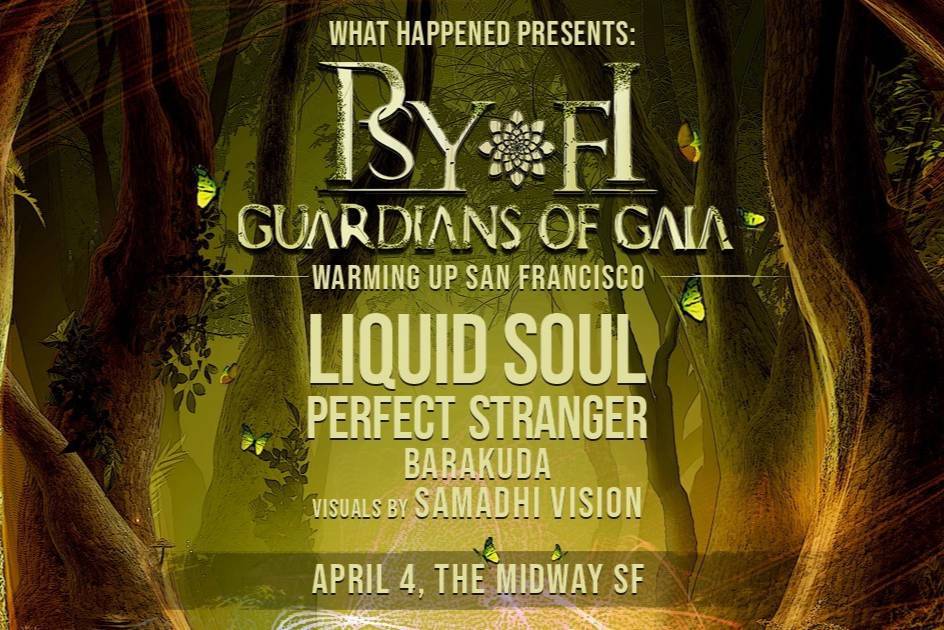 This event has been postponed. More details coming soon! We are so excited to announce our collaboration with Psy-FI Festival in the Netherland for a warming up event in the SF Bay Area with the legendary Liquid Soul as the headlining act. We believe the electronic scene is so much more than just music, its an experience, a philosophy, a journey. Let us take you on yet another wild ride. See you soon!!

LIQUID SOUL
Liquid Soul (official) (Iboga Records)Nicola Capobianco, a Swiss born producer and DJ who is better known for his project called LIQUID SOUL. Falling in love with electronic music from a very young age, he almost immediately took an interest in DJ’ing back in 1993, this is the very year where his journey into the world of music officially begun. It became clear that his new found passion wasn’t just a passing phase and would last as he made the decision to venture deeper into music. Shortly after 2001 Nicola discovered the psychedelic side of trance music. He felt the urge to again explore new avenues within himself. This reinvention process gave birth to his current and popular project, LIQUID SOUL. He played a vital role and was one of the pioneers in shaping the Psychedelic Progressive Trance landscape to where it has grown today.