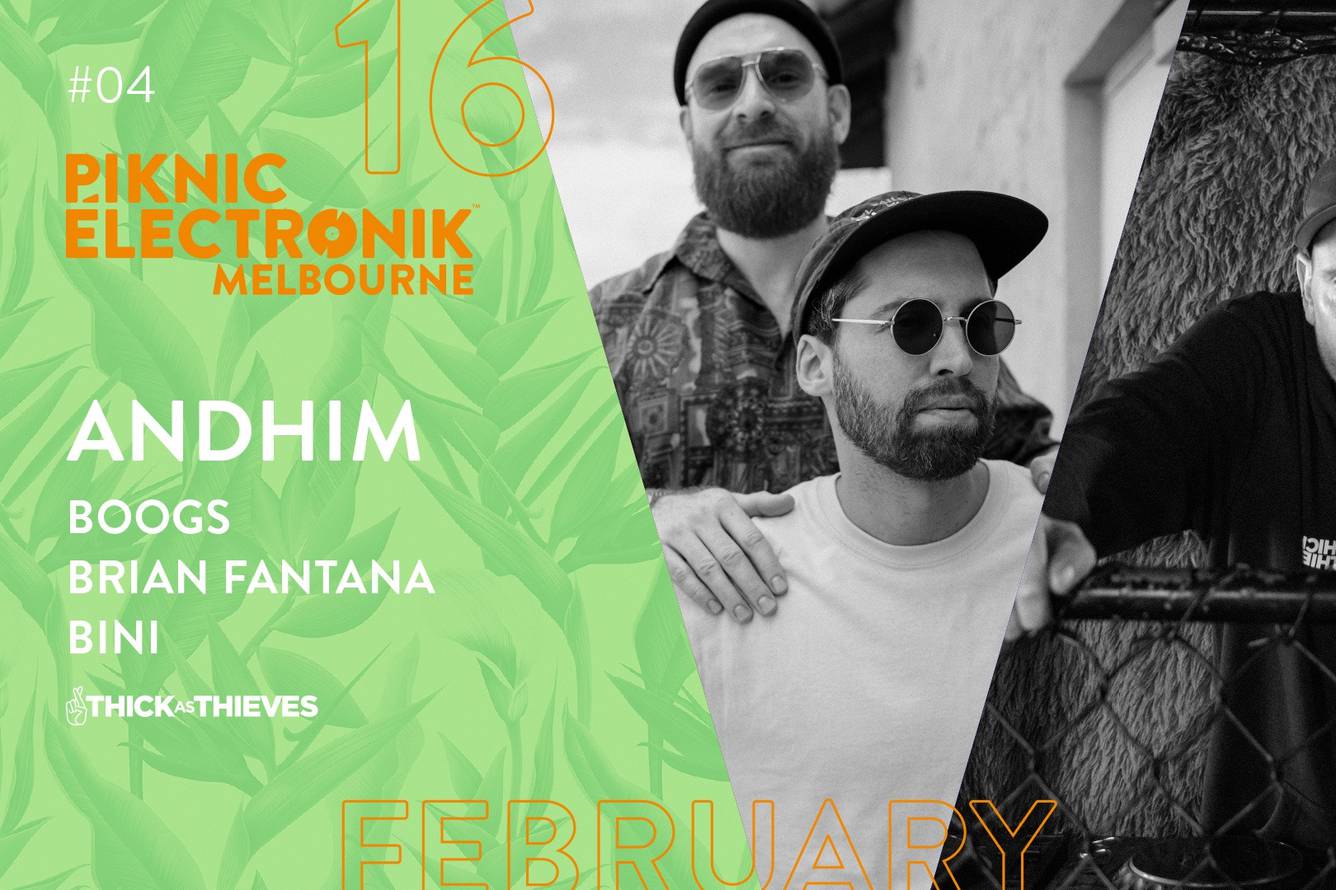 Pack your lunch and get ready for season 6 of Piknic Électronik Melbourne! We've changed it up a little this year and switching to monthly shows plus a few surprises to come. Attendees can expect another world class season of electronic music with delicious food and beverages all Summer long at the The Sidney Myer Music Bowl. With our shows being monthly there really is no reason to miss out! Secure your spot to each and every Piknic this season with a full season pass and don’t miss a beat this Summer. Piknic Électronik is proud to announce its full program for their sixth season in Melbourne, Australia. The party will go from what was previously a weekly event to a jam packed once a month Sunday program, making it a great option for fans of the series

ANDHIM
Andhim a new boys in town It was spring 2010 when the cologne natives decided to kick their ass into gear and get out of their Studio to bring their beats to the world. Less than 12 months later Andhim were voted in the top-ten German newcomers of Groove and Raveline Magazine and their records were found in the cases and remix-wishes of many unknown and famous DJ’s alike. Their sound, which they self describe as “Super House” has become its very own genre built from their soul and passion. Andhim’s unique sound, party proven and of reduced nature, is organic with an emphasis in the finer detail. The boys grassroots flow from Hip-Hop, and they work mainly with samples which makes their tracks one of a kind. This individuality has earned them a home with Labels such as Monaberry, Terminal M, Sunset Handjob or Get Physical. When performing live one can really feel the full commitment and passion of the boys.Energetic, creative and always entertaining, they present their very own interpretation of electronic dance music that makes dads cheer and mums scream. The boys see the record player as their instrument, which they use to create new sound worlds, which separates them from the standard reproductive character of a DJ.