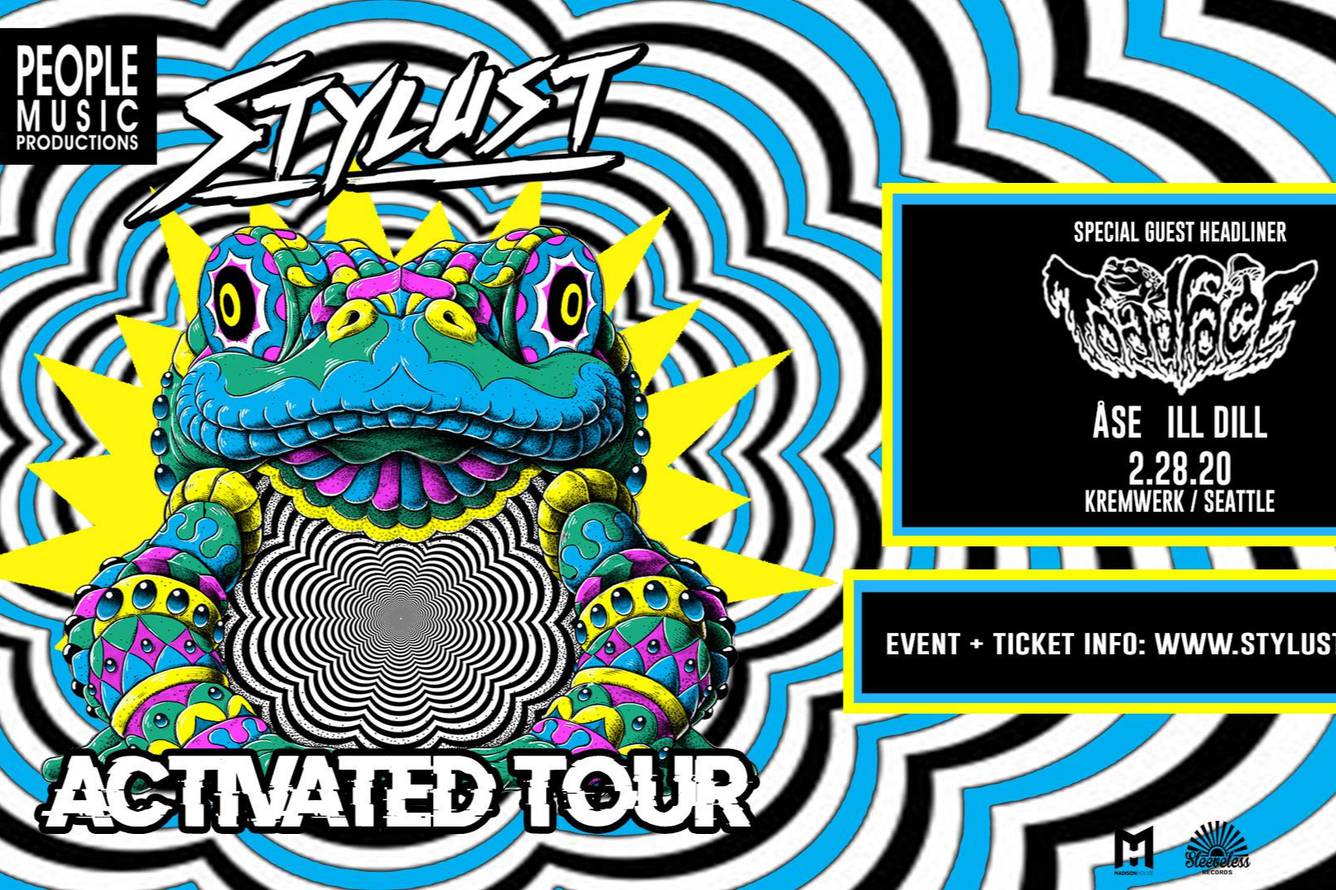 STYLUST
Known for his sleeveless, whimsical synergy with the fans, Geoff “Stylust” Reich has been creating his own counterculture since he was a teenager. A skateboarder and hip-hop devotee, this dubstep DJ’s talent for fusing rap hooks and bass beats with electronic music has earned him the rep as a creative renegade carving his own path. With a style that captivates lovers of any music with a pulse, this Canadian-bred, Los Angeles DJ has emerged as a frontrunner in the new wave of EDM. Blending classic turntablism with cutting edge tech prowess, Geoff has been touring as Stylust Beats since 2008.

TOADFACE
Toadface is a bass music producer hailing from Dayton Ohio. He incorporates influences from many different genre's along with adding swampy textures and ambient mystical soundscapes to create a vast experience. His unique sound design mixed with quirky flows but still containing danceable elements makes every track a unexpected journey for the listener. Toadface has been touring since 2013 and hasn't stopped since. He is now a nationwide known name. When he isn't touring or producing, he enjoy going on jogs with his golden retriever. Toadface always brings a set you don't want to miss, and his fans are eager to see the next chapter in his journey.