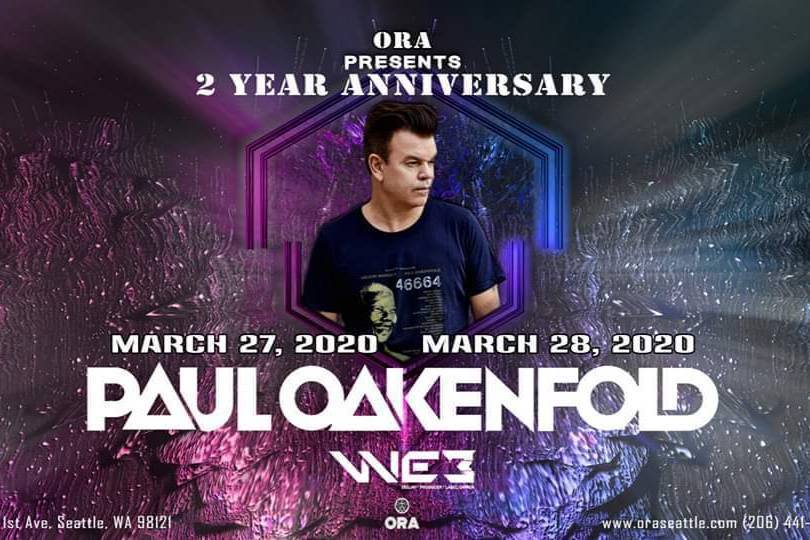 Ora Presents Paul Okenfold. There will also be an special meet &n Greet on Saturday March 28 at 7pm with Music/Drinks and Appetizers.

PAUL OAKENFOLD
When it comes to a career the magnitude of Paul Oakenfold it’s hard to encompass one of the true legends of electronic music into just words. For over 3 decades he has elevated and shaped an entire genre and remains one of the leading forces in the global music scene today. His most recent works have taken him from the DJ booth of the worlds hottest nightspots and festivals to the studio producing soundtracks for Hollywood blockbuster movies. His diversity in artistry and ability has earned him accolades from critics and fans alike. Garnering him not 1 but 2 Grammy Nominations for his works.