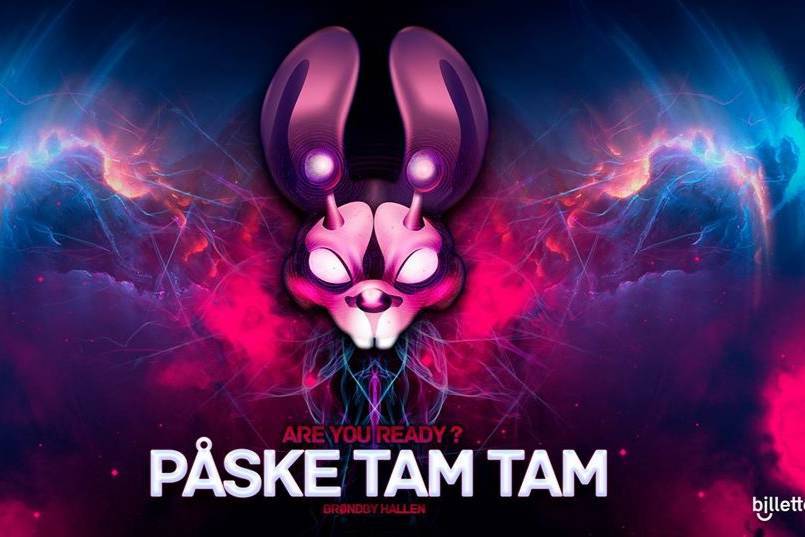 Officially Tam Tam started 10 years ago in 2002 as a private initiative by Jesper Tenka Espark & Phillip Nielsen. In Time around 2008 Jesper Sørensen became partner & sole owner of Tam Tam and made it a part of his compagny. By 2011 Michael Fenger, was invited to help organise and help Jesper Espark, with Tam Tam by Jesper Sørensen & Phillip Nielsen. Later on, from 2012 & 2013 Michael Fenger was solo on the project due to very unfortunate and personal circumstances for 2 partners & 1 withdrew. Since 2014 TAM TAM has been organized by a new group of dedicated individuals - MODOW a.k.a. Penguin Clubbing.

INFECTED MUSHROOM
After two decades of making waves in the scene, Infected Mushroom has earned their reputation as a groundbreaking legend within electronic dance music. Twice ranked amongst the world’s "10 Best DJ’s" by DJ Magazine, with streaming numbers in the tens of millions and a cult following of die-hard fans, the LA-based, Israeli-bred duo has created one of the most powerful kingdoms in the world of electronic music. The combined force of Israeli producers Amit “Duvdev” Duvdevani and Erez Eisen, Infected is world renowned for their sonic innovations, genre-defying sound, and unrivaled production quality. This unique, trademark sound is created by hypnotic arrangements, complex layered melodies, and their willingness to experiment with multiple genres.

PHANATIC
Internationally acclaimed artist Phanatic is Kfir Lankry from the sunny Southern part of israel. With a discography covering well over a decade, and after performing at festivals all over the world, Phanatic has become a mainstay in the worldwide Psychedelic Trance scene. He has been carefully watching the scene, and has re-crafted his unique sound for a new era - combining influences from Progressive and Full-On Psychedelic Trance with a new driving, aggressive, and techie twist. The result is something unlike anything else in the scene right now. With impeccably punchy and clear production, fresh stories and ideas, and a unique driving dance-floor vibe, Phanatic is poised to overtake dance floors around the globe. Look forward to a slew of new releases coming down the pipeline from Phanatic in the very near future!